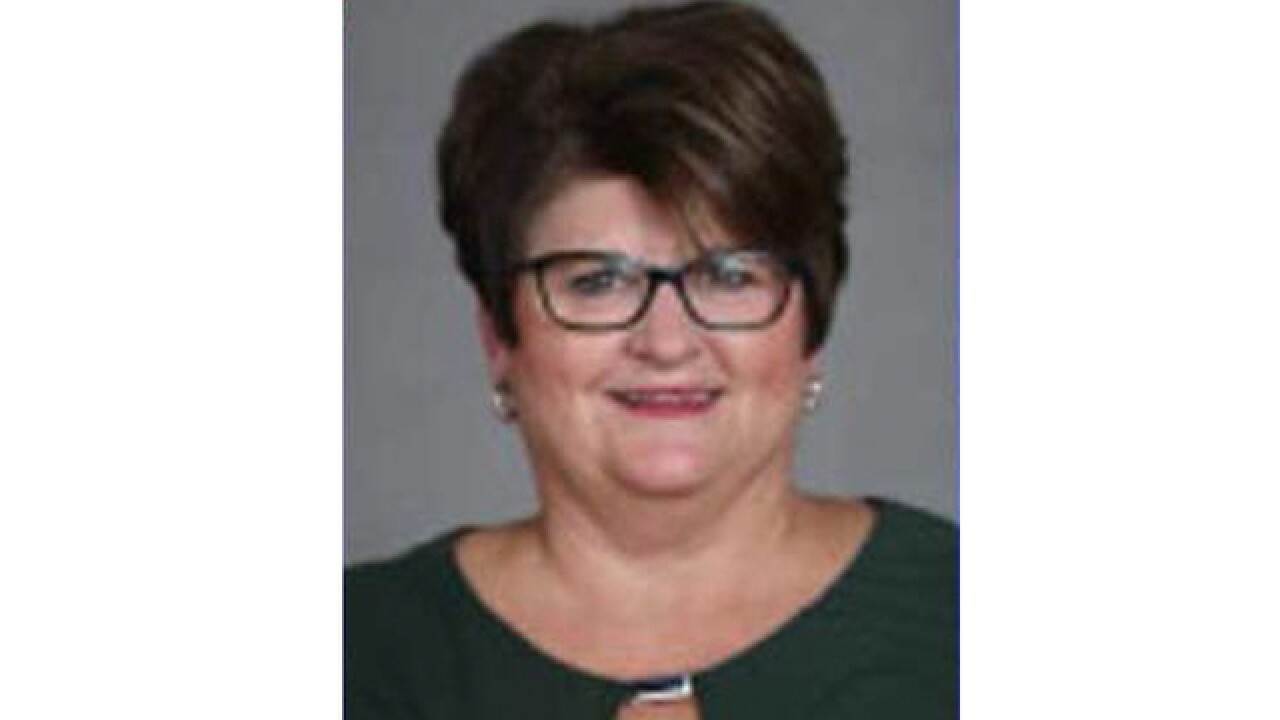 Former Michigan State University gymnastics coach Kathy Klages has been charged with two counts of lying to a peace officer in the investigation into MSU's handling of the Larry Nassar scandal. Special Independent Counsel Bill Forsyth says Klages told investigators she was never informed of Nassar's sexual abuse before 2016. Multiple survivors say they reported it to Klages before then but that she failed to take action and even tried to talk them out of going to police. The Attorney General's office tells wilx.com Klages has been given until the weekend to turn herself in.

One of them is former MSU gymnast Larissa Boyce who says she told Klages in 1997 that Nassar molested her. In February she testified before a state Senate committee saying, "Instead of being believed, I was questioned, embarrassed and humiliated by Kathie. She did not notify the proper authorities or even my parents Instead she told the man who was abusing me, which only enabled and empowered him to continue abusing, make him feel like he was invincible."

"Instead of being believed, I was questioned, embarrassed and humiliated by Kathie."

When reached Thursday Boyce told wilx.com she was aware of the charges but could not comment on the story.

The mother of gymnast Lindsey Lemke told wilx.com Klages defended Nassar even after he was arrested. She says Klages tried to convince her Lemke misread what Nassar was doing when he penetrated her with his bare hands during what was supposed to be a medical treatment. Lindsey Lemke told wix.com she is excited and relieved to hear about the charges against Klages. She says she "received a lot of backlash from the MSU community" for going public with her story and that's she glad she stuck with her gut.

Other members of the gymnastics team say Klages asked them to sign a card for Nassar in the fall of 2016 to let him know they were thinking about him.

Michigan State suspended Klages in February of 2017. Then-athletic director Mark Hollis wrote, "Your passionate defense of Doctor Nassar at a September 12 meeting created an emotionally charged environment for the team. That has not abated and my concerns led me to suspend you with pay." Klages announced her retirement the next day. Her lawyer released a statement saying her client was, "Extremely distressed by the accusations that have been made about her creating any sort of impediment to gymnastics reporting complaints." The statement went on to say, "Had she ever received any information to cast doubt on the appropriateness of that trust in Doctor Nassar she would have reacted immediately to protect her gymnasts."

Coaches are not considered mandatory reporters under state law. Legislation passed by a Senate committee in June would add them to the list. If the full Senate passes the bills that change would have to be reconciled with bills passed by the House in May. Those bills do not make coaches mandatory reporters.

Klages is listed as a defendant in several lawsuits filed by Nassar survivors. Many of them have settled with Michigan State University but are still suing Nassar, Klages and others.

"Kathie Klages is no longer an employee at Michigan State University. The university was not present when she gave statements to the Michigan State Police, so we have no comment on what she told investigators or the charges announced today. MSU is committed to implementing changes for the fall semester that enhance prevention and education programming and establish new safety measures as well as increase resources and support for survivors of sexual assault."

The warrant for Klages was signed by 54-A District Court Magistrate Laura Millmore. It charges Klages with a felony count that carries a four-year prison sentence and a fine of up to $5,000. The other charge is a misdemeanor punishable by up to 2 years in prison and a $5,000 fine.

The Attorney General's office says the investigation in to MSU's handling of the Nassar case is ongoing. Former MSU College of Osteopathic Medicine dean William Strampel has also been charged as a result of the investigation. News 10 and wilx.com will continue to keep you informed and updated on this story.