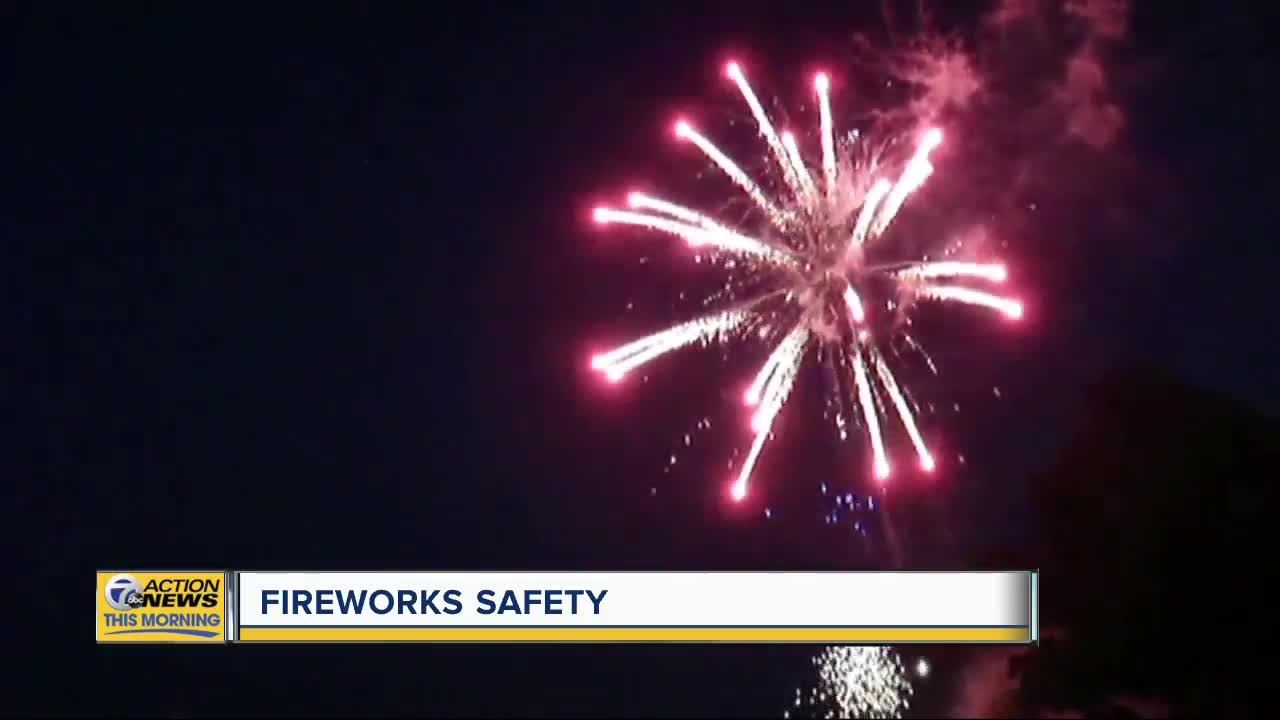 How you can enjoy fireworks and keep the dangers to a minimum.

Love them, or hate them, fireworks are one of the most noticeable parts of Fourth of July celebrations.

“We don’t really recommend that people use consumer fireworks,” said Captain Dixon, “but if you must, follow the rules.”

Dixon said that starts before you’re even ready to light fireworks, noting that where you store them in the days leading up to the Fourth of July matters, too.

WATCH WHERE YOU STORE FIREWORKS

Where you store fireworks matter. It’s important to avoid store fireworks in a place where they can catch fire on accident — avoiding other sources of ignition helps, but as Dixon notes, even knowing where people smoke matters.

“You tell Uncle Willy he can’t smoke in the house,” said Dixon, “and the next thing you know he discards a cigarette and boom, bang POW!”

There is a term tied to fireworks called “safe and sane.”

It’s reserved for smaller fireworks like firecrackers, sparklers and other items that don’t explode in the air. Emergency room experts like Sarah Ash Combs cringe at the title, because they lead to more injuries than the big fireworks.

We are SO CLOSE to the #FourthOfJuly — this morning we talk safety and kids on @wxyzdetroit. pic.twitter.com/vrvTrPUvzn

Often times, smaller children are allowed to use things like sparklers, but as the CPSC has warned: sparklers can burn up to 2000 degrees. That’s hot enough to melt glass or gold, and certainly hot enough to burn children. Many sparklers are made with metal handles that can be bent and allow for sparklers to get even closer to skin or clothing — which as Detroit Fire Captain Chris Dixon showed us, doesn’t take long to lead to a fire.

Drinking should never be paired with fireworks, but Captain Dixon said it’s too common for parents to be drinking while watching children as they used smaller fireworks. As noted above, small fireworks lead to more injuries than most people realize.

According to the National Safety Council, an estimated 1,200 injuries happen from “safe and sane” fireworks.

While it seems to obvious to write, don’t hold larger fireworks close to your body. There are documented instances, both locally and across the country, where people have split their heads and/or chests open by trying to launch fireworks off their bodies.

Captain Dixon uses a medium-sized charge each year in fireworks demos to explode anything from a watermelon — which is similar to the consistency of a human head — to a cinder block.

The takeaway: you can’t survive a firework — follow the directions.

Reminder as we head toward #FourthofJuly — fireworks aren’t toys. This melon represents a head... S/O to @DetroitFire and the folks at Mega Fireworks Tent at 8 Mile/75 for helping us gather video/examples for our Monday AM story on @wxyzdetroit. pic.twitter.com/ooP5BUndS4

“This is all we have left of the watermelon,” said Captain Dixon, following the explosion of a watermelon during a recent demonstration. “We can see how explosive that charge is and how dangerous if you hold it close to your head.”