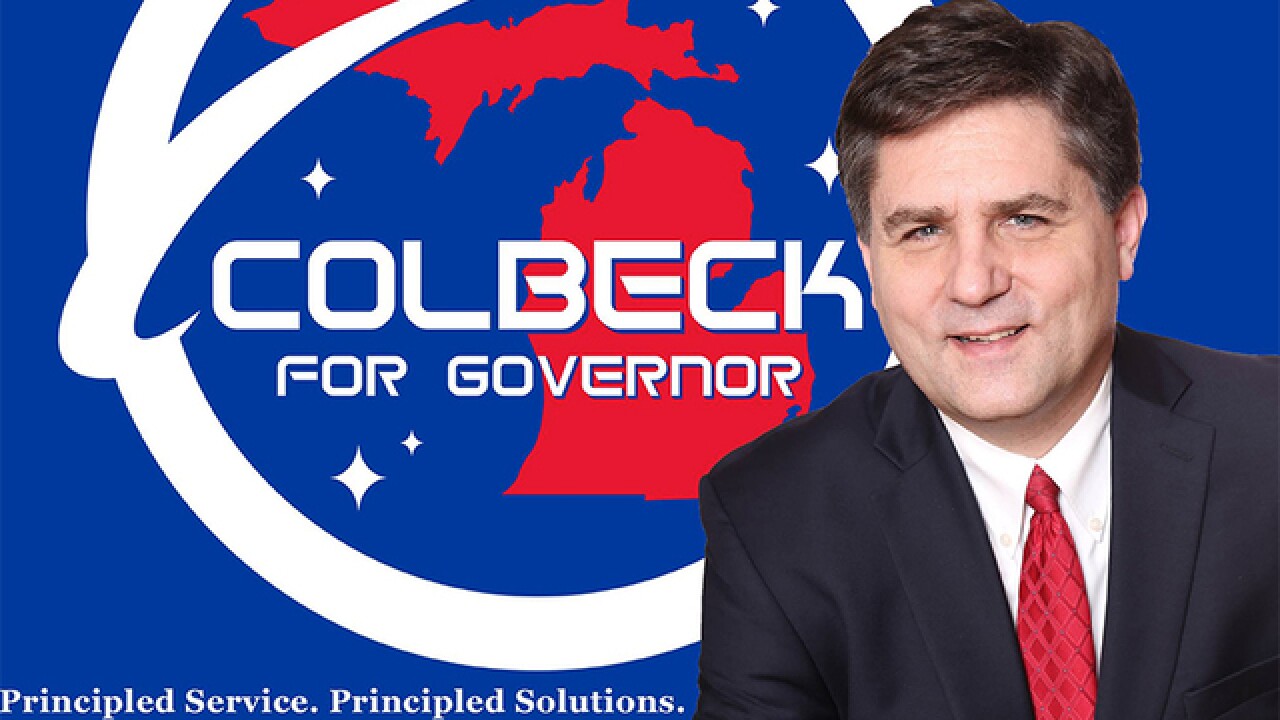 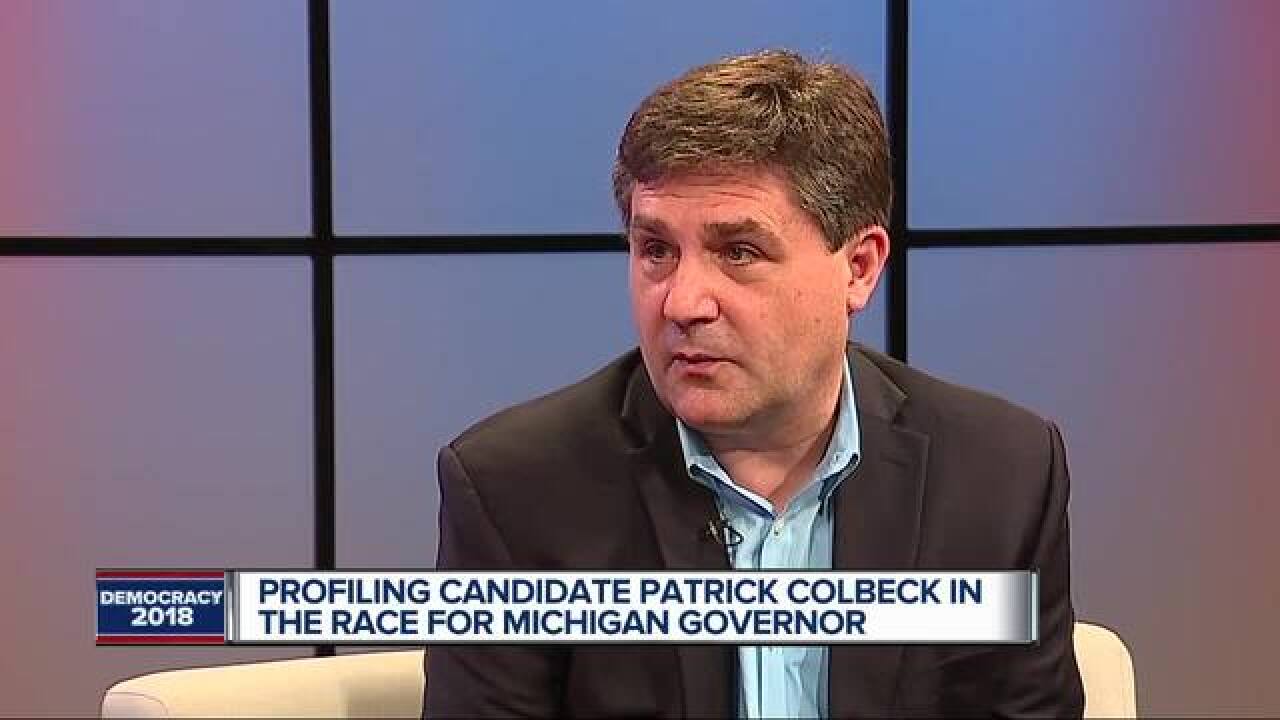 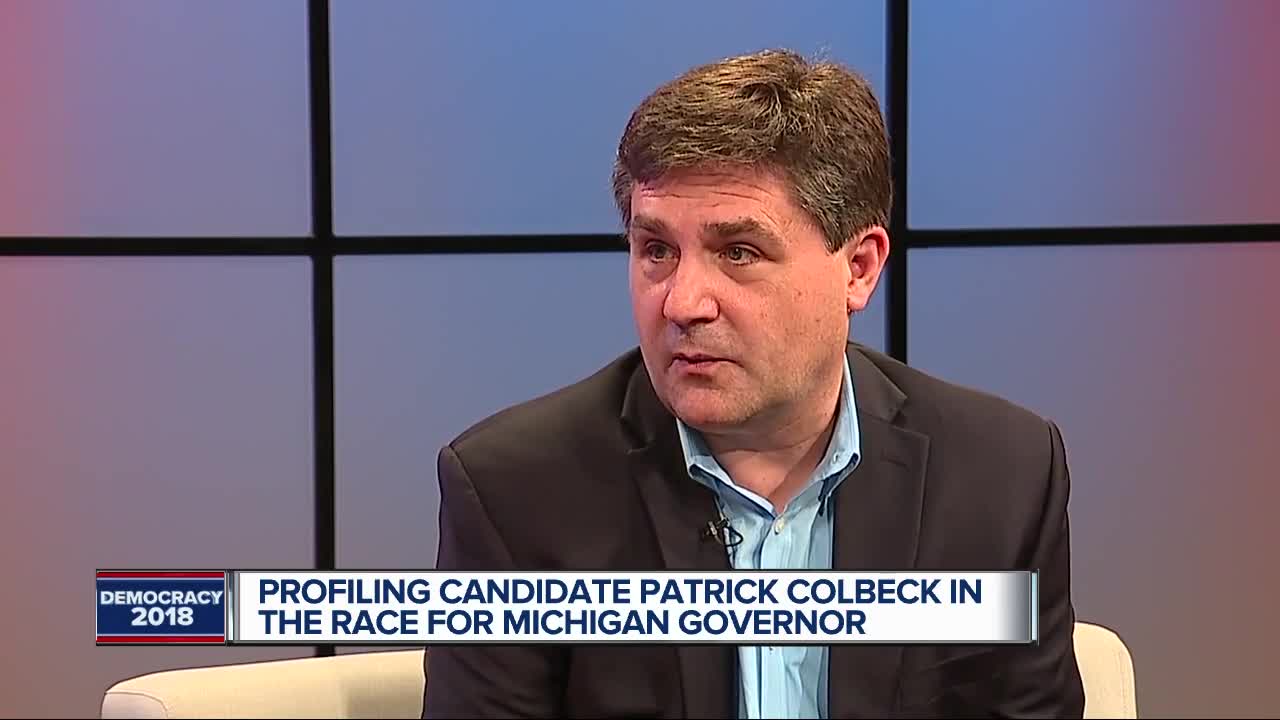 Ahead of the Aug. 7 primary election, 7 Action News is sitting down with candidates for governor and U.S. Senate to learn more about them and their ideas.

We spoke with State Sen. Patrick Colbeck, a Republican candidate for governor. Below are his answers to our questions. Watch the video above.

Q: What doesn't the average person know about your interests and hobbies, who you are outside politics?

Q: What are your thoughts on current Michigan gun laws?

A: I support the 2nd amendment. I am definitely biased towards the individual rights. Honoring my constitutional oath.

Q: Legalization of marijuana is a huge topic of debate. What is your stance?

A: A drug test is a litmus test for whether someone is going to get employed or not. If they’re not employed that leads to an increase in government assistance requirements. If the people do choose to pass recreational marijuana on the ballot, we’ll find a way to make it work but I’m not excited about it.

Q: How can we provide a better education for students in Michigan? Do you support charter schools?

A: I believe all boats rise when you have a competitive school of choice environment. So, I’m a proponent of charter schools, cyber schools, home schooling as well as traditional public schools.

QUESTION: Roads in Michigan are among the worst in the nation. What will you do to fix this major infrastructure problem?

A: We don’t need to throw more money at the problem or increase taxes to fix the roads. You have to focus on quality. Long term you’ve got to focus on advanced construction techniques that keep the water out of the roads.

Q: The Flint Water Crisis is an ongoing issue for the people in that city, and a scar for the state of Michigan. What needs to be done next?

A: We’ve got a lot of communities with worse lead content in their pipes than Flint does. You’ve got to prioritize and work your way down.

Q: You’ve faced criticism for attacks on Muslim American opponent Dr. Abdul El-Sayed who you state has ties to a terrorist organization. Can you explain that?

A: They’ve had Al-Qaeda speakers come in at their Muslim student association breakfast. That is a concern. He was Vice President of an organization with ties to Muslim brotherhood, a designated terrorist organization by majority Muslim countries.