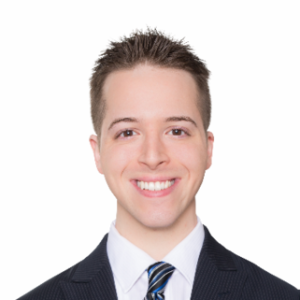 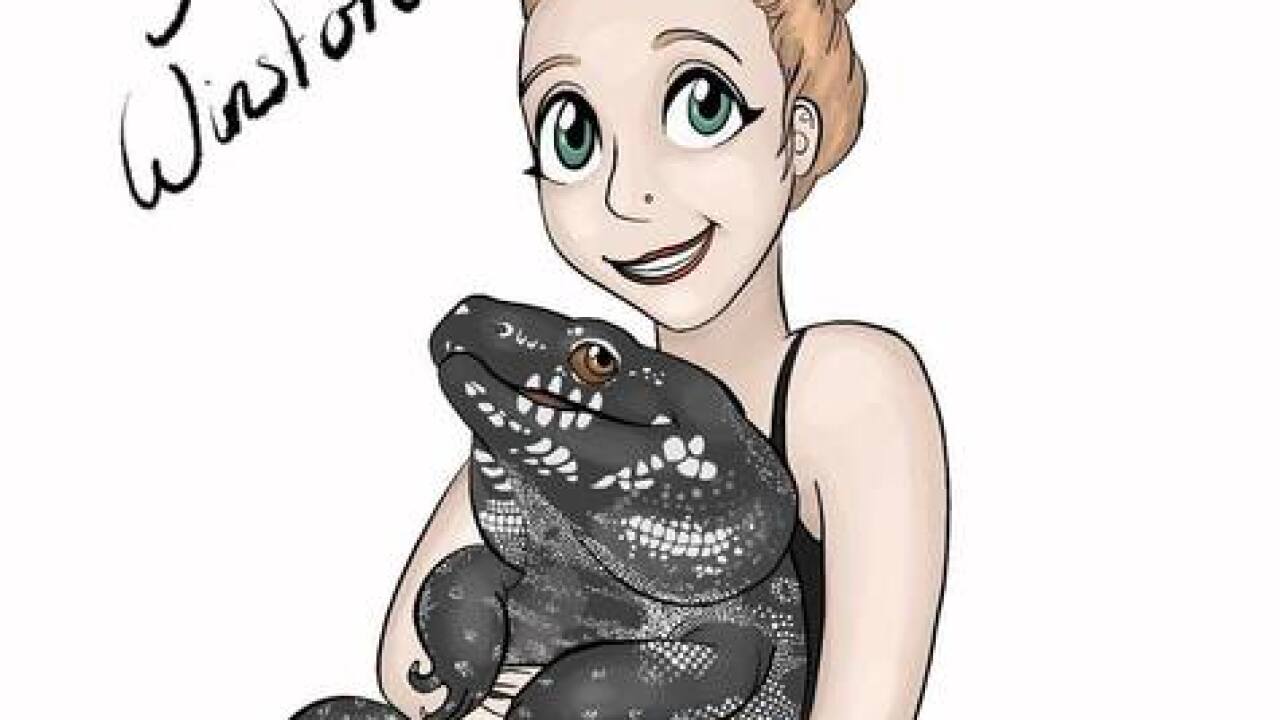 Copyright 2017 Scripps Media, Inc. All rights reserved. This material may not be published, broadcast, rewritten, or redistributed.
<p>Credit: Sarah Curry</p> 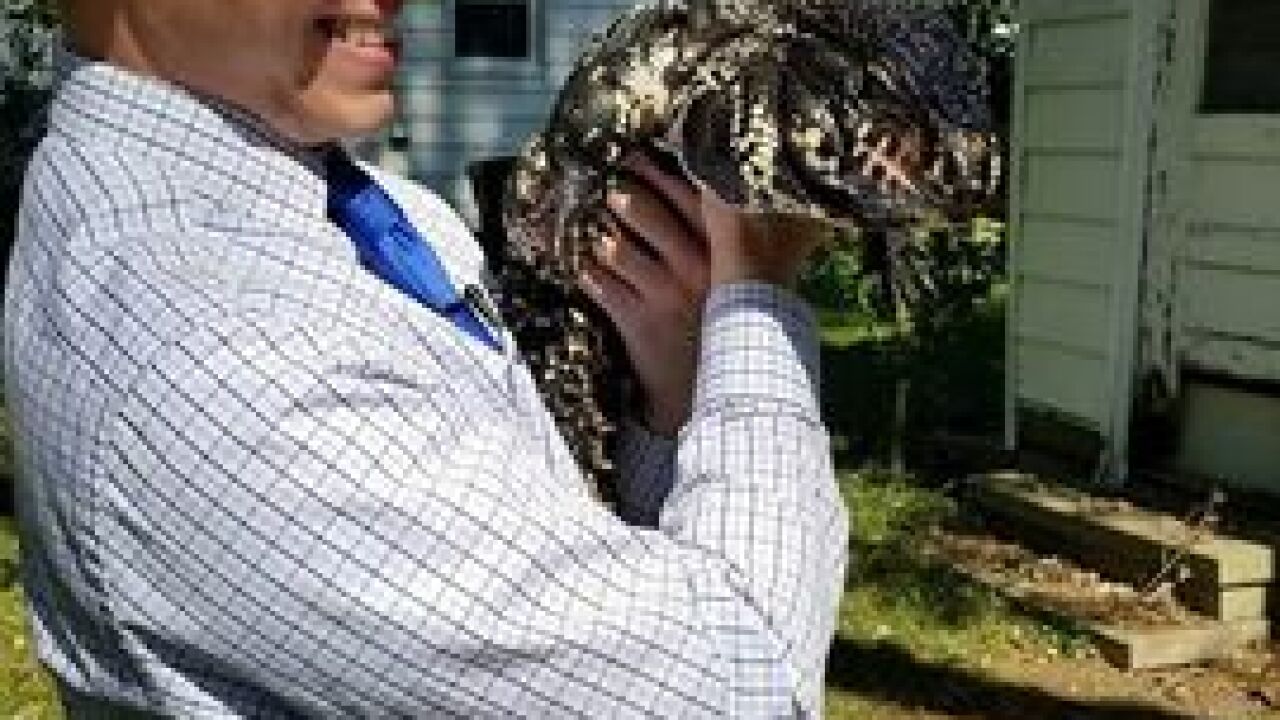 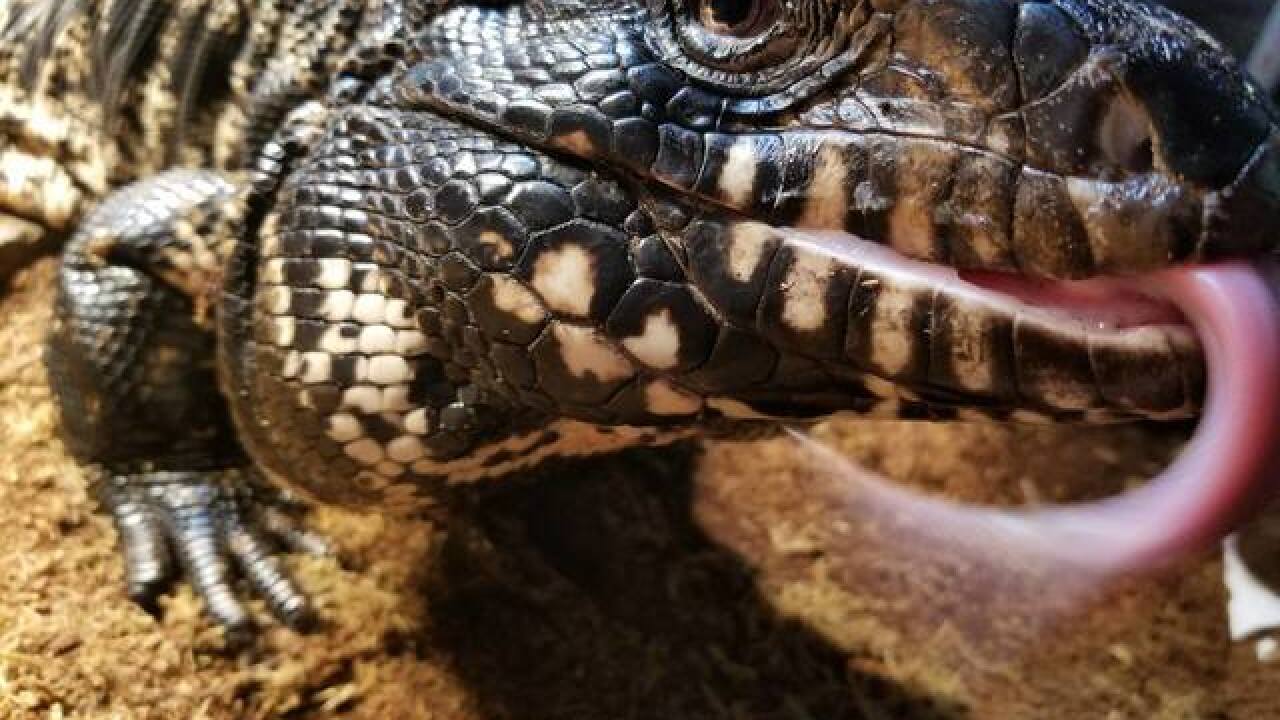 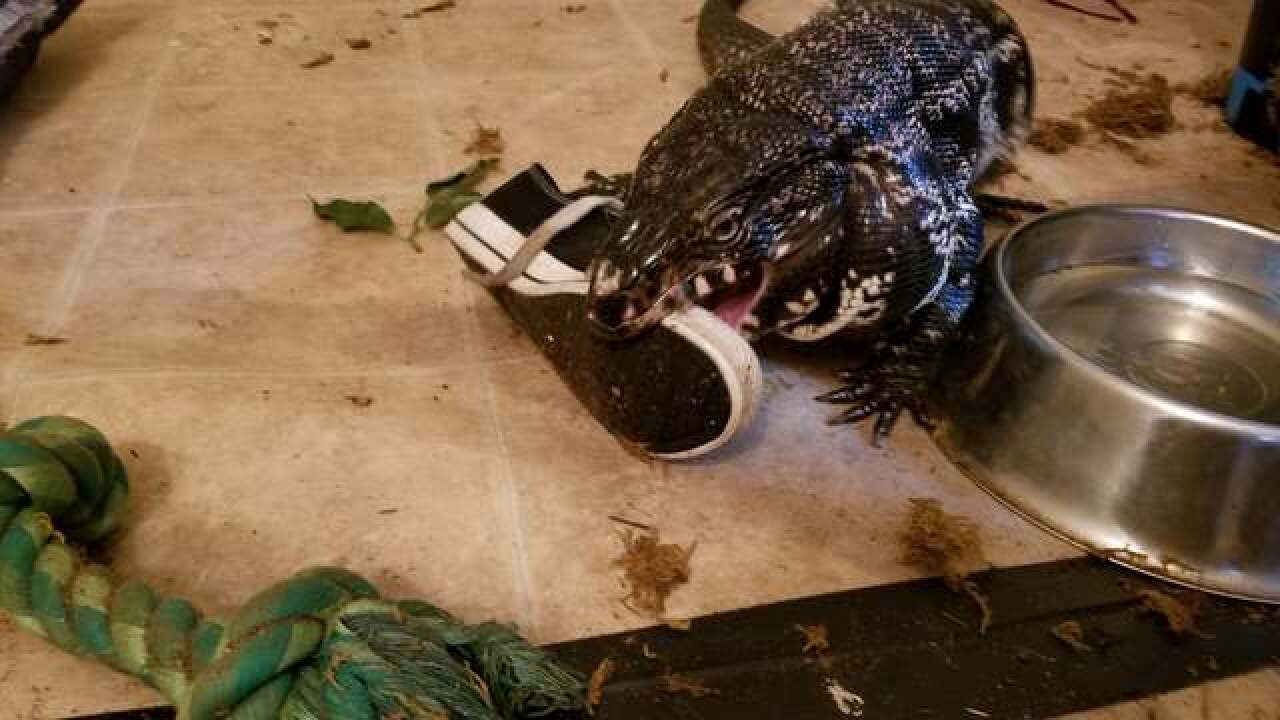 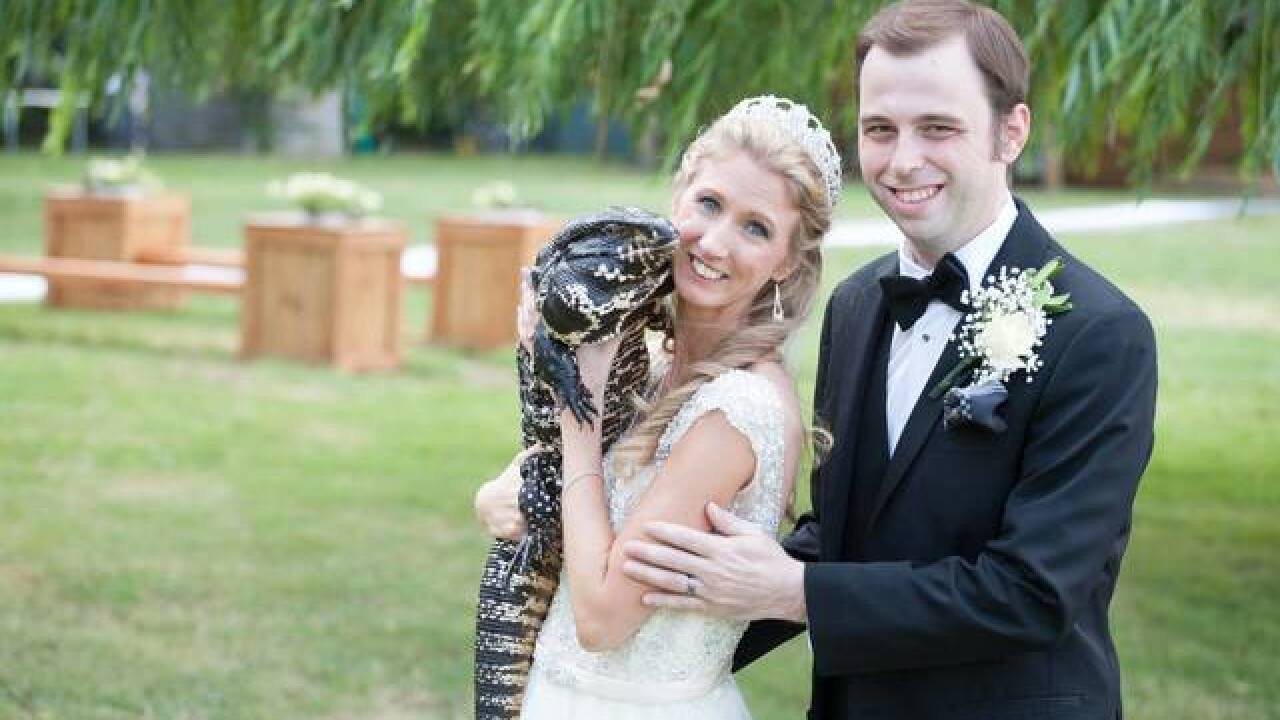 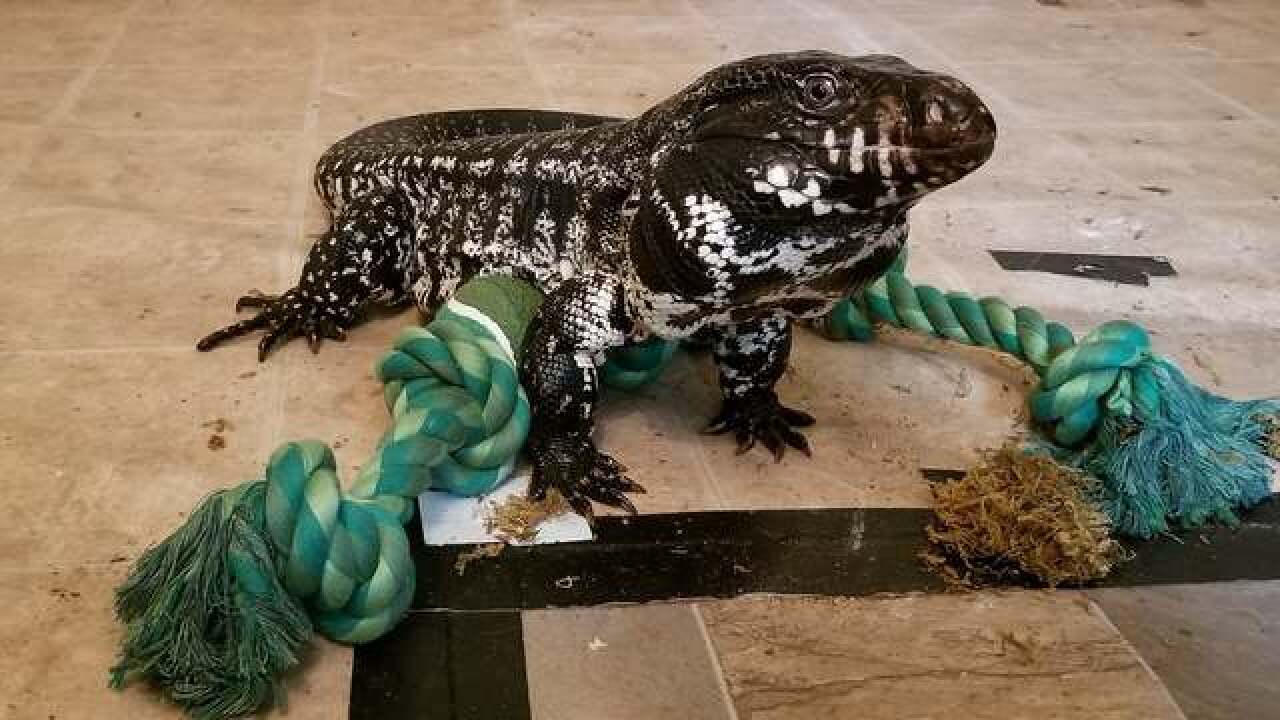 Meet Winston, a nine-year-old Argentine black and white tegu, a lizard species well-known for being highly intelligent. He's house-broken, comes when called and loves to go for walks outside.

"I never thought in my life that I would enjoy a reptile's company as much as I do with him," says Sarah Curry, Winston's owner and a Lansing resident.

She says that Winston weighs about 15 pounds and is about four feet long, and notes that he has big cheeks with a powerful jaw. He's an omnivore and eats just about anything commonly found in a grocery store.

Sarah Curry is a 29-year-old Michigan native and a lifelong reptile owner. She adopted Winston in 2015 after her bearded dragon passed away. They quickly forged a strong bond and she says the cuddly lizard has had a hugely positive impact on her life. Winston was even the ring-bearer at her wedding.

"Ever since I got him, my passion just blew up, and I had to tell the world, like oh my gosh, he's great. He has made me want to go above and beyond to help reptiles, to educate people, and he's just incredible," says Sarah.

Curry runs a Facebook page called "Winston the Tegu." It has a rapidly growing number of likes. As of November 2017, that number was at 49,000 and showing no signs of slowing down.

She shares a lot of fun moments of the big guy, but her main focus is to educate. She shares advice for less informed reptile owners and for those looking to adopt in the future. Curry says that it's not uncommon for uninformed new owners to adopt a reptile, not realizing their special needs, unique expenses or their potential size.

She suspects that's what happened with Winston. He's a rescue. Years ago, he was abandoned in a box at the Great Lakes Zoological Society in Ann Arbor. The zoo closed in 2015, and Curry adopted the suddenly homeless tegu, but she says he had a good life during his time there.

"Winston was part of an educational program and he was around kids all the time. That's probably why he's so great around other people. He wants to approach you. Just watch out for your shoes. He loves shoes," joked Curry.

They have another mission on Facebook: to find his original owners. Curry has no hard feelings, but she wants to know Winston's history and why he was abandoned.

"I'm pretty sure that it was all good intentions because if they didn't care, they would have just given him to somebody else, so I give them props for taking him to a zoo," says Curry.

So far, no luck, but Winston has become very popular as a local exotic pet. When out for walks, neighbors quickly see his friendly demeanor, but he's often met initially with fear. Experts at Potter Park Zoo say reptiles are a common phobia, mainly because they're not very relatable.

"They're not as easy to understand, right? They're not a mammal like we are. They don't necessarily have the same characteristics. They don't think in the same way that we think," says Sarah Pechtel, General Curator at Potter Park Zoo in Lansing.

Pechtel says overcoming those fears is all about exposure, seeing or even touching reptiles in a safe and controlled environment. She says the zoo offers Keeper Chats, where visitors can see animals, like snakes or turtles, up close in the company of a trained expert.

Potter Park Zoo has about 20 different reptile species on display. Pechtel says the zoo is very respectful of fears, but recommends adults with reptile phobias to not push their fears onto their children.

"Be a little bit interested. They are unique and they're really cool. Reptiles have a lot of really unique adaptations that mammals don't have," says Pechtel.

If you are interested in owning a reptile for the first time, Pechtel and Curry offered the same advice: "Research!" Unlike mammal pets, while species vary, many reptiles require specific heating and UV lighting requirements, and they can have a very different diet. They also may shed their skin and brumate during the winter.

Curry says she spent eight months researching tegus before adopting Winston. In fact, in order to sign the adoption papers, she had to pass a test proving her knowledge, and she had to provide evidence that she had a proper enclosure with appropriate heating to house a tegu.

Now approaching two years together, Sarah Curry goes beyond Facebook to share Winston with the world. She sells Winston calendars and jewelry made from Winston's shed skin, all found on Etsy. 2018 calendars will be ready by mid-December.

Half of her sales are donated to the Michigan Society of Herpetologists, and the other half is funding her upcoming children's book with a lesson about not judging a book by its cover.

"It's a book where Winston is trying to find friends," says Curry.

It's due for release in 2018 with a sequel already in the works.

If you'd like to see Winston in person, he will be meeting and greeting folks at the Novi Pet Expo November 11-12. In mid-November, Winston and Sarah will be featured on "The Dodo", an extremely popular animal website that has over 16 million followers on Facebook.