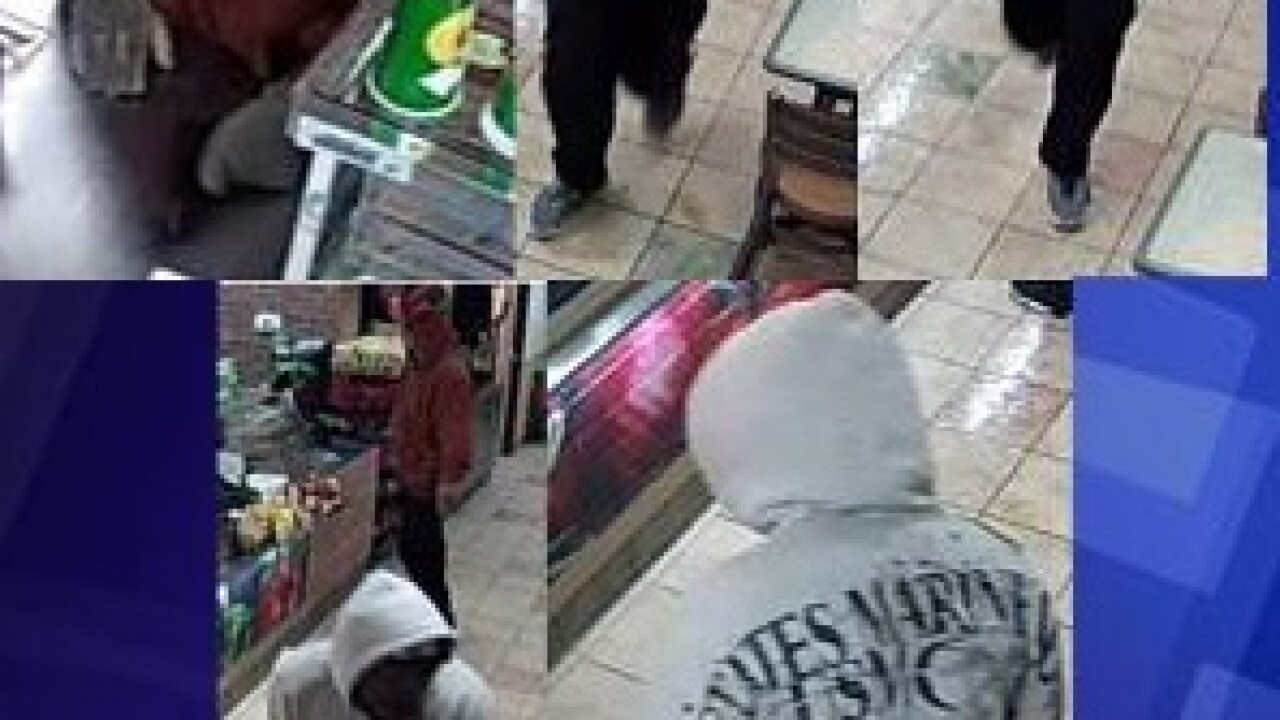 This is the second armed robbery at the restaurant in under two weeks.

The robbers walked into the Subway near South Pennsylvania and Mt. Hope avenues around 7 p.m. Sunday night, a Lansing police sergeant said.

LPD says one of the suspects went up to the counter with a gun and demanded money. The second suspect acted as the lookout.

The suspects are described as a white man, about 6 feet tall with a thin build and wearing an orange hooded sweatshirt, dark pants and gray running shoes; and a black man, who is described as wearing a gray sweatshirt, blue jeans and white tennis shoes.

Police believe the white man had an airsoft gun, which officers found at the scene.

No one was hurt in the robbery and the two suspects left on foot. A police K-9 unit was unsuccessful in tracking them down.

This is the second armed robbery in under two weeks at that Subway and the third robbery in three months. On Feb. 1 [wilx.com], three young men walked into the restaurant with covered faces and demanded cash. One of them also had a gun. On Nov. 6 [wilx.com] last year, a man walked in and grabbed cash from the register. No one was hurt in either robbery.