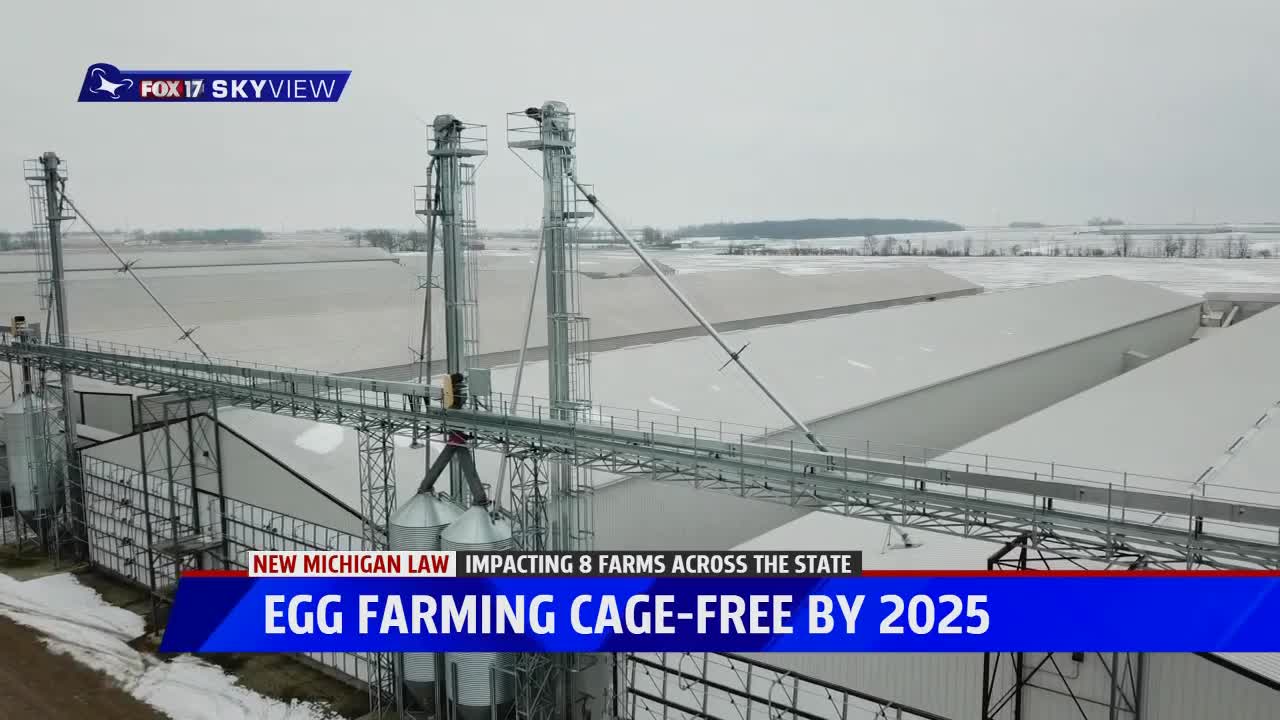 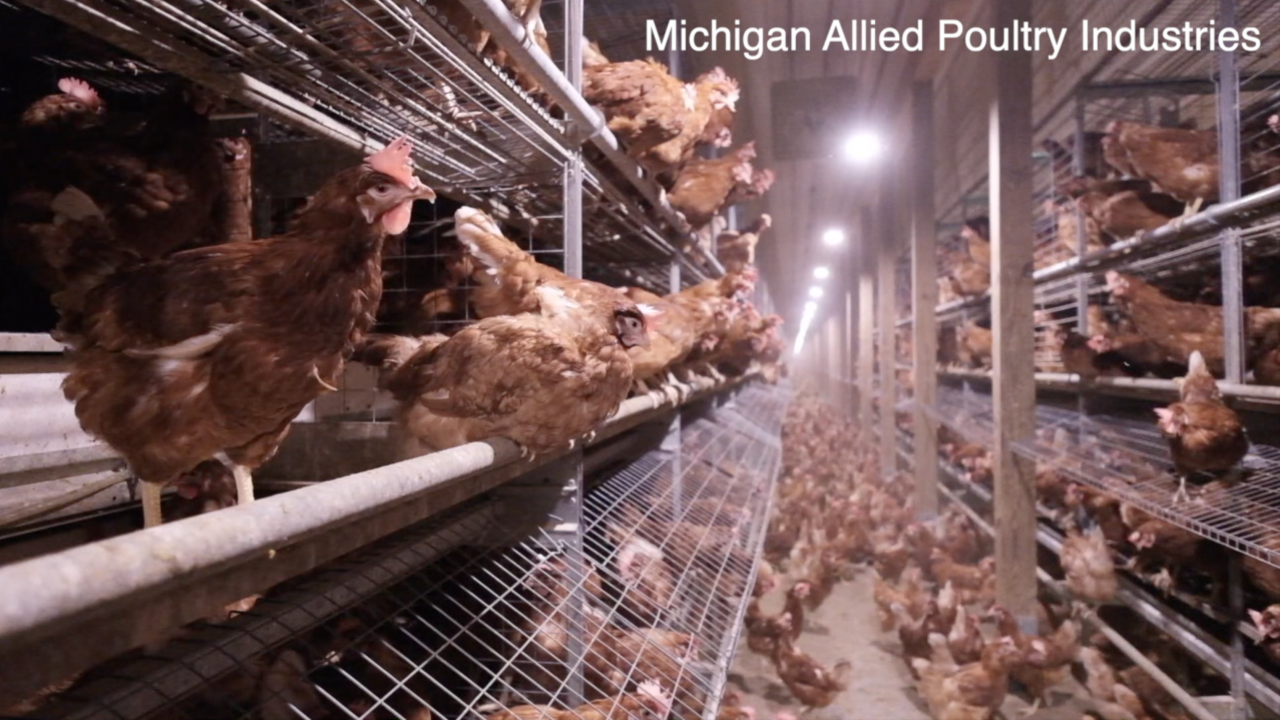 By 2025, Michigan egg farmers must operate entirely cage-free. The bill was passed in November 2019 by the Michigan legislature.

Many of the large-scale farms are already planning their transition with the change.

"You have to plan ahead ahead, and we are doing that," said Tim Schipper, vice president of Schipper Eggs in Holland.

When at full capacity, Schipper Eggs hosts 1.8 million laying hens in their barns. Each hen lays one egg per day. About one-third of the farm's operation is already cage-free while the rest is conventional methods, which include cages. Under the new law, most farms will have to demolish a large majority of their buildings and start from scratch.

"Everything else that is not cage-free already will be torn down flat to the ground, and we will start over and build cage-free from there," said Schipper. "So the cost will be enormous for Michigan farmers, but the new bill being passed really helps that because we have 5 years for that transition."

Many vendors and consumers are already purchasing or asking for cage-free. The change comes due to market demand and will cost egg producers $600 million dollars to convert their facilities.

"It's really a consumer-driven issue, and we want to do what is best for the consumer," said Schipper. "If the consumer wants cage-free, then we we are going to provide cage-free."

Michigan Allied Poultry Industries says the law had been in the works for the past five years in Lansing and within the industry.

"Michigan is going to be a national leader in cage-free egg production, and we are really proud of that," said Allison Brink, Executive Director of Michigan Allied Poultry Industries. "We're really proud of our farmers for making that transition."

Michigan will be the fifth state to put a law into action, designating an entirely cage-free industry. It is also the largest of the five states currently with this type of legislation.