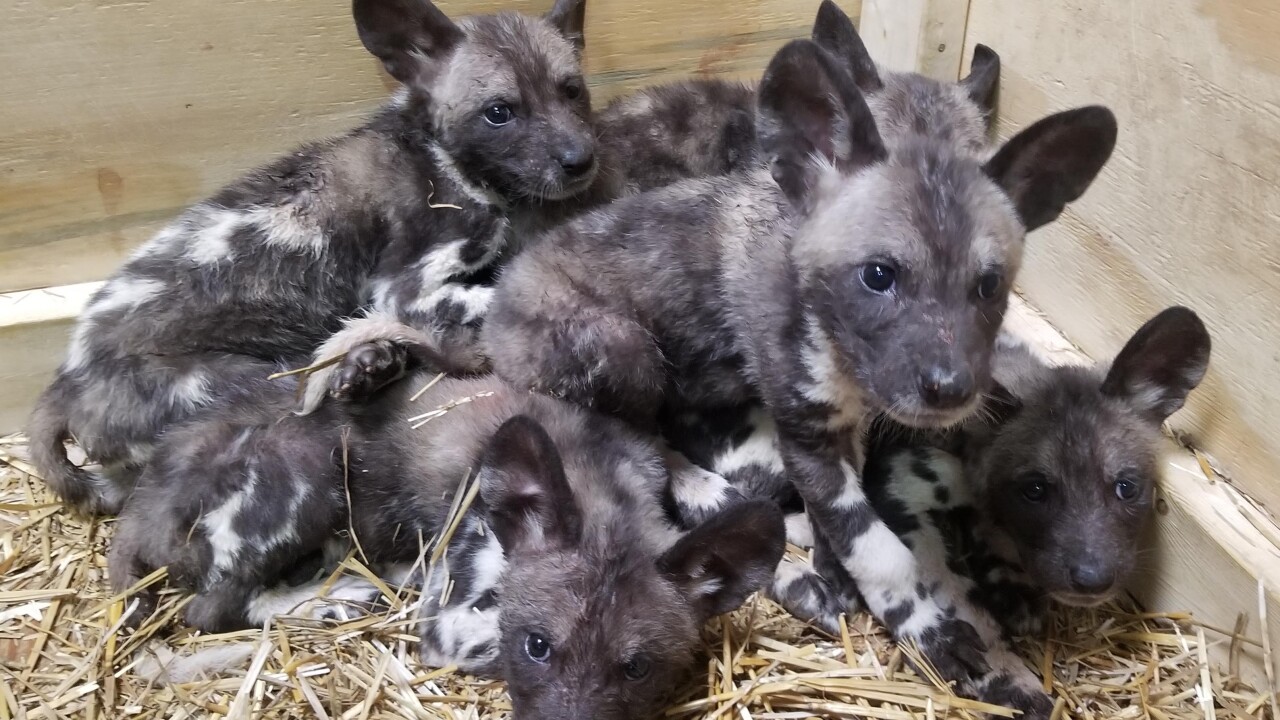 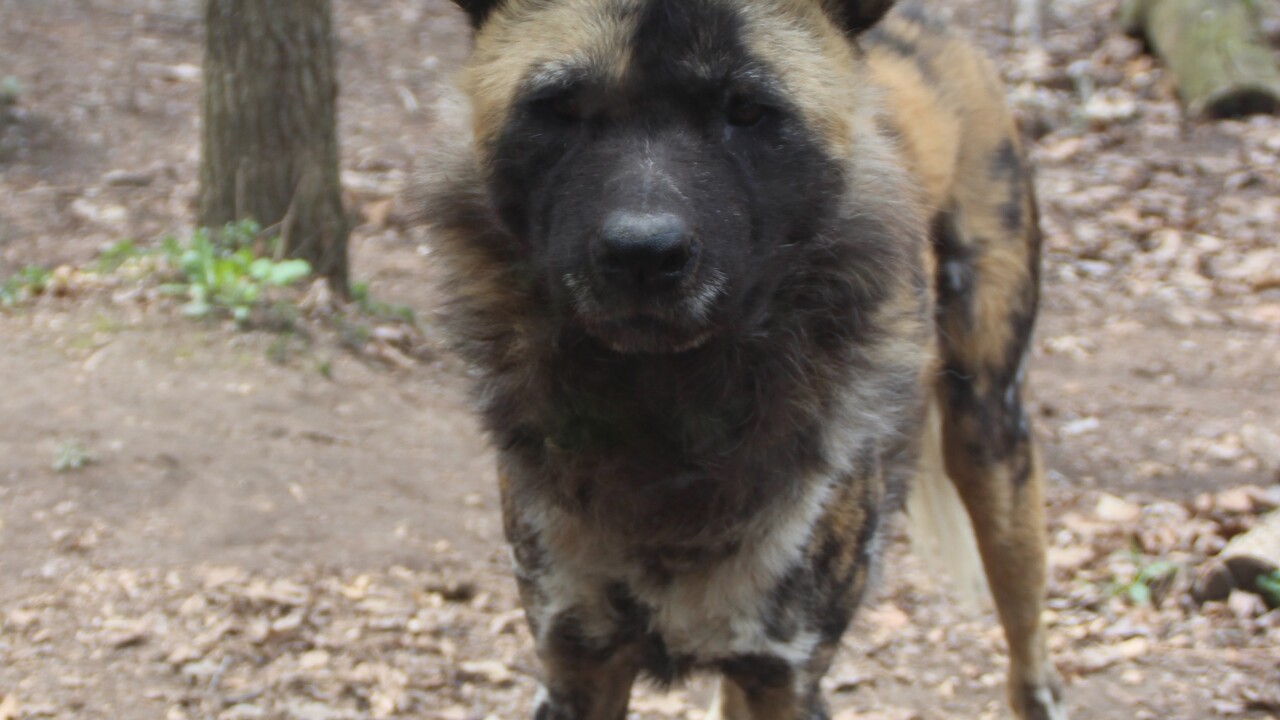 BATTLE CREEK, Mich. — Binder Park Zoo is mourning the death of its senior African painted dog, Verizon. Verizon died on October 30, and a necropsy confirmed gastric dilatation volvulus (GDV), as the cause of death. Also known as gastric torsion or twisted stomach, GDV is a life-threatening medical condition that can affect any canine but is most common in large breed domestic dogs. GDV has also been reported in rare instances in wild canid species like African painted dogs. “At 12 years old, Verizon was considered a senior, out-living both his brothers which the zoo lost from cancer over a year ago.” said Dr. Kim Thompson, staff veterinarian at the zoo. Thompson continued, “Verizon had been in relatively good health but was on several treatments for advanced arthritis, not unexpected at his age. His recent litter of 11 pups seemed to help keep him active and always on his toes. The loss of Verizon due to a GDV was sudden and unexpected, as he showed no abnormal signs or symptoms of GDV the previous day.”

Verizon was born in 2007 at the Bronx Zoo and was one of a trio of brothers who came to Binder Park Zoo in 2012. Verizon sired his first and only litter of eleven pups in November 2018 with his mate Ghost on a Species Survival Plan (SSP) breeding recommendation through the Association of Zoos and Aquariums (AZA). It is estimated that there are a little over 6,000 individuals left in the wild making them the most endangered carnivore in Africa. Genetically under-represented in the North American gene pool, Verizon and Ghost’s genetics are valuable, and their resulting litter of seven males and four females was a significant success for conservation of this species. Binder Park Zoo will continue to work with the SSP to help increase the genetic diversity of this species. “It was a triumph for Verizon to sire a litter at his advanced age and then to observe him be an attentive “dad” to the pups – it was impressive to see his natural instinct kick in to father the pack and support his mate,” said Kathryn Sippel, Curator of Collections at Binder Park Zoo. Sippel continued “He seemed to enjoy playing with the pups and didn’t hesitate to correct them when they misbehaved just as would happen in the wild. It is critical that each individual understands and respects the pecking order in the pack.”

On average, life expectancy of the African painted dog is 7-9 years in the wild and 10-12 years in captivity. Also known as wild dogs, cape hunting dogs or painted wolves, Lycaon Pictus can be identified by their uniquely patterned, multi-colored coats and outsized ears. They are intelligent, form very strong social bonds and typically live in permanent packs led by the dominant female.

Located in Battle Creek, Binder Park Zoo is the only AZA accredited facility in Michigan with African painted dogs in its collection. The zoo is now closed to the public for the season and will open in December for Zoolights. The zoo’s 2020 season opens on April 16, 2020. For more information about Binder Park Zoo, go to www.binderparkzoo.org [binderparkzoo.org]