YMCA of Lansing honors partners for making a difference 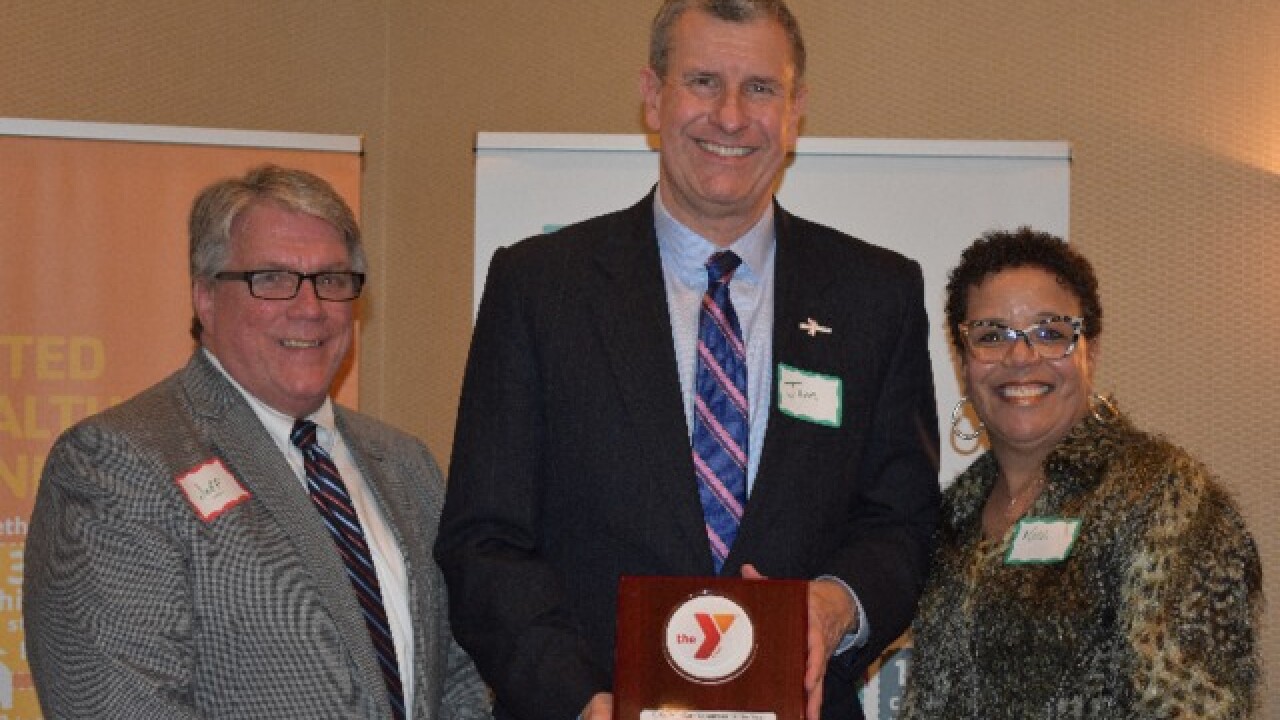 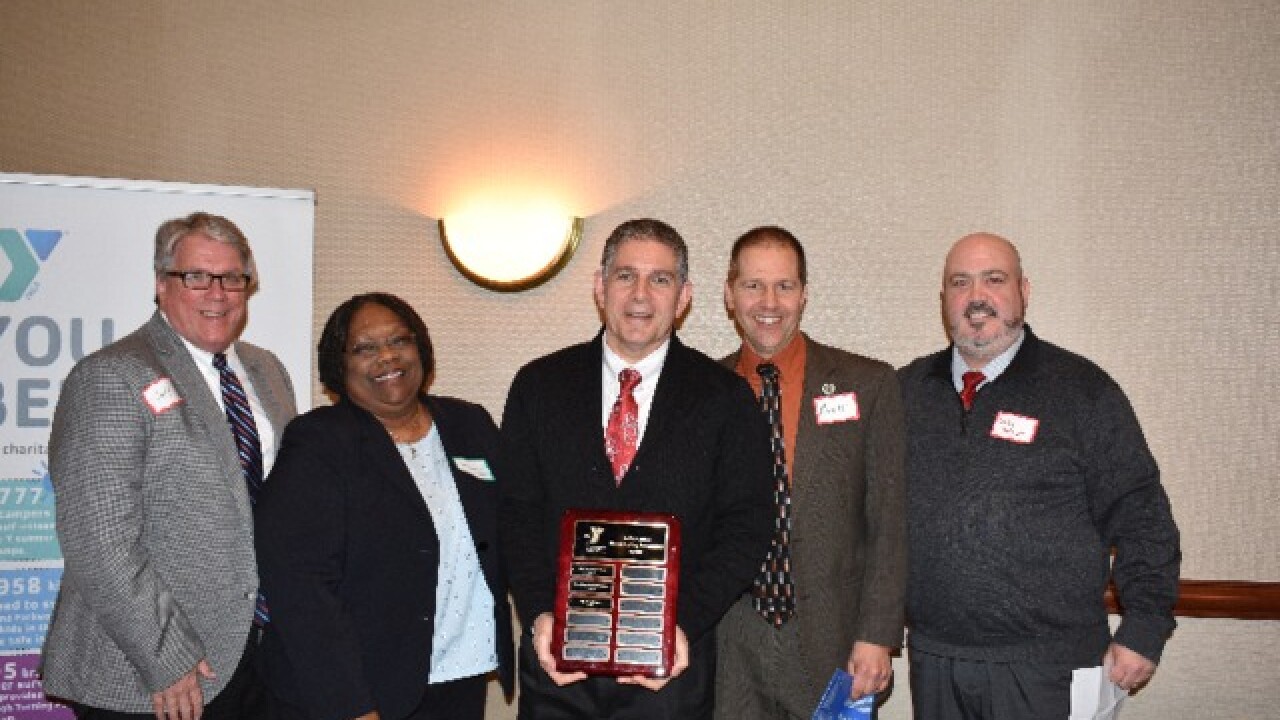 After an incredible year made possible by dedicated partners and volunteers, the YMCA of Metropolitan Lansing presented two awards to community members in honor of their commitment and service to the Y.

The City of Lansing received the Kellie Dean Healthy Living Community Impact Award. This award honors the City’s collaborative efforts to improve the health and wellness of our community. Through their commitment to at-risk youth, the City of Lansing has had a dramatic impact on local children and their families for many years.

Since 2007, more than 800 at-risk youth from the Lansing School District have attended the Mystic Lake YMCA Mayor’s Camp, learning leadership skills that help them rise above the challenges they face in their daily lives. The City also supports year-round meal programs through the Y’s Healthy Living Mobile Kitchen – a retrofitted 54-passenger, handicap accessible bus that serves year-round meals to local youth, combating the hunger that many children face. This summer alone, the Mobile Kitchen served 9,735 meals throughout Lansing. The Aquatic Safety Programs, another collaborative effort with the City, provides swimming and water safety instruction at the City’s three public pools.

James Schmelter, Senior Vice President of PNC Financial Services, received the C. Colton Carr Volunteer of the Year Service Award for giving more than a decade of service to the YMCA of Metropolitan Lansing. He served as Chair of the Board of Directors; provided visionary service on the Capital Planning Task Force; and participated in various committees, including Board Development and Finance. Schmelter is the 36th annual recipient of this prestigious award.

“The YMCA of Metropolitan Lansing is extremely fortunate to have such strong, creative and visionary leaders in both the City of Lansing and James Schmelter, who are committed to working collaboratively to make our community the strongest it can be,” says Jeff Scheibel, President and CEO of YMCA of Metropolitan Lansing. “We value their leadership and are proud to honor their work.”

The C. Colton Carr Volunteer of the Year Service Award is the highest volunteer award given by the YMCA of Metropolitan Lansing, and carries on the legacy left by C. Colton Carr, who dedicated his time to the Y from 1913 to 1979 and served as Board Secretary for 27 years.

Both awards were presented at the YMCA of Metropolitan Lansing’s Holiday Board dinner on December 7, 2017, at the Radisson Hotel, Lansing, MI.