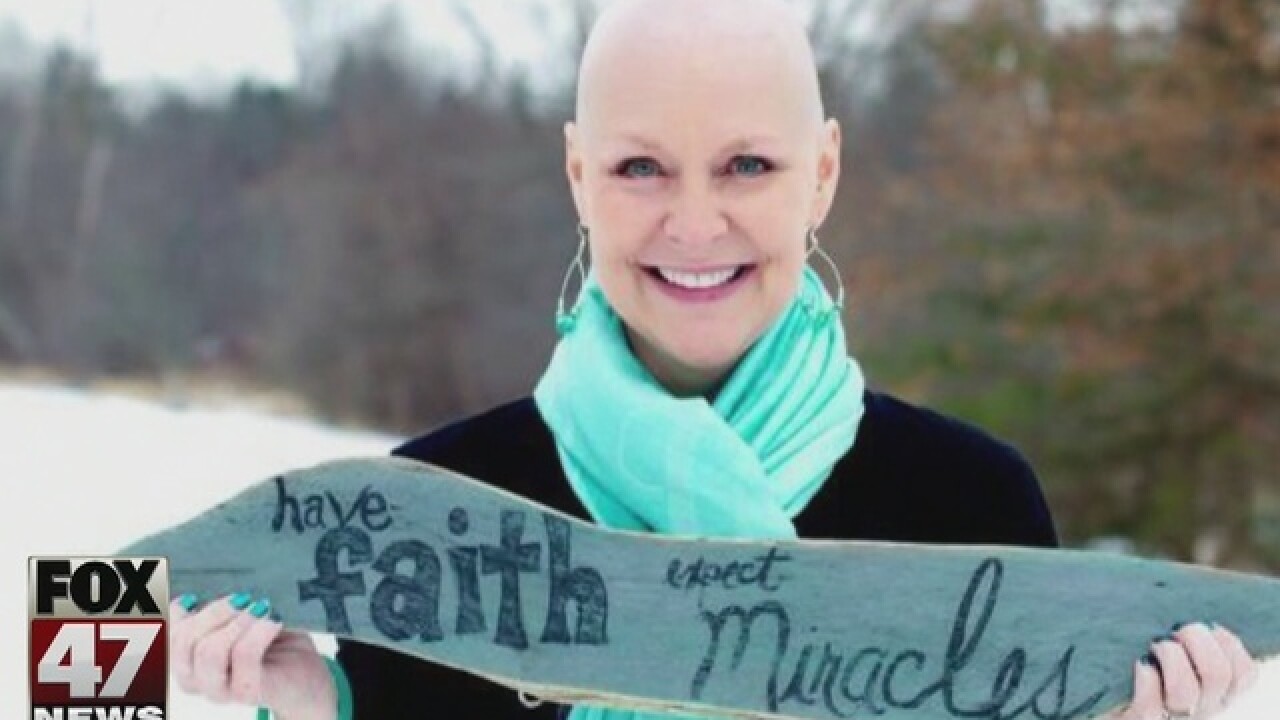 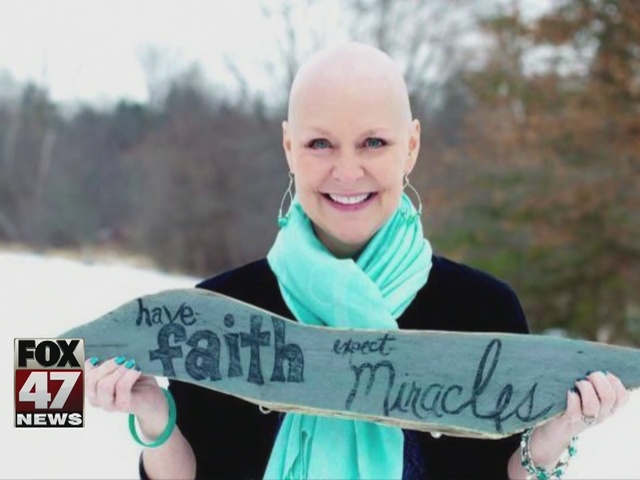 Denise LeMire never had any symptoms. At 45-years-old, this single mother of three and a full-time nurse was the picture of perfect health, until what she thought was a stomach pain was diagnosed as so much more.  She shares her story in this month's #SWISStrong report.

Each picture. Each memory.

"This was my first treatment…," said Denise LeMire.

Chronicling a journey, Denise LeMire never thought she'd ever see the end of.

"My mantra was, 'have faith, expect miracles."

But to know just how far she's come you have to know where she's been.

Back to that day in 2012 when she bent down at work and winced in pain.

"And one of my nurse colleagues said, 'I really think you should go to a doctor for that."

An ultrasound showed fluid in her abdomen. A series of tests would follow along with rising concerns from her Doctor.

"He said, 'I think I need to send you to the Sparrow Cancer Center.' I asked him if he thought it was cancer, and he didn't know, he just said, you need a hysterectomy."

In the fogginess of anesthesia, Denise says she heard the nurses talking about an implanted port.

"I knew that port meant chemotherapy, and I knew I had cancer."

Denise was diagnosed with late-stage ovarian cancer.  Had she waited a month longer Doctors said the cancer would have been too far along to cure.

"I couldn't believe it.  How could this happen? Why me? What now? What next?"

What was next was six months of chemotherapy. Six rounds.18 treatments. And in the midst of it all another diagnosis.

She was just 16-years-old.  An abnormal mole spotted while dying her hair. The cancer had spread to her lymphatic system and required a radical neck dissection and the removal of 53 lymph nodes.

"For a mother and daughter to go through that, it is incomprehensible."

Shelby, hanging on to hope in Ann Arbor, while her mother fought for her life in Lansing -- both using Facetime to get them through.

"We have a bond, like no other that I know of."

In a cruel twist of fate both of their cancers would disappear and then return. Shelby's in the form of a neck tumor.  Denise's as peritoneal mesothelioma.

"It is a very rare type of cancer, but it is the asbestos cancer."

Shelby's treatment would take her to Houston - Denise's to Detroit, but their bond and their faith remained strong.

"He treated me successfully." "And they saved her life.And I'm so relieved, and so happy, and so blessed."

"As an oncologist, you live for cases like this.  You live for moments like this," said Gordon Srkalovic, a Hemotologist and Oncologist at Sparrow Cancer Center. "Cases like Denise don't come often, and that's something that you know, lifts everyone's spirits, particularly mine."

And he's not the only one.

"My husband Steve and I."

You can see it in the smiles.

"This is my sister, Diane."

On all these faces.

"These are all my nurse friends."

In all these pictures.

Leading up to the day when she could proudly say…

"I am a two-time cancer survivor."

Denise's cancer treatments and surgeries have made it impossible for her to return to work as a pediatric nurse. And while she's sad to leave that career path behind, she had dedicated herself to helping patients in a different way.

She's launched a Facebook page - where she reaches out to cancer patients across the world sharing tips and resources to help them along their cancer journey. She says she'll do whatever it takes to help others.