Spit test may diagnose, predict duration of concussion in children 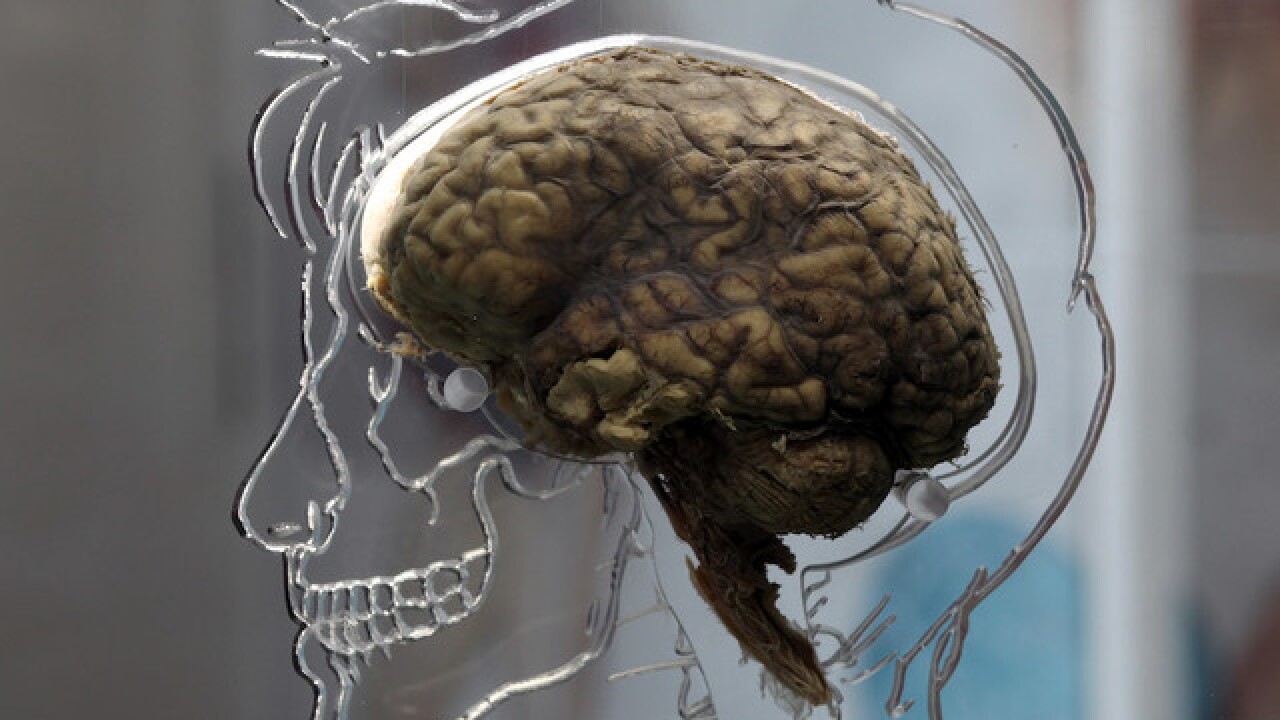 A saliva test may someday be able to diagnose a concussion and predict how long symptoms last, according to a study published Monday in the JAMA Pediatrics.

A concussion is one type of traumatic brain injury caused by a bump, blow or jolt to either the head or the body. Though not life-threatening, these injuries to the brain can be serious and cause symptoms of headache (or "pressure" in the head), nausea, vomiting, dizziness, balance problems, double or blurry vision, sluggishness, confusion, memory problems and difficulty concentrating.

In their study, Penn State College of Medicine researchers found five small molecules called microRNAs in saliva with real potential for identifying concussive symptoms in children, teens and young adults. MicroRNAs influence protein activities throughout the body, and they are easily measured in biofluids, including blood, cerebrospinal fluid and saliva, according to the authors.

Dr. Steve Hicks, senior author of the study and an assistant professor of pediatrics at Penn State College of Medicine, said the "five microRNAs in saliva could predict with approximately 85% accuracy which concussed children would have symptoms one month later. In comparison, standard survey measures that are typically used in clinics were approximately 65% accurate."

The study was funded in part by Quadrant Biosciences, a biotech company that hopes to bring a saliva test for concussion to market in the next 12 to 24 months, Hicks said.

In 2013, there were about 2.8 million traumatic brain injury-related ER visits, hospitalizations and deaths in the US, according to the Centers for Disease Control and Prevention.

"It's frustrating for both parents and physicians that we can't accurately and objectively predict how long a child's concussion symptoms might last, what those symptoms are likely to consist of and when it might be safe for them to return to sports or school," said Hicks, who, as a practicing pediatrician, has routinely cared for kids with concussions.

For the study, Hicks and his co-authors looked at 52 patients between the ages of 7 and 21, with an average age of 14.

MicroRNA expression was measured in saliva spit into a cup by the patients, who had been injured mostly in sports or car accidents, when they arrived at Penn State Hershey Medical Center for an evaluation. Of the 52, 30 had prolonged symptoms and 22 had short-term symptoms of mild traumatic brain injury.

Levels of five microRNAs accurately identified patients with prolonged symptoms in the study. Even more, the five saliva biomarkers were more accurate than the Standardized Concussion Assessment Tool 3, a questionnaire currently used to help make a diagnosis of mild traumatic brain injury. The questionnaire is not a standalone tool but one used in conjunction with an assessment made by a medical professional. It notes that an athlete may have a concussion even if their score is "normal."

"We found three microRNAs that were highly associated with specific symptoms one month after injury, such as headache, fatigue and memory difficulties," Hicks said. He added that creating an actual test for use by doctors will require collaboration on the part of researchers.

"Fortunately, the technology required to measure saliva RNA is already employed in medicine; we use it to check patients for upper respiratory viruses in our hospitals and clinics every day," Hicks said. "Modifying this approach for patients with concussions could potentially provide a rapid, objective tool for managing brain injury."

The new research "represents an advance in the science of sport-related concussions," according to an editorial published alongside the study in JAMA Pediatrics.

'Way too early to know'

For example, they noted that the use of nonsteroidal anti-inflammatory medications is common among those with more severe injury. In the study, those who had used anti-inflammatory medications were the ones with longer-term symptoms. Possibly, then, the drugs may be a potential 'confounding' variable, they wrote, meaning that medication may influence test results and symptoms, adding an element of confusion to the study and its possible interpretation.

Still, "the findings are promising, representing potential biomarkers for the diagnosis, recovery, and prognostic assessment of a sport-related concussion."

Dr. Jeffrey Kutcher, a neurologist and National Director of The Sports Neurology Clinic at The CORE Institute, said that "work like this is important because it does provide potential for tests that can be helpful in the clinical setting."

"I think the main caveat is, this is way too early to know what this type of tool can do for us," added Kutcher, who was not involved in the new research. "The main reason is that there's a difference between simply having a brain that experiences force and being concussed."

The saliva biomarker may be showing that neurons experienced force and not that a there is a concussion, with which the brain cannot perform its typical functions within a normal range, he said: "I would hesitate to assign too much potential groundbreaking science."

Other biomarkers, including blood, are being investigated as potential concussion tests, he said, though "nothing is at this stage or beyond this."

There are also tools that look at the electrical networks that brains form, he said, disclosing that he is consulting for a company working on one such technology. A patient undergoes an electroencephalogram while doing a cognitive task, and the EEG records how the brain responds.

"By actually (measuring) the brain network activity directly, you can look at really what is the functional health of the brain," he said.

In addition, some scientists are exploring functional MRI techniques to look at the metabolic function of different areas of the brain to gain insight into concussion, he said.

Hicks said he and his colleagues are collaborating with others to examine saliva biomarkers in adult athletes and members of the armed services.

"Because the markers we identified in this study are not correlated with patient age, we are hopeful they may be applied in adult populations, as well," he said.