FOX 47 is operating at reduced power. Your signal may be effected!
Yesyestohealth 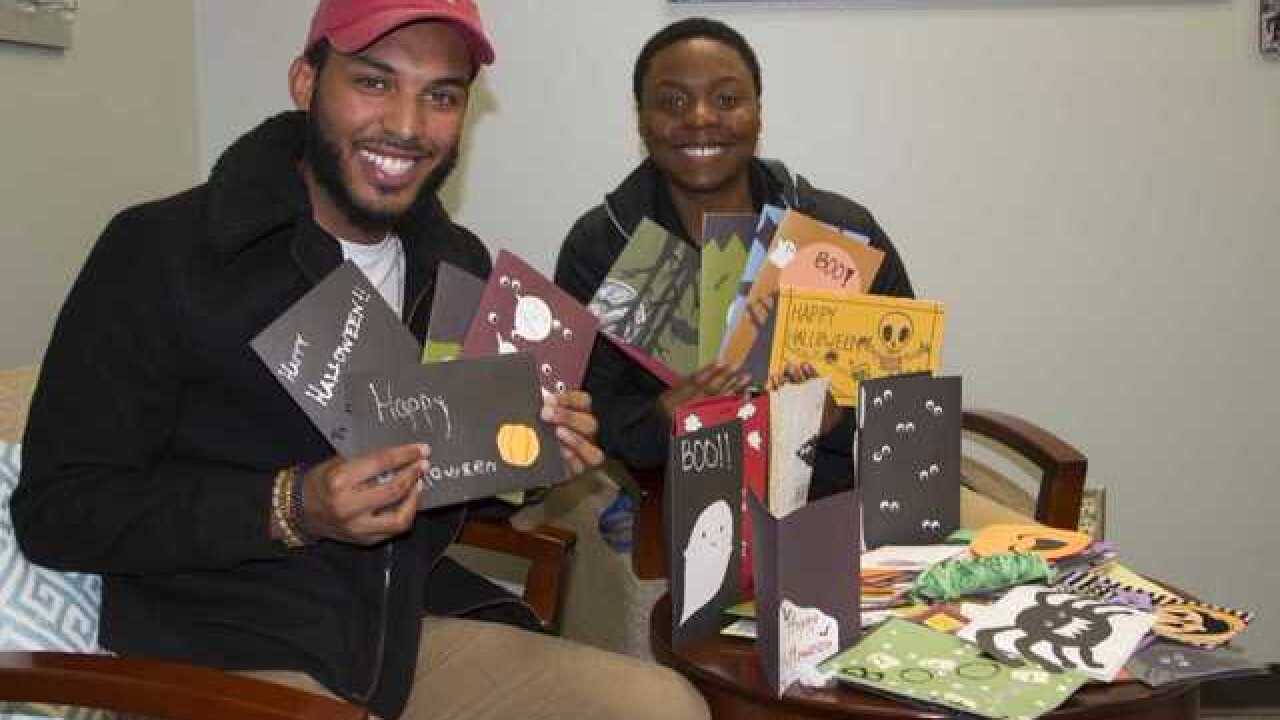 A pair of Michigan State University students have delivered hundreds of home-made Halloween cards to be distributed at Sparrow for those who won’t be out of the hospital in time for trick-or-treating.

Tyler Logan, 22, of Pontiac, and Yamani Vinson, 20, of Grand Rapids, were overwhelmed with the outpouring they received throughout the campus over just a couple weeks. Vinson first came up with the idea of making cards for hospitalized children and Logan reached out to the Sparrow Foundation to gauge interest. The concept grew from them creating their own cards to involving several MSU-related organizations, such as the Alpha Kappa Alpha sorority, the Black Student Alliance, and Logan’s own grad school classes.

By the time they were dropped off to the Foundation on Friday, there were at least 275 hand-made cards of varying designs and creativity. All centered around the same message.

“We wanted to make sure that children in the hospital have the same excitement about Halloween as other children do,” Vinson said.

Said Logan: “I thought about how unfortunate it is for any child to be in the hospital for Halloween and wanted to give them a positive message.”

Sparrow Hospital officials lauded the pair for their generosity and compassion.

“I would like to thank the students for thinking of the kids in the hospital,” said Karen Restum, Department Manager of Pediatrics/Pediatric Intensive Care Unit. “The cards brighten the kids’ day and takes their mind off their illness. It brings joy to both the Patients and their parents to know others are thinking of them during this time.”