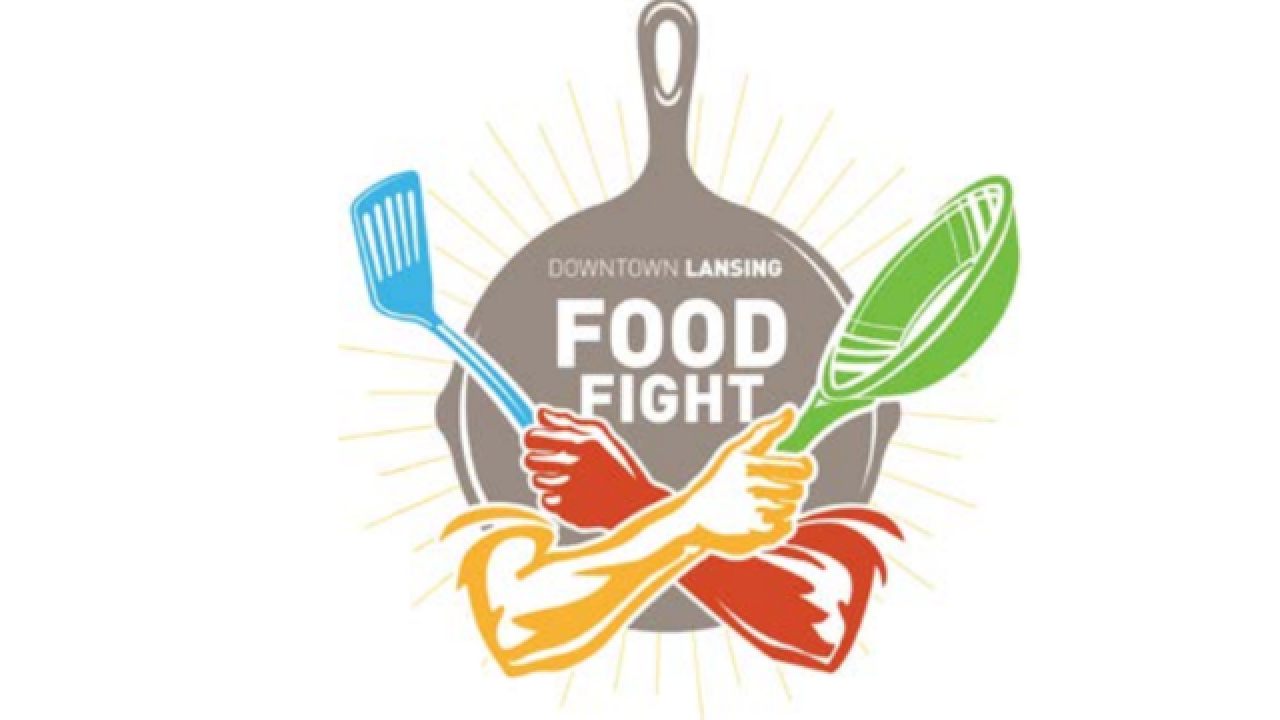 For this competition only, each dollar donated was converted into one pound of food. After combining monetary donations with food donations, each team had a total number of adjusted pounds donated. The Golden Can Trophy winner is determined by the highest amount donated per team member. R.E. Olds Transportation Museum won the Golden Can Trophy.

For the fourth year in a row, the winner of the Downtown Lansing Food Fight Heavyweight Award, the trophy awarded to the team that collects the most pounds of food, is Blue Cross Blue Shield of Michigan, whose team collected an impressive 4,112 pounds of food.

The Greater Lansing Food Bank estimates that with the donations from the Downtown Lansing Food Fight, they will be able to provide nearly 40,000 meals to those in need in metro-Lansing during this holiday season.

The event is coordinated by the Organization Committee of Downtown Lansing Inc., with the purpose of bringing the downtown Lansing business community together to help in an increasing time of need for our community as a whole. On Tuesday, November 21, businesses, offices, and individuals in the downtown district dropped off food donations in front of the Capitol Building. All proceeds from the event benefited the Greater Lansing Food Bank.