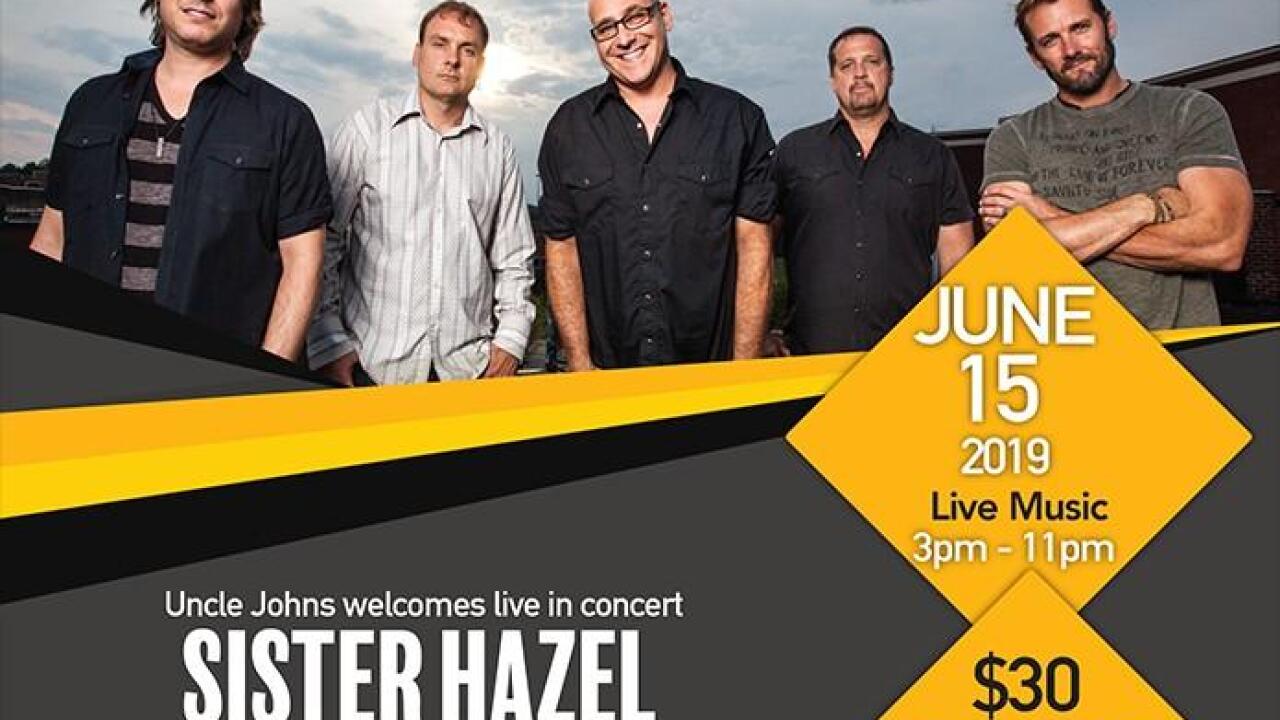 ST. JOHNS, Mich. — Summer Soap Box Derby concert to benefit the St John's community. It's a great way to kick-off summer, so come on out, and bring Dad!

About this Event
The concert will feature the platinum rock band, Sister Hazel, who has been noted as, “One of the Top 100 Most Influential Independent Performers of the last 15 years" by Performing Songwriter Magazine. Their songs including, “Lighter In The Dark” and “All For You” have been ranked on top billboard charts such as Top Country Album Charts, and Billboards Independent Albums Chart among others. Also performing will be Sadie Bass, Blues 202, Others Eyes, and Wing It.

This show is all ages. Others Eyes takes the stage around 7pm.