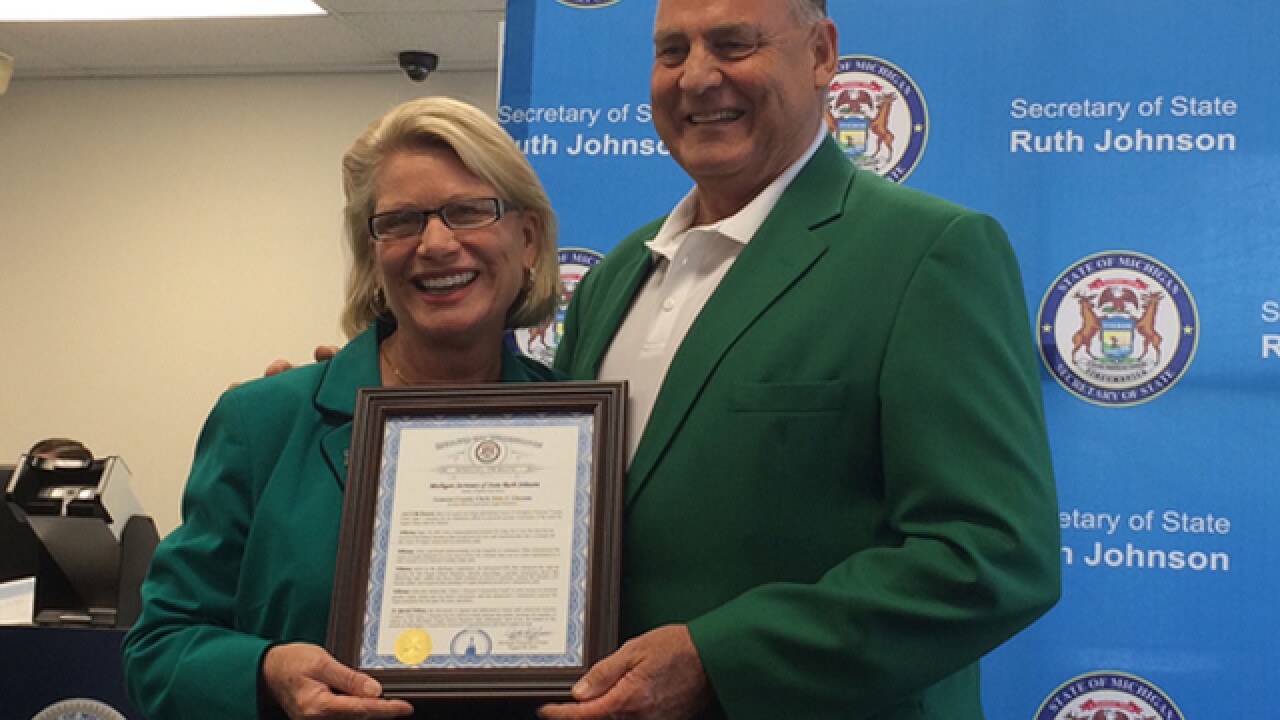 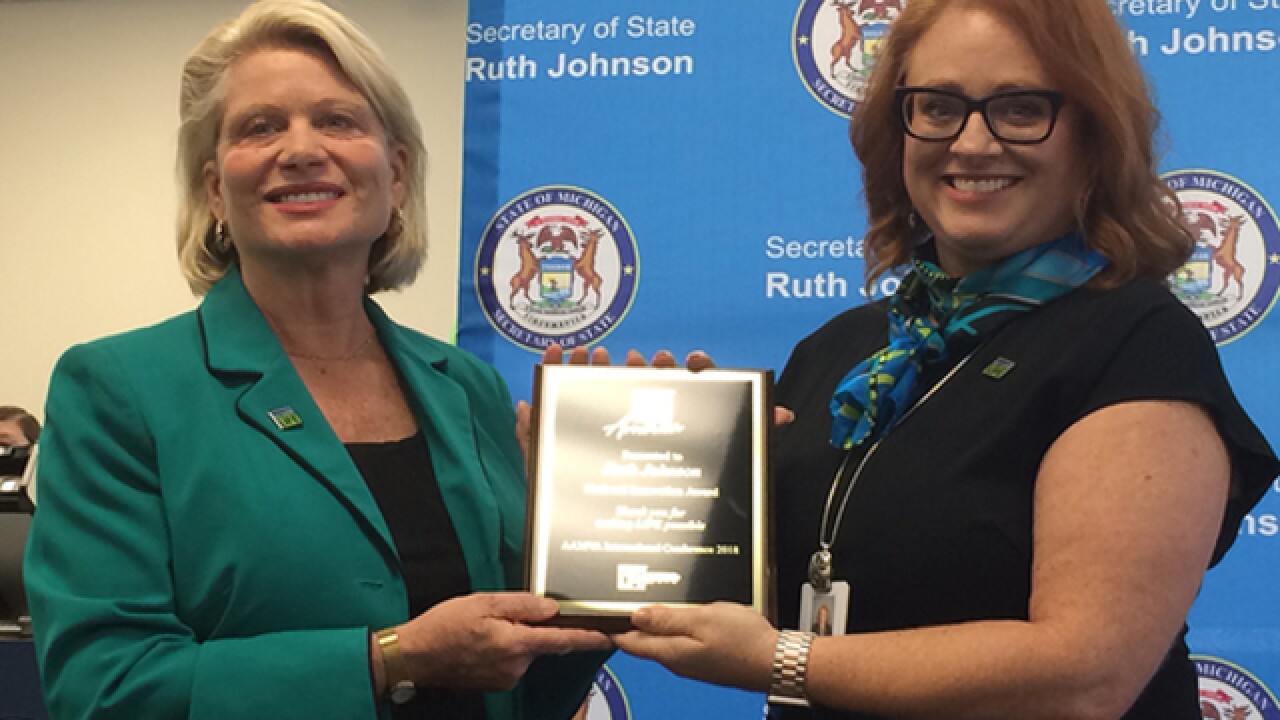 By: press release
Posted at 10:37 AM, Aug 29, 2018
The national organ donation advocacy group Donate Life America has awarded Secretary of State Ruth Johnson its DMV Innovation Award for her and her office’s efforts to promote organ donations and encourage people to join the state’s donor registry, she announced today.
Johnson praised and thanked Secretary of State staff today during the announcement at the Flint Area SUPER!Center for their tireless efforts that resulted in a dramatic increase in the number of people on the donor registry. The secretary was joined by Gift of Life Michigan CEO Dorrie Dils; John Gleason, the Genesee County clerk and a donation recipient; and representatives from Eversight, the state’s cornea and eye tissue recovery program.
“I’m so proud of our team and grateful for this honor,” Johnson said. “We’re seeing miracles happen every day with organ, tissue and cornea donation thanks to these great people. It’s been a privilege working with them.”
Johnson made huge changes in the way the Secretary of State’s Office approached organ donation when she took office in 2011. Working with her partners, she created an advisory task force, put organ donor reminders on widely-used forms, enlisted social media and directed employees to ask customers if they wanted to sign up, doubling the percentage of names on the list. About 85 percent of people who sign up do so through the Secretary of State’s Office.
Since that time, the registry has grown from 27 percent of Michigan adults in 2011 to more than 64 percent to date, with the registry now topping 5 million names. The Secretary of State’s Flint Super!Center, host site for today’s event, added more than 49,000 people to the registry during that timeframe, mostly from Oakland and Genesee counties.
As a former state legislator, Genesee County Clerk John Gleason played a pivotal role by writing the bill that made it possible for people to sign up to the organ donor registry through a Secretary of State branch office.  Gleason is also an organ recipient, having received a kidney in 2001 from a family member. “I’m living proof of the power of organ donation,” he said. “We live in a great state where people want to help each other. The registry gives them that chance.”
Gift of Life Michigan nominated Johnson for the AAMVA award, citing her collaborations with partner agencies in producing training videos and spreading the word about donation through press events across the state.
The nomination stated, “Secretary Johnson’s efforts continued to support donation with ongoing clerk trainings, campaign materials, new clerk packets and SOS Shining Star Awards. This award is given by the SOS to those who have excelled in the promotion of donation. Since 2011, Secretary Johnson has presented more than 20 Shining Star Awards to volunteers, hospitals, medical examiners and other groups.” Johnson received the Gift of Life Foundation’s Community Service Award in 2011.
Anyone can join the Michigan Organ Donor Registry by visiting www.Michigan.gov/organdonation [links.govdelivery.com] or any Secretary of State office. Those who sign up receive a heart emblem for their driver’s license that indicates their decision to be an organ donor. People will receive a heart-logo sticker when people join the registry at a Secretary of State office or online. A new card with a permanent heart emblem is issued at renewal time. One person can transform the lives of up to 75 people through organ, tissue and eye donation.
Donate Life America presented the award at this month’s national conference of the American Association of Motor Vehicle Administrators, which represents state and provincial motor-vehicle agencies in Canada and the United States. Motor-vehicle agencies are typically the government agency that allows people to sign up as a potential organ donor.
Press Release