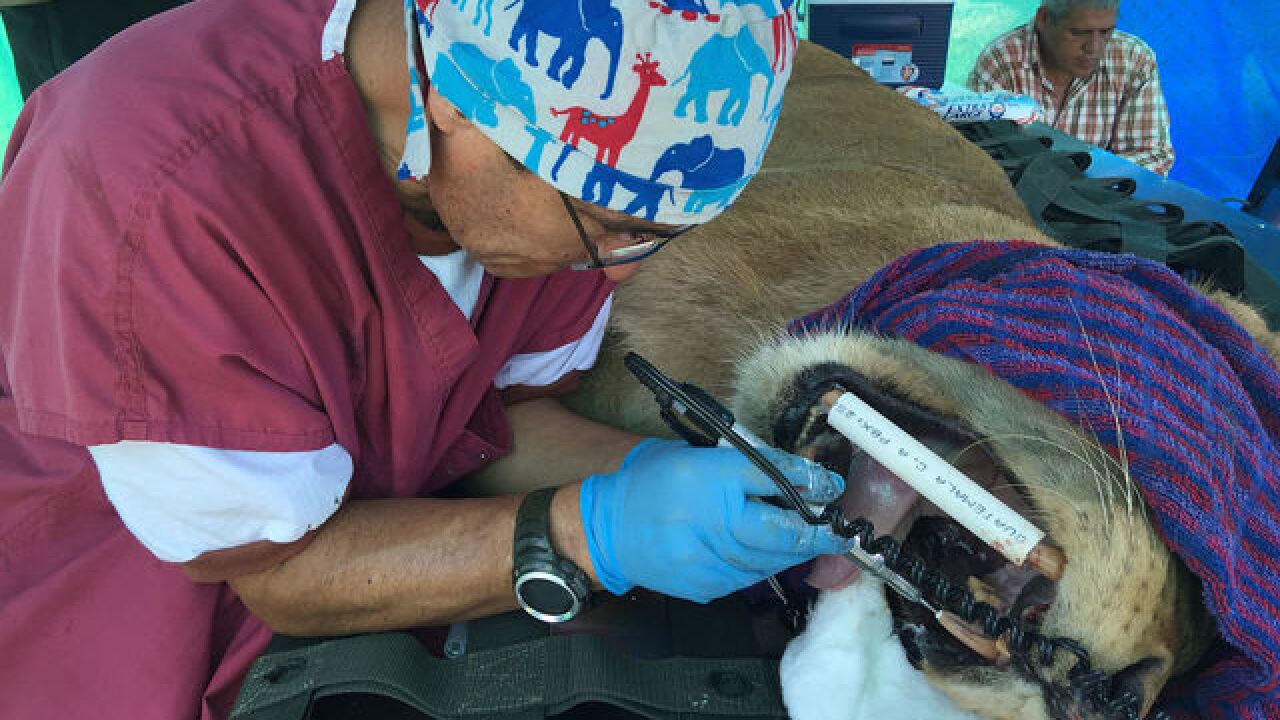 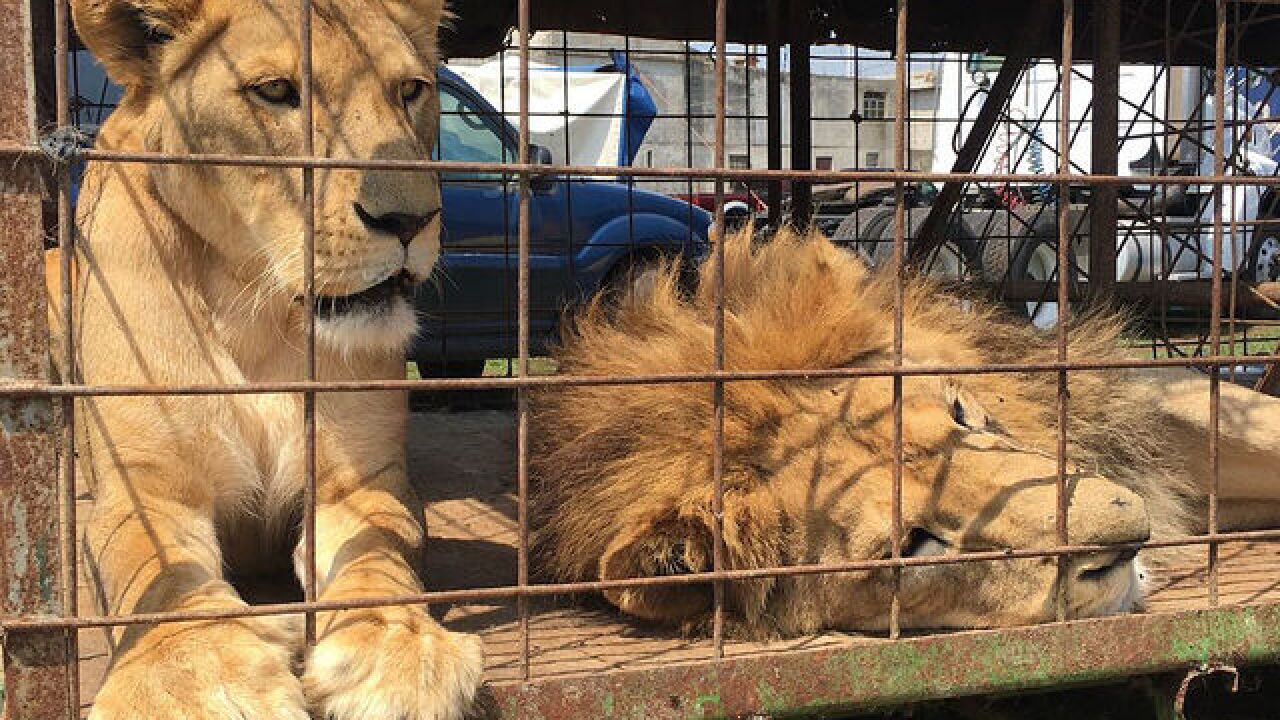 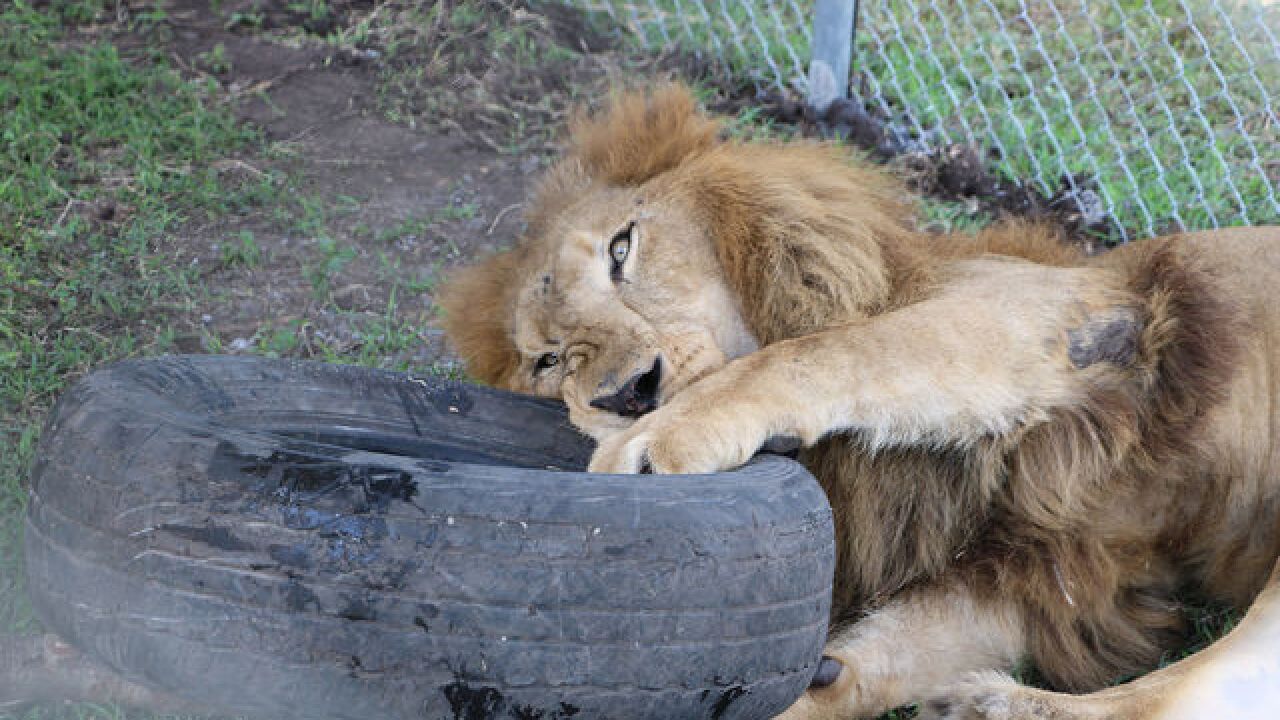 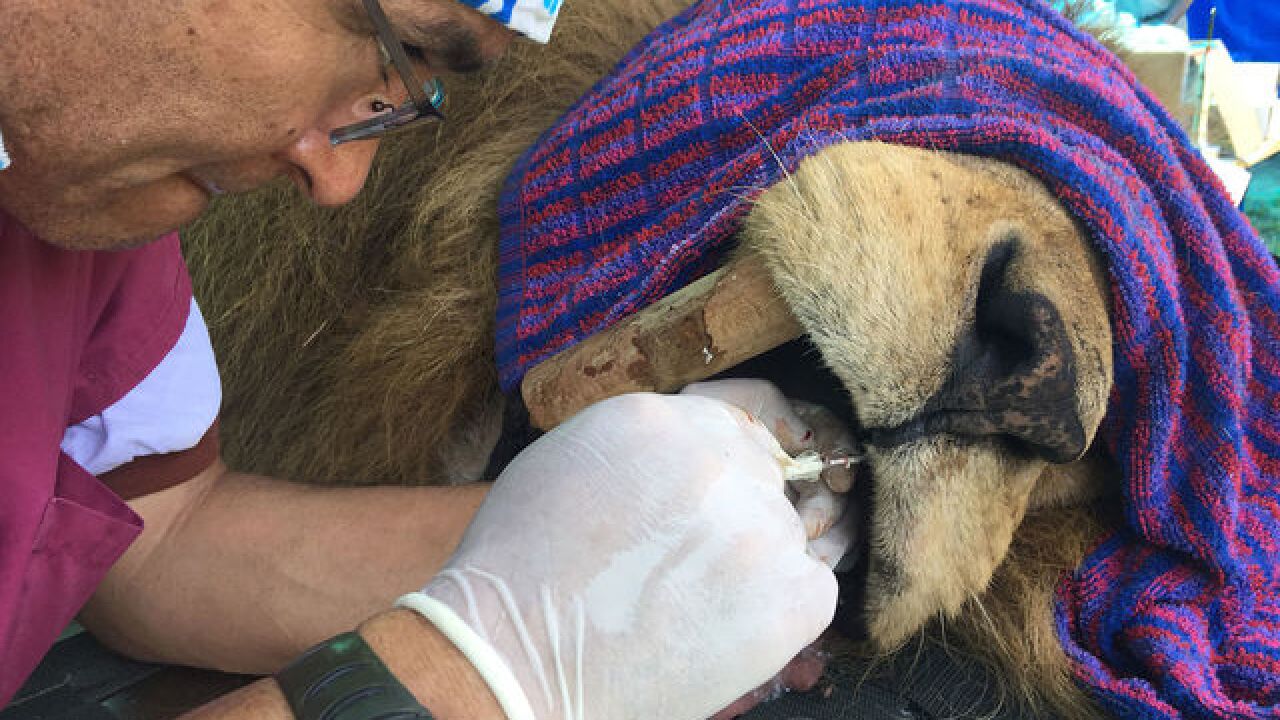 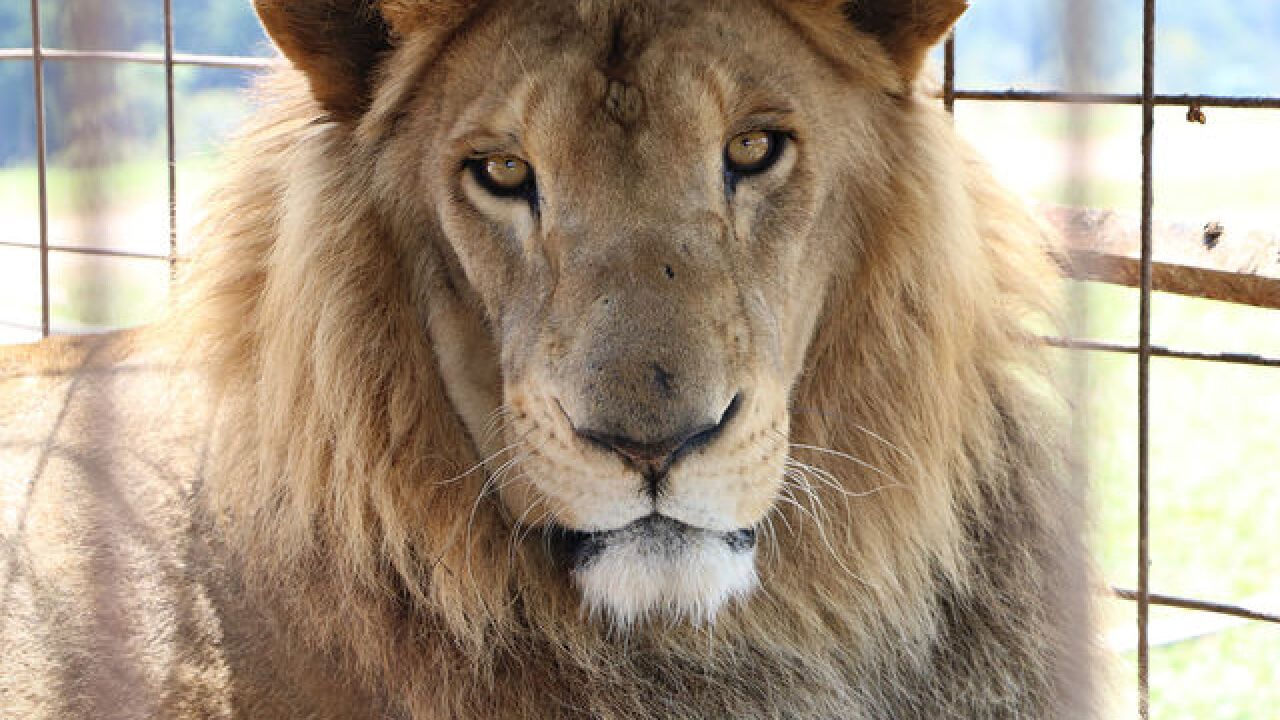 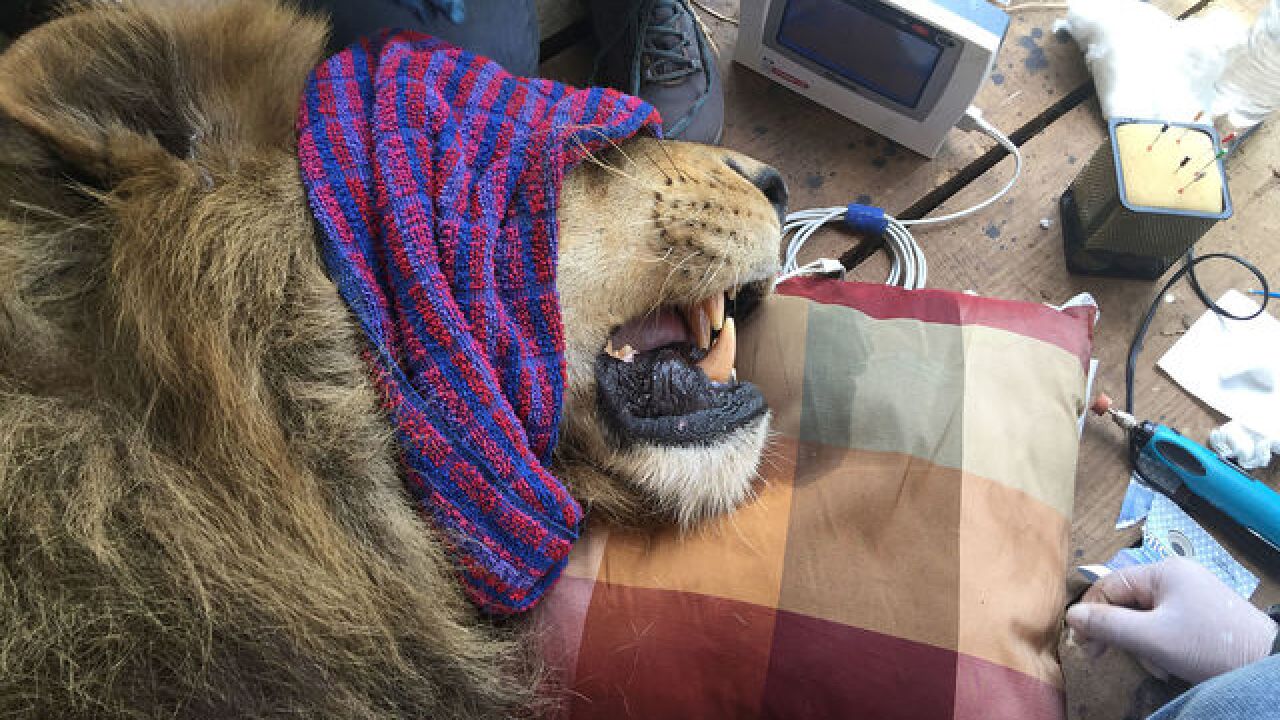 Fourteen ex-circus big cats have undergone a raft of health checks to enable their rescuers Animal Defenders International (ADI) to get the travel permits needed to take them home. Four of the big cats required surgery to repair damage caused in the circus.
Helping to enforce a ban on animal circus acts, ADI has established a temporary rescue center in Guatemala where it is caring for the five lions and nine tigers, and will be for several months, as the import and export process to take them to their forever homes is a lengthy one. Filled with enrichment, and the most space they have ever known, dedicated play areas help build the animals’ muscles and improve their coordination.
Over several days each of the big cats received check-ups, microchips, and vaccinations from the ADI veterinary team, all needed to fly the animals home. For the lions, this will be to a new 450+ acre sanctuary ADI is building in South Africa, their natural homeland. The tigers have been offered permanent homes at US sanctuaries Big Cat Rescue and Tigers for Tomorrow.
Jan Creamer, President of ADI, said: “With the checks and dental work complete, these beautiful big cats have a new lease on life and are one step closer to going home!”
Dental surgery was conducted on lions Kimba (pictured above), Tanya, and Tarzan. Lions and tigers in circuses often suffer in silent agony for years due to broken and infected teeth. A blow to the face of a lion during training or when the animal is being moved can lead to a lifetime of pain. One of Kimba’s teeth and six of Tarzan’s including all four canines were repaired by the ADI veterinary team, while Tanya required repairs to two teeth and the removal of two rotten teeth. A reported fight with a tiger in the circus has left Tarzan with a torn lower lip, which ADI hopes will be possible to repair in the near future.
Like many of the lions ADI has rescued, Sasha was mutilated in the circus to remove her claws, this cruel procedure possibly the cause of a long-standing injury. When she was collected from the circus, Sasha was limping and would not put weight on her foot. In ADI’s care she appeared to improve but a full veterinary examination and x-rays revealed damage to her toe. At the earliest opportunity, surgery was scheduled to repair the damage caused, the troublesome toe removed.
Tim Phillips, Vice President of ADI, added: “The lions have recovered well from their surgery and we are certain feel so much better for it. Within 48 hours, Kimba was back to swinging on the tire he loves so much!”
ADI is seeking funds to care for and treat the animals until they are ready to go to their forever homes. Donations can be made here:  https://donate.adiusa.org/guatemala/ [click.deliveryengine.agilitypr.com]
Press Release