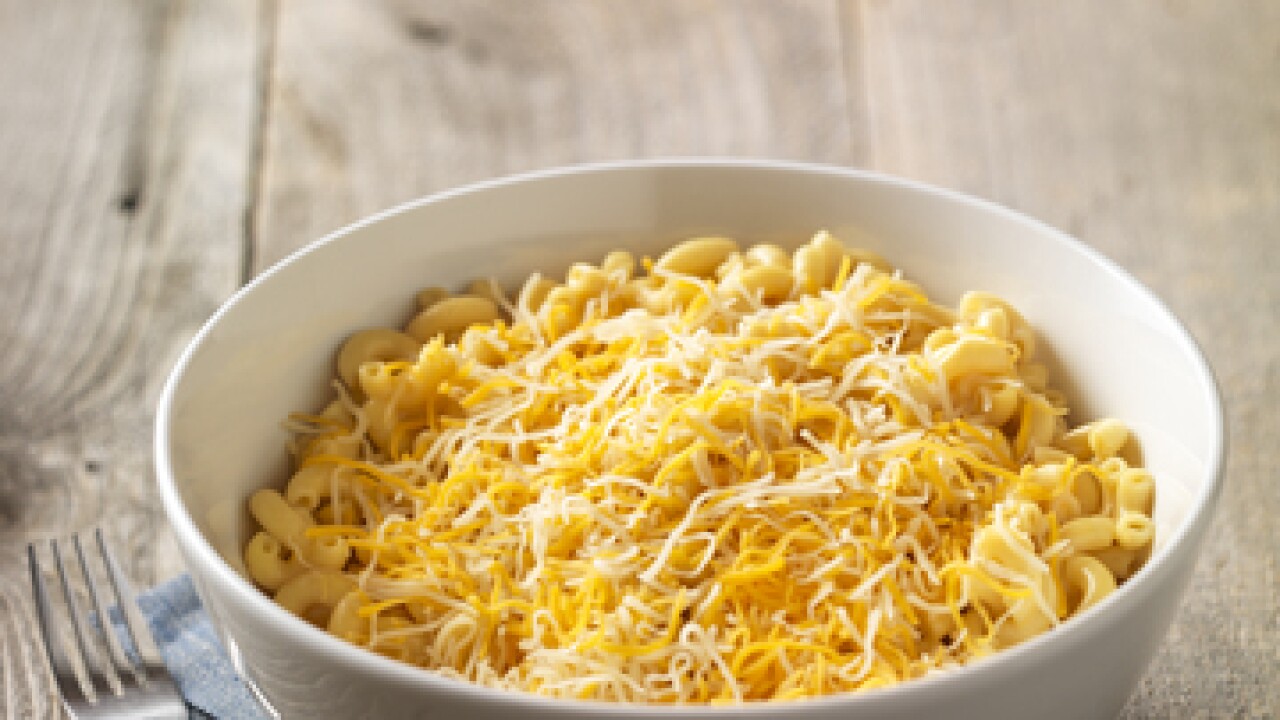 In honor of National Mac and Cheese Day, Noodles & Company [noodles.com] (NASDAQ:NDLS), serving classic noodle and pasta dishes inspired by flavors from around the world, today announced an offer for all NoodlesREWARDS [noodles.com] mac-loving members to snag a free small bowl of Wisconsin Mac & Cheese with the purchase of a regular entrée on Saturday, July 14. This delicious deal is available at both Lansing area Noodles restaurants, located on East Grand River and West Grand River in Okemos.

“Our Wisconsin Mac & Cheese is a favorite of guests, so what better way to celebrate National Mac and Cheese Day than with a free bowl?” said Tom Shephard, Vice President of Pasta Per Trio, the Grand Rapids-based Michigan franchisee of Noodles & Company [noodles.com] (NASDAQ:NDLS).  “As with all of our menu items, the Wisconsin Mac & Cheese sauce contains nothing artificial, which gives our guests even more to love about it.”

At Noodles & Company, there is plenty of Wisconsin Mac & Cheese to go around. The restaurant chain serves almost 8 million bowls of its famous dish nationwide every year, using more than 4 million pounds of elbow macaroni and 3.1 million pounds of cheese sauce. For a lighter option, guests can swap out traditional elbow noodles with zoodles for only $0.75. Zoodles are noodles made from fresh zucchinis spiralized in-house daily. Not only are the zucchini noodles packed with vitamin C and potassium, they are also gluten-free, vegan and vegetarian, and have 90 percent fewer calories and carbs than a regular portion of elbow noodles. A small bowl of Wisconsin Mac & Cheese made with zoodles has 230 calories and a regular-sized bowl has 450. Any guest who orders a bowl of zucchini noodles and doesn’t feel the zoodle love can get a replacement traditional noodle dish at no additional cost.

For adventurous Mac-lovers looking for even more flavor, Noodles & Company offers three other creamy and delectable items on its World Famous Macs menu: the aromatic Truffle Mac, spicy Buffalo Chicken Mac and tangy BBQ Pork Mac. While these options cannot be substituted for the free bowl of Wisconsin Mac & Cheese, they can be ordered as an entrée for twice the cheesy goodness.

About Pasta Per Trio
Pasta Per Trio is the Michigan franchisee of Noodles & Company. Pasta Per Trio employs 550 people at 21 locations, including Grand Rapids, Kalamazoo, Holland, Lansing and Metro Detroit. Founded in 2004 by a group of investors in Madison, Wisconsin, the first location in Michigan opened in July 2005. A large part of Pasta Per Trio’s success has been the philosophy of developing from within. The majority of restaurant and senior management staff have been promoted from other positions within the company.

Noodles & Company is a fast-casual restaurant chain where its globally inspired dishes come together to create a World Kitchen. Recognized previously by Parents magazine as a Top Family Friendly Restaurant and by Health magazine as one of America’s Healthiest Fast Food Restaurants, Noodles & Company is a restaurant where Japanese Pan Noodles rest comfortably next to Penne Rosa and Wisconsin Mac & Cheese, but where world flavors don’t end at just noodles. Inspired by some of the world’s most celebrated flavor combinations, Noodles & Company’s menu offers soups, salads and shareables. Noodles & Company makes everything fresh to order, just as you like it, using quality ingredients. Servers deliver dishes to the table, allowing guests to sit and relax or grab a quick bite. With more than 400 locations nationwide, from California to Connecticut, guests can find a location near them and tour the global menu by visiting noodles.com.