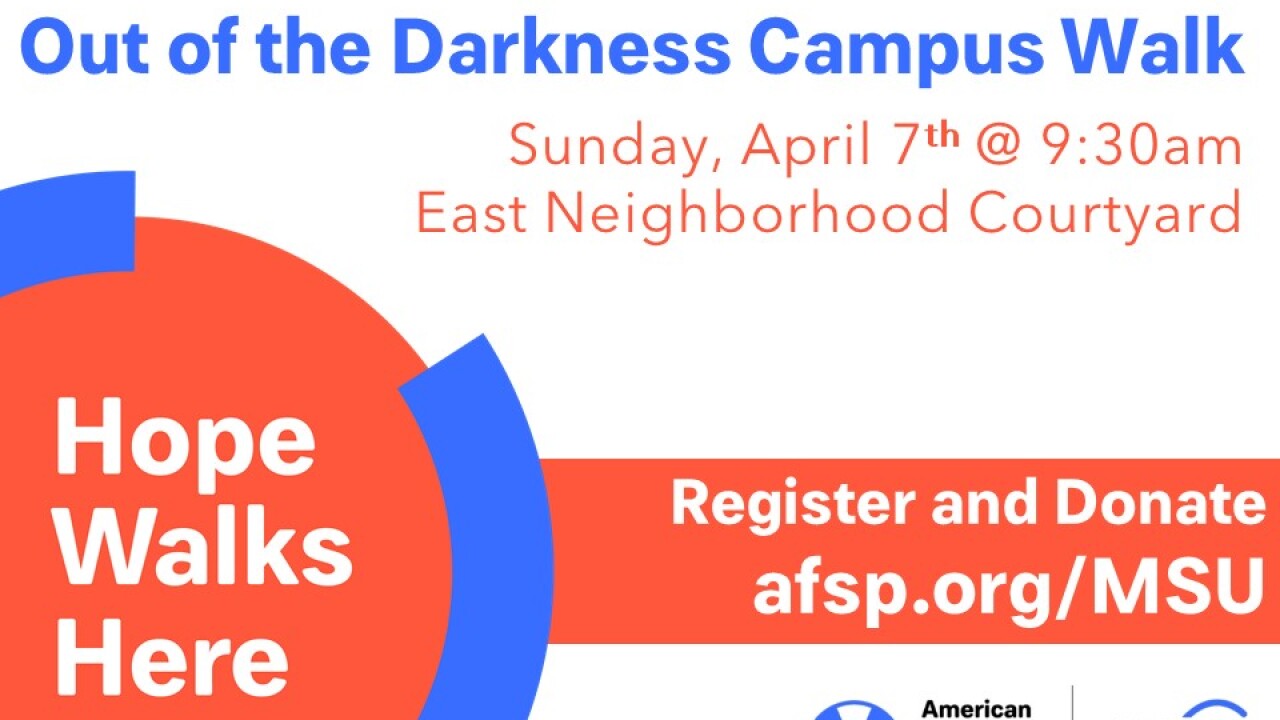 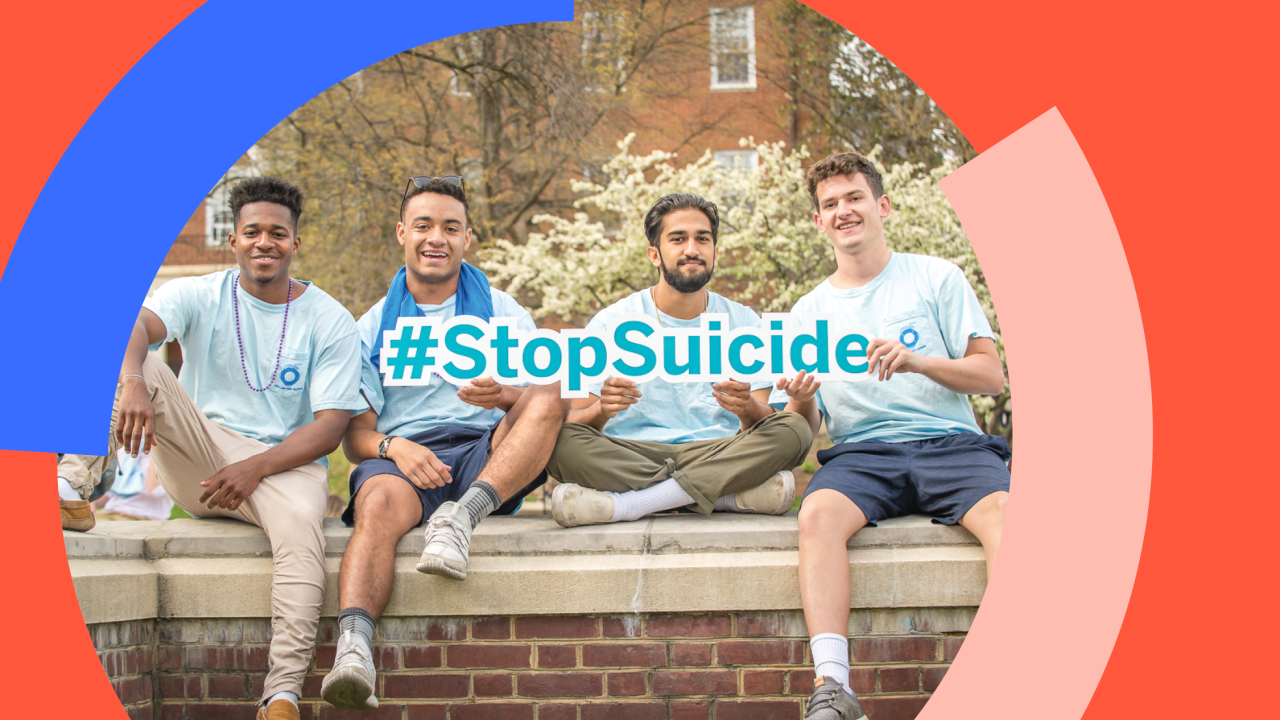 EAST LANSING, Mich. — Suicide is the 10th leading cause of death in the United States, yet suicide can be prevented. Volunteers from Michigan State University are joining the quarter of a million people who are walking in towns across the United States to draw attention to the fight for suicide prevention. The first ever Michigan State University Out of the Darkness Campus Walk, hosted by the AFSP Michigan Chapter and MSU Counseling and Psychiatric Services will be held at 9:30am in the East Neighborhood of MSU’s campus. This walk supports the American Foundation for Suicide Prevention’s education and support programs and its bold goal to reduce the annual U.S. rate of suicide 20 percent by the year 2025.

“Suicide touches one in five American families. Suicide is also the second leading cause of death among adolescents and young adults and is a public health crisis on college campuses. We hope that by walking we will draw attention to this issue. We hope to build awareness on Michigan State University’s campus and to foster support for students, faculty, and staff who may be struggling. Our ultimate goal is to save lives and bring hope to those affected by suicide,” said Corbin J. Standley, Board Member for the AFSP Michigan Chapter and an MSU graduate student in Ecological-Community Psychology.

"I have struggled personally with thoughts and ideation of suicide in my life. Suicide is an uncomfortable conversation to have, but it is critical to speak with others who might be affected by it. I had felt alone, yet so many other students have felt the same emotions and feelings as me. Once I was able to understand that I wasn't alone, fighting against this battle inside me, I knew that I could defeat those dark thoughts. Mental health should be viewed in the same regard as physical health, and in order to make that a reality, we must start talking about it," said Sarah Jamgotch, an MSU senior majoring in Neuroscience and the student leading the organizing for the event.

Those interested in participating or donating can register and donate at afsp.org/MSU and join the fight to stop suicide.

The American Foundation for Suicide Prevention is dedicated to saving lives and bringing hope to those affected by suicide. AFSP creates a culture that’s smart about mental health through education and community programs, develops suicide prevention through research and advocacy, and provides support for those affected by suicide. Led by CEO Robert Gebbia and headquartered in New York, and with a public policy office in Washington, D.C., AFSP has local chapters in all 50 states with programs and events nationwide. Learn more about AFSP in its latest Annual Report, and join the conversation on suicide prevention by following AFSP on Facebook, Twitter, Instagram, and YouTube.