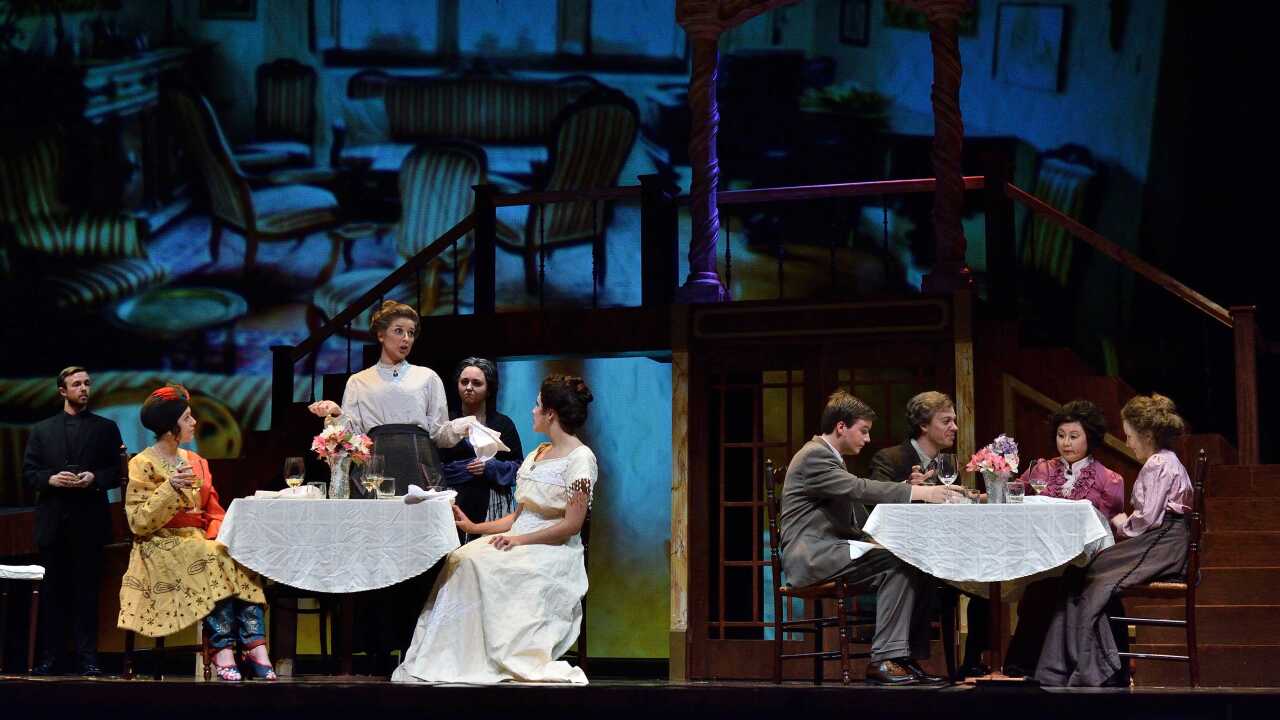 La Scala di Seta tells the story of a young couple, married in secret, who see each other every night when the young maiden, Giulia, lowers a silken ladder from her window. Her teacher and guardian, Dormont, wishes her to marry another man, Blansac, coincidentally the best friend of her husband. Hilarity ensues when Giulia attempts to fix up Blansac with her cousin Lucilla instead, but in the end everyone is happy – except Dormont.

Gianni Schicchi follows the story of a real historical figure, for whom the work is named. The story begins at the home of the recently deceased Buoso Donati, where his relatives are devastated to learn that he has left his entire fortune to a monastery. Featuring the famed aria “O mio babbino caro,” it is a tale of trickery to rewrite the old man’s will, with relatives in agreement yet ultimately swindled.

The award-winning MSU Opera Theatre is under the direction of Melanie Helton, professor of voice. Steven Mosteller conducts.
The MSU Symphony Orchestra will provide the music for the performances, guest conducted by Mosteller who has conducted at the New York City Opera for over twenty seasons, as well as productions with such major regional companies and conservatories as the Manhattan School of Music and the Wolf Trap Opera. Mosteller has also been music director at the New Jersey Opera and the DePaul University Opera Theater.

As a stage director, Helton has helmed the American premiere of Francisco Conti's Don Quixote in Sierra Morena, as well as the world premiere of Donizetti's long-lost French opera, Elisabeth, both at the Caramoor Festival. She directed the university premiere of Daniel Catan's Florencia en el Amazonas, Her production of The Pirates of Penzance for MSU Opera Theatre won first prize in Division III of the National Opera Association’s opera production competition.