MSU Opera Theatre opens with a humorous take on a classic 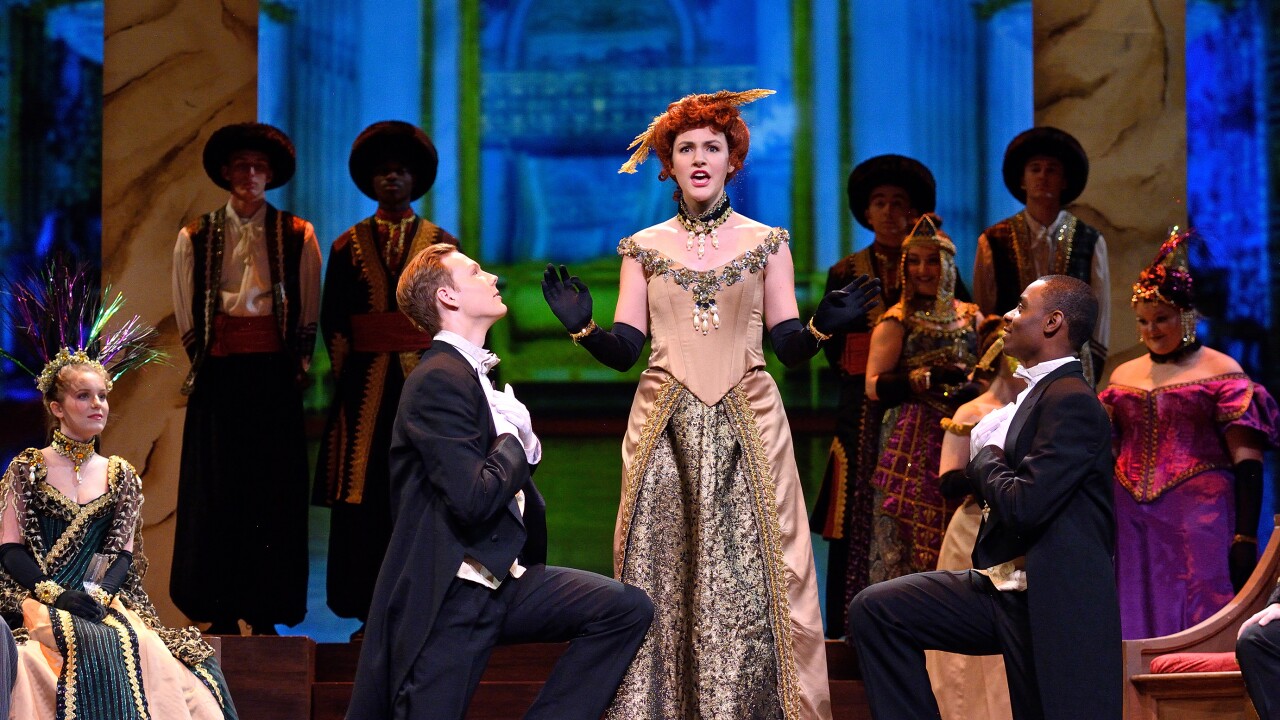 EAST LANSING, Mich. — The MSU Opera Theatre invites you along for a laugh with their production of Jacques Offenbach’s Orpheus in the Underworld [music.msu.edu], with performances Wednesday, November 20th, Friday, November 22nd, and Saturday, November 23rd at 7 p.m. and Sunday, November 24th at 3 p.m. in Fairchild Theatre.

The Worthington Family Foundation Opera Season is under the direction of Melanie Helton [music.msu.edu], with conductor Steven Mosteller.

Jacques Offenbach’s first full length opera drew quite the reaction from the public. This story, a parody of the Greek myth of Orpheus and Eurydice, is packed with commentary on public government institutions. In this portrayal, Orpheus is not the son of Apollo but rather a celebrity violin teacher. Unfazed by the abduction of his wife, Orpheus must be convinced to rescue her from the Underworld. Meanwhile, Eurydice is enjoying her time away from Orpheus and has drawn the attention of more than one Olympic God.

The opera, originally in French but to be sung in English, features perhaps one of the most recognizable pieces in Western literature. Offenbach’s Infernal Galop gained widespread fame after becoming associated with the can-can dance. Audience members may find it difficult to restrain themselves from jumping up and dancing during this number.

Soprano Melanie Helton has directed the award-winning MSU Opera Program for nearly 20 years. Steven Mosteller will be guest conducting the MSU Symphony Orchestra for the production. He has conducted at the New York City Opera for over twenty seasons, as well as productions with major regional companies and conservatories.

Generously sponsored by the Eleanor H. and Harold E. Leichenko Opera Endowment established by Lauren Julius Harris, and “Dinner and a Concert” from the State Room Restaurant inside Kellogg Hotel and Conference Center.