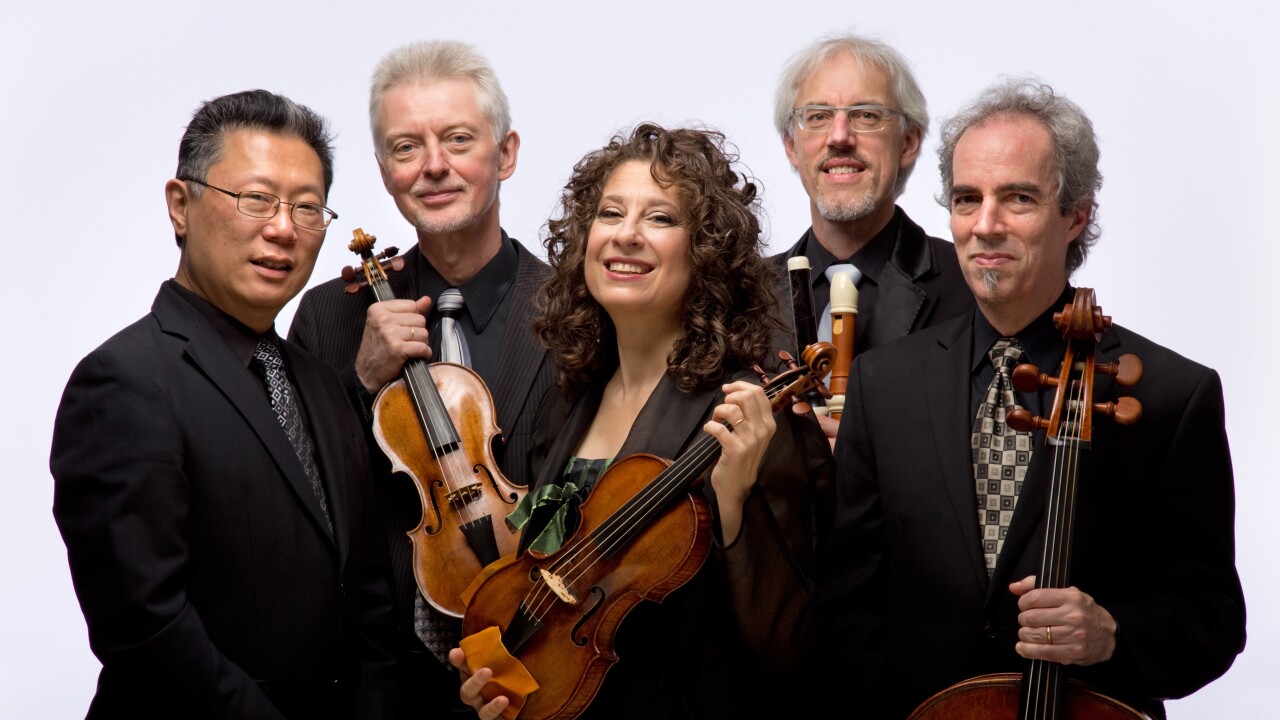 LANSING, Mich. — Join us for the next installment of the 2019-2020 Taylor Johnston Early Music Series with a concert by REBEL on Tuesday, February 25th, at 7:30 p.m. in Fairchild Theatre.

Named for the Baroque composer Jean-Féry Rebel, REBEL (pronounced “Re-BEL”) has performed at prestigious festivals and venues across Europe and presented in thirty-eight states in the U.S.

Hailed by the New York Times as “sophisticated and beguiling” and praised by the Los Angeles Times for their “astonishingly vital music-making,” the award-winning, New York-based ensemble, is one of North America's top-tier ensembles specializing in 17th- & 18th-century repertoire performed on period instruments. REBEL gained international acclaim after their American debut in 1992 and has become one of the most aired American Baroque ensembles they are regularly featured on nationally syndicated shows such as Performance Today and Sunday Baroque, including several appearances with Minnesota Public Radio’s St. Paul Sunday.

The musicians behind all of this success are co-directors and violinists Jörg-Michael Schwarz and Karen Marie Marmer, who will be joined by John Moran, violoncello, and Dongsok Shin, harpsichord, for the concert.

Their program Irregular Pearls: Musical Treasures of the 17th- and 18th-centuries, is one of eight stops on their 2019-2020 season tour focusing on the uncommon aspects of music from the Baroque era. The concert on February 25 will present works by prominent composers such as Handel, Vivaldi, Corelli, and Telemann, including works penned by lesser-known composers like Giovanni Legrenzi, Domenico Gabrielli, Johann Joseph Fux, Gottfried Heinrich Stölzel, and Francesco Xaverio Geminiani.

REBEL will be in residence to work with MSU students in subjects surrounding Baroque performance practice and musicianship in violin, cello and harpsichord repertoire of the 17th- and 18th-century. Residency events are free and open to the public. Visit music.msu.edu/events for more information.

Last year, MSU lost a truly remarkable educator with the passing of Dr. Taylor Johnston. As an MSU professor of 51 years, Dr. Johnston harbored a long-time passion for music, particularly early music, which led to the establishment of the Taylor Johnston Early Music Series. The impact Dr. Johnston made on the Greater Lansing music community will be felt for years to come.

More information can be found at the following website:https://www.music.msu.edu/event-listing/rebel