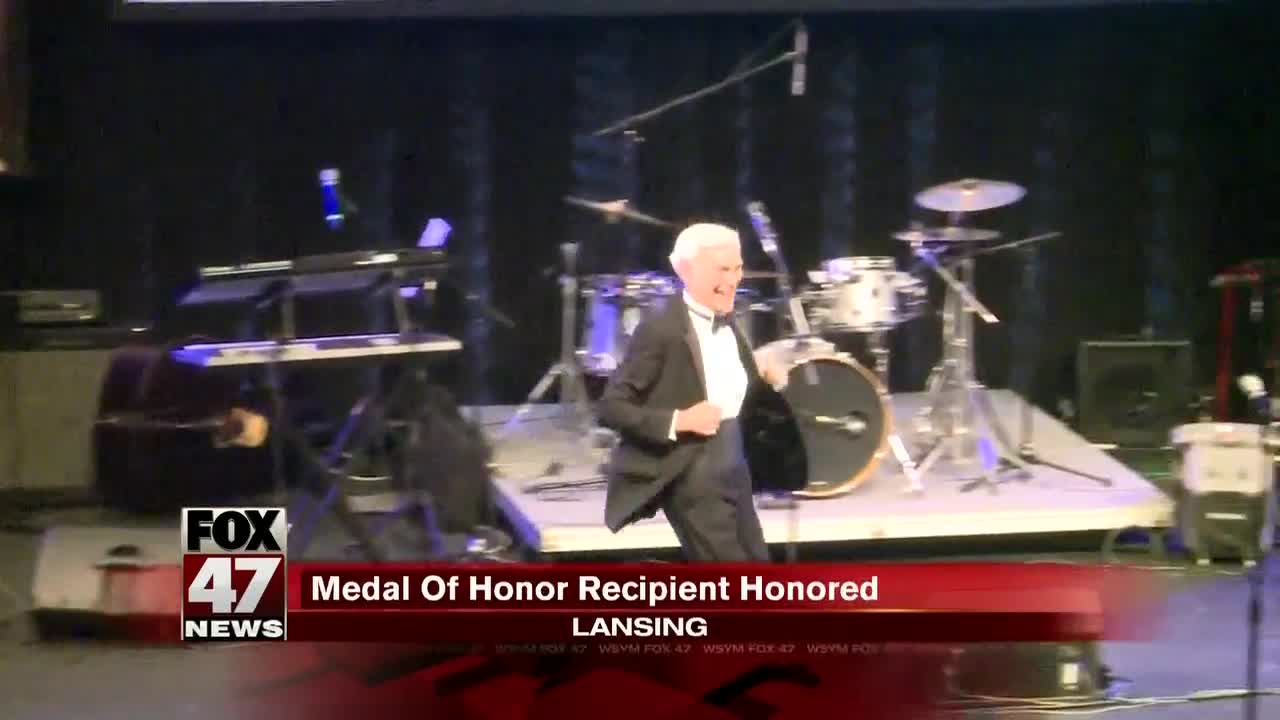 Congressional Medal of Honor recipient and Michigan Veteran Jim McCloughan will be honored by the Peaceful Warriors Foundation (PWF) for his military service and contributions to education and his community since his military service during the Vietnam conflict from 1968-1970. 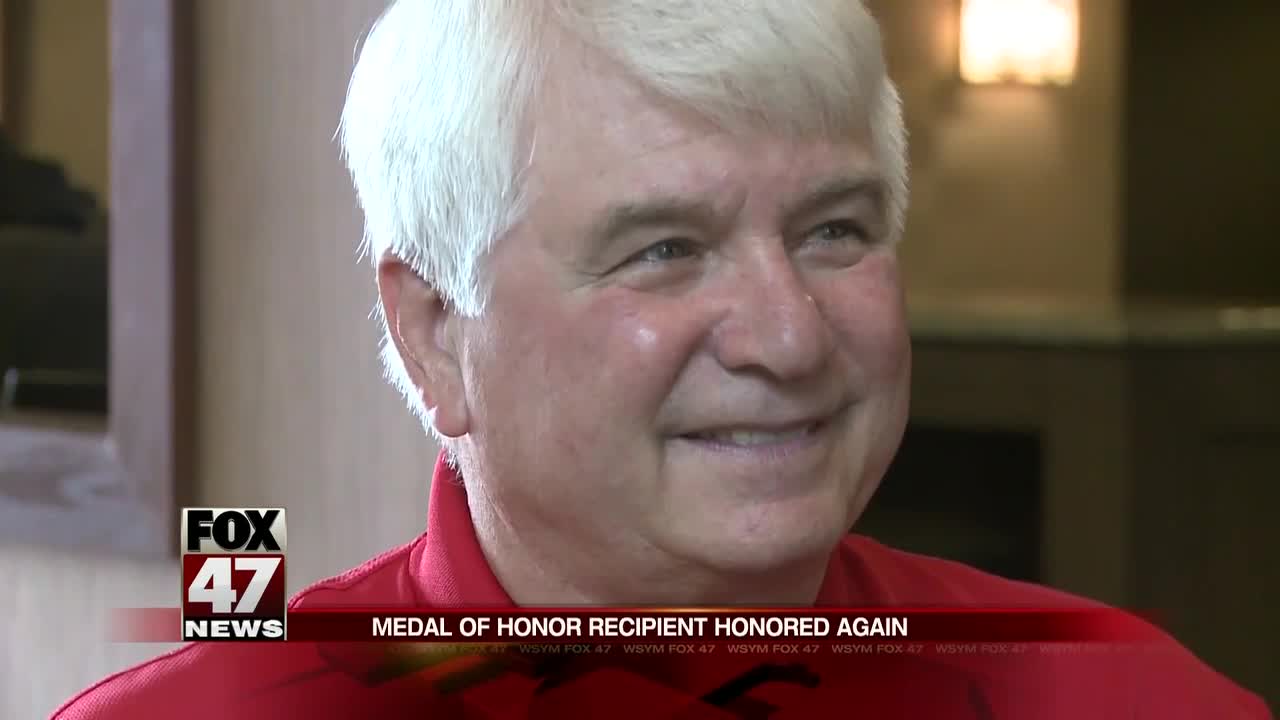 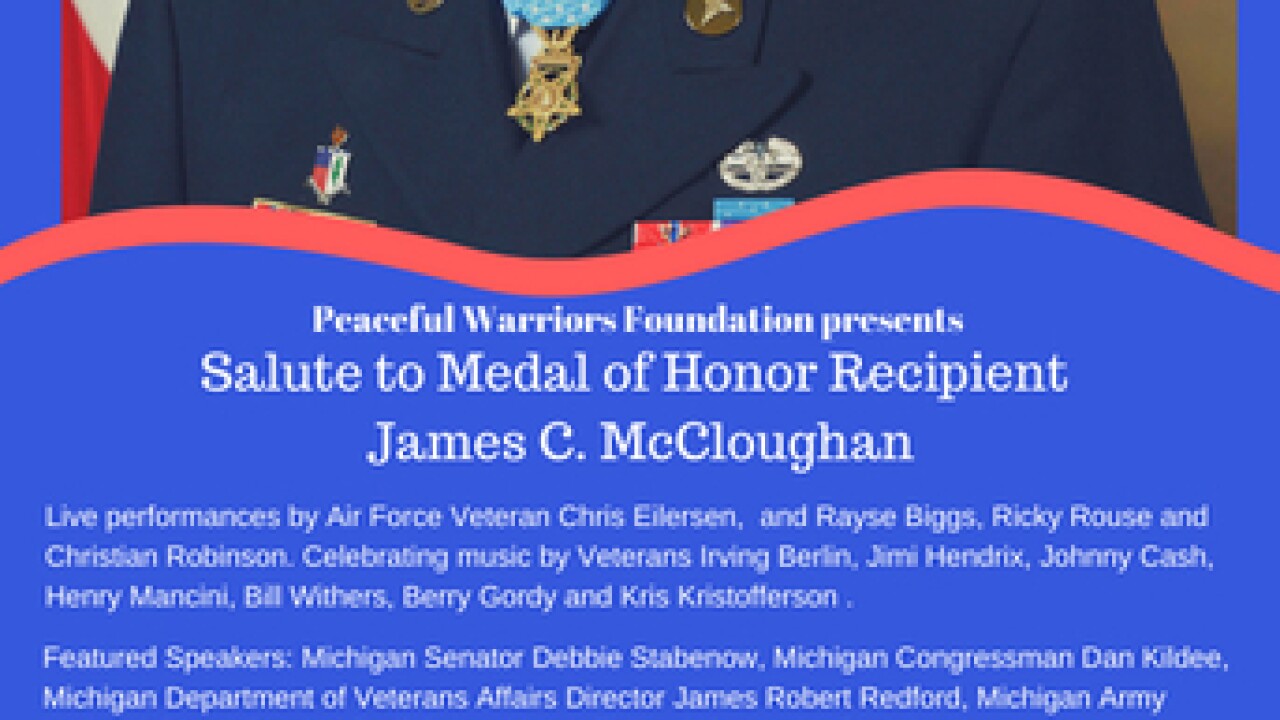 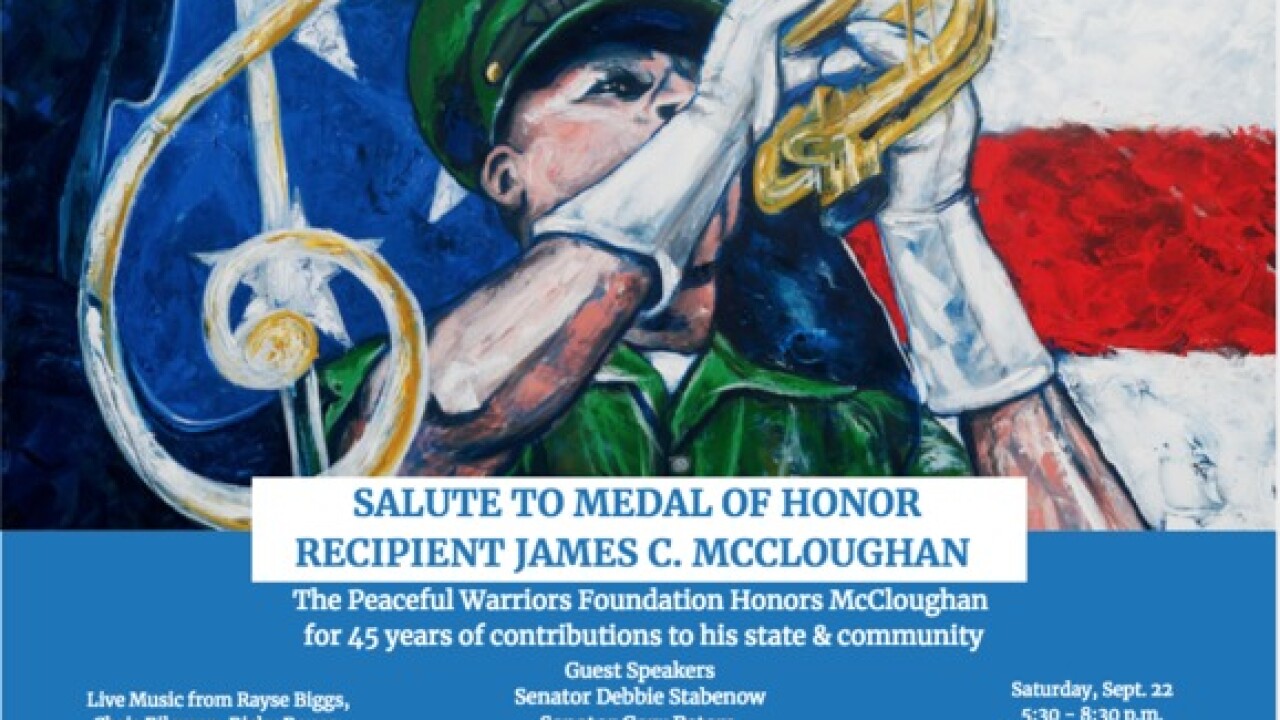 Congressional Medal of Honor recipient and Michigan Veteran Jim McCloughan will be honored by the Peaceful Warriors Foundation (PWF) for his military service and contributions to education and his community since his military service during the Vietnam conflict from 1968-1970.

The PWF has as its mission to honor and remember Michigan veterans through three programs including these special recognition events. It is free to the public and will be held at the Dart Auditorium on the Lansing Community College campus, September 22 at 5:30 p.m.

McCloughan was nominated for the Medal of Honor for his heroic acts during the Vietnam War as a combat medic in May 1969. (https://www.army.mil/medalofhonor/mccloughan/)

The foundation will present its Above and Beyond Award to McCloughan for his 46 years of work on behalf of his community and its young people.

The event will include comments by McCloughan, live musical performances by musicians Rayse Biggs, Chris Eilersen, Ricky Rouse and Christian Robinson, who play the music of famous veterans who were/are also musicians.

Prior to military service, Jim earned a bachelor’s degree in sociology from Olivet College and in 1972 a master’s degree in counseling and personnel from Western Michigan University. He has spent the past 38 years teaching social studies in his hometown of South Haven, along with coaching high school football, wrestling, baseball and American Legion baseball.

With 1,649 coaching victories, he has been inducted into six athletic halls of fame. For 25 years, he has also been a MHSAA wrestling official.

McCloughan has more than 46 years of volunteer and community service. Beyond high school and American Legion coaching, he also has coached 20 Little League teams.

In addition, he has served as the First Vice Commander of the American Legion’s South Haven Post 49, coordinated fundraisers for cancer and cystic fibrosis cures, and continues to be a soloist and member of the Hope Church and South Haven Methodist Church choirs.

McCloughan lives with his wife Cherie and has two sons, two daughters and six grandchildren.