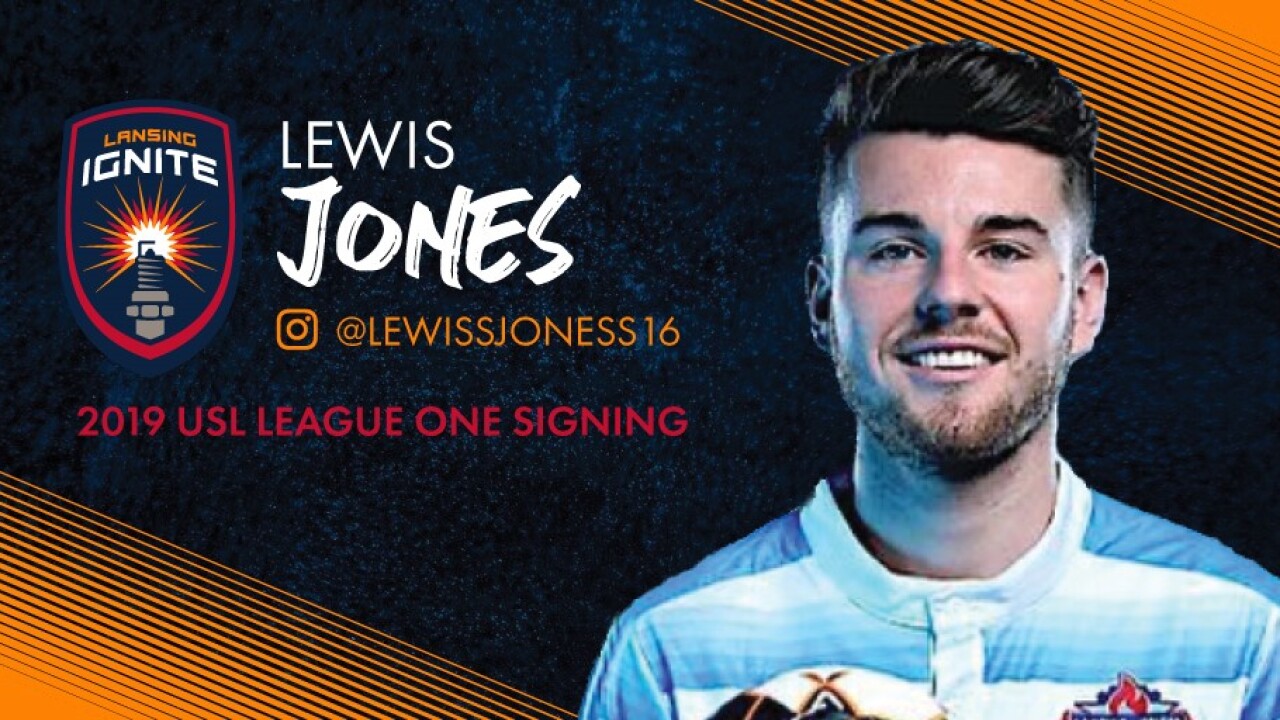 “Jonesy is a player who I have a lot of trust in and who can play multiple positions with a high level of quality,” LIFC Head Coach Nate Miller said. “His work rate is impeccable and can impact the game in a variety of ways. His fitness and versatility give us a lot of value. Jonesy’s mentality and approach to the game has always impressed me as he is always able to find solutions in the flow of the game.”

The 5-foot-10 talent has also appeared on the international stage for the British Virgin Islands, making two appearances for The Nature Boyz during qualifiers for the 2016 Caribbean Cup.

“My experience in Lansing last summer was unforgettable, so I’m thrilled to get back to the city and be a part of something special with Lansing Ignite,” Jones said. “I’m excited to learn from Jeremy and Coach Miller again and am eager to get on the pitch.”

LIFC begins its USL League One campaign against the Richmond Kickers in Richmond, Virginia, on March 30 and against Greenville Triumph SC in Greenville, South Carolina, on April 6. The team will then return home to prepare for its week-long, home-opening celebration. LIFC will hold a celebration in downtown Lansing ahead of the team’s first League One match at Cooley Law School Stadium against the Kickers on April 13, and the celebration of soccer in the Michigan capital will continue three days later when LIFC faces off against the Michigan State Spartans in the Capital Cup. For more information on Ignite FC, visit www.lansingignite.com [lansingignite.com] or follow the team on Twitter, Facebook and Instagram [instagram.com].