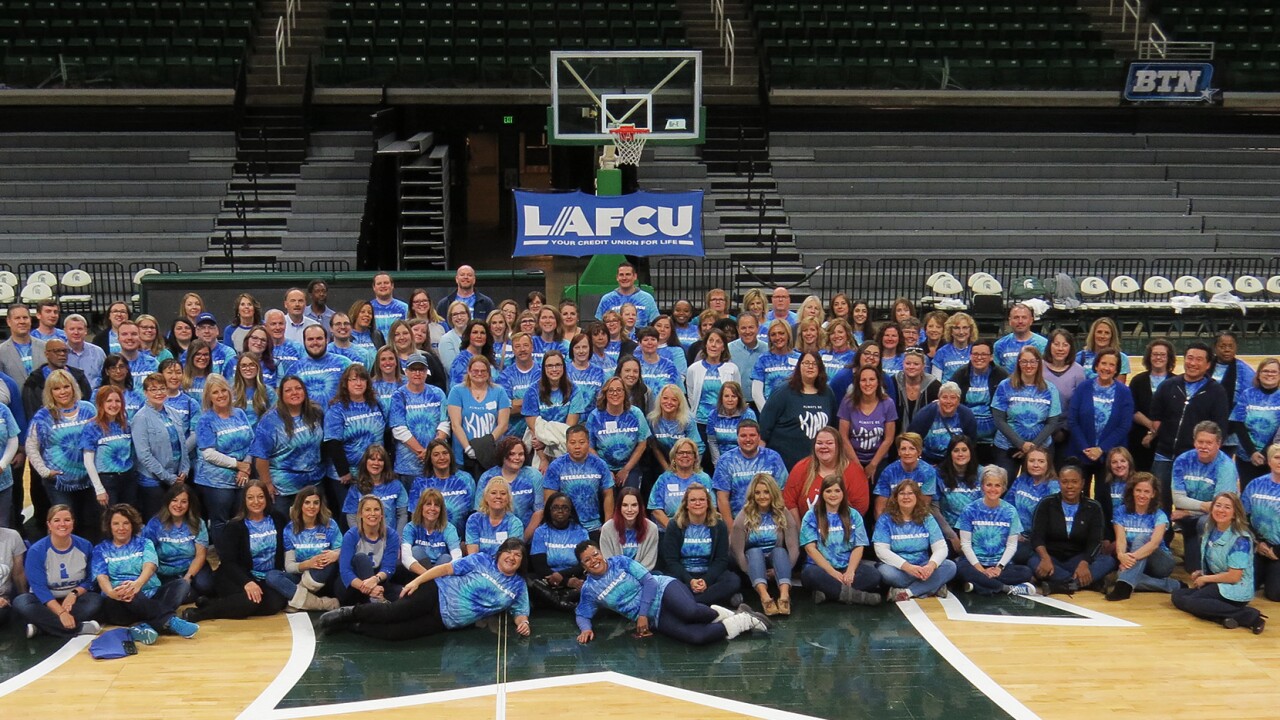 This Professional of the Year award recognizes an individual whose leadership and accomplishments in 2019 have bettered their organization and the credit union movement statewide.

“Pat has so many great leadership qualities,” said MCUL President/CEO Dave Adams. “But for me, the one that sets him apart is that he is mission-driven. For LAFCU, Pat and his team, they’re always on a mission to make an impact in peoples’ lives. Period.”

Randy Freeman, former president of United Autos Workers Local 652 who provided a letter of recommendation for the award, said, “Pat’s support of LAFCU members and our community is refreshing. He and his team stepped in in a big way with special programs for UAW members during the six-week GM strike in 2019. He personally made it clear that LAFCU was here to help. He wanted to ensure that our members could keep food on their tables and pay their rent or mortgage payments. LAFCU really lives its motto of ‘Your Credit Union for Life.’”

Spyke said, “Though this award recognizes ‘an individual,’ it is in truth recognition of the efforts of many, including the amazing team at LAFCU with whom I work to benefit our members.

“I am truly blessed to work in an industry driven by the philosophy of ‘people helping people.’ I feel utterly privileged to work closely with the caring professionals at MCUL and Credit Union National Association; credit union service organizations, and credit union CEOs and leaders to help advance credit union initiatives throughout the state and nation."

Spyke serves on the executive board of Member Driven Technologies, a credit union service organization. He’s also a board member for Greater Lansing Food Bank and is helping to lead its capital campaign.

His interest in the financial industry began in 1979 when working for an East Lansing bank at age 16. That interest fueled a 40-plus year career. He has devoted more than 30 years to the credit union movement – most of them at LAFCU, which he has led as CEO since 2016.

Michigan Credit Union League & Affiliates is a trade association representing the state’s credit unions. It works to strengthen and build awareness of these member-owned organizations and their mission to support members, communities and local businesses.