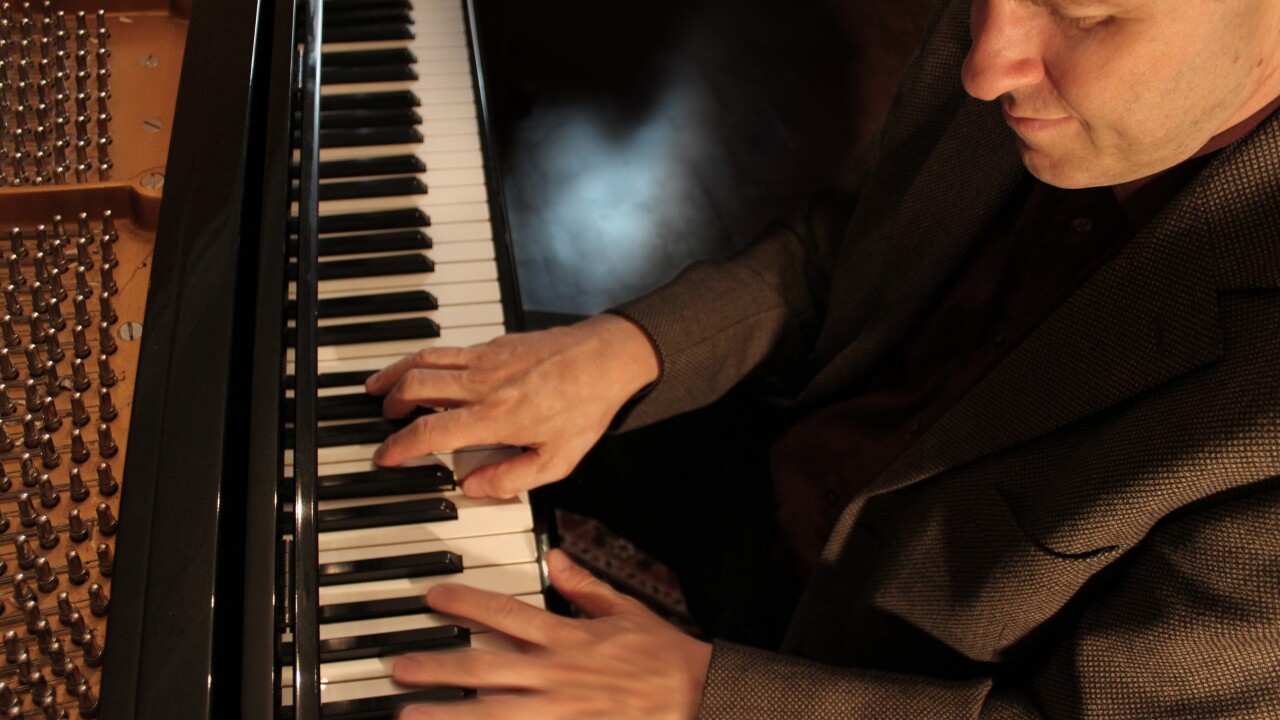 EAST LANSING, Mich. — A jazz pianist and composer known for his fluent, imaginative interpretations of jazz standards and work with revered musicians will teach and tour with jazz students at the MSU College of Music from Feb. 3-9.

Bruce Barth is the third of four jazz artists this academic year to mentor students through the college’s MSU Federal Credit Union Jazz Artist in Residence program. Launched in 2013, the pioneering residency program models the long-standing jazz tradition in which established musicians pass on their knowledge and experiences to aspiring jazz musicians.

While in residence, Barth will work with MSU jazz studies students on campus and then take to the road with MSU Jazz Octets I and II—advanced ensembles featuring a big band sound through a small group. Barth and the accomplished musicians from the jazz program will teach and perform at Michigan schools, arts academies and community venues in Mason, South Haven, Pontiac, Detroit and Rockford. The week-long tour includes a high-energy, on-campus concert showcasing Barth and the MSU Jazz Octets.

“In my opinion, Bruce Barth is a quiet giant of the jazz scene. Having worked with everyone from Terrence Blanchard to Tony Bennett, he always knows what the music needs and how to provide it,” said Associate Professor of Jazz Piano Xavier Davis. “From my days performing in New York City to now, Bruce has been there to encourage and inspire me. I’m excited to have our students learn from his vast experience.”

Barth has been sharing his fluent piano style, imaginative arrangements of jazz standards, and original compositions worldwide for more than 25 years. Originally from Pasadena, California, Barth arrived in New York in 1988 and started working with Stanley Turrentine and Terence Blanchard. He recorded his first two CDs as a leader while in Blanchard’s band; both made the New York Times’ top 10 lists. Barth has performed on over 125 recordings and movie soundtracks. His trio has recorded live at the legendary Village Vanguard in New York City, and has appeared at major European festivals, including San Sebastian, La Spezia, and San Javier. His duo recording Home with saxophonist Steve Wilson was chosen by Down Beat magazine as one of the best recordings of 2010. His recent release Sun-day was recorded live in Spain and features tenor saxophonist Jerry Bergonzi.

Barth’s trio and larger ensembles have performed in the U.S., Europe and Japan. He has led bands in major New York venues, The Kennedy Center in Washington, D.C., and major festivals in the UK, Spain, Sweden and Portugal. He has collaborated with Terell Stafford, Steve Wilson, Luciana Souza, Steve Nelson and Tony Bennett, and performed with James Moody, Phil Woods, Freddie Hubbard, Tom Harrell, Branford Marsalis, Art Farmer, and the Mingus Big Band. A dedicated teacher, he is on the faculties of Temple University and Columbia University, and gives master classes around the globe.