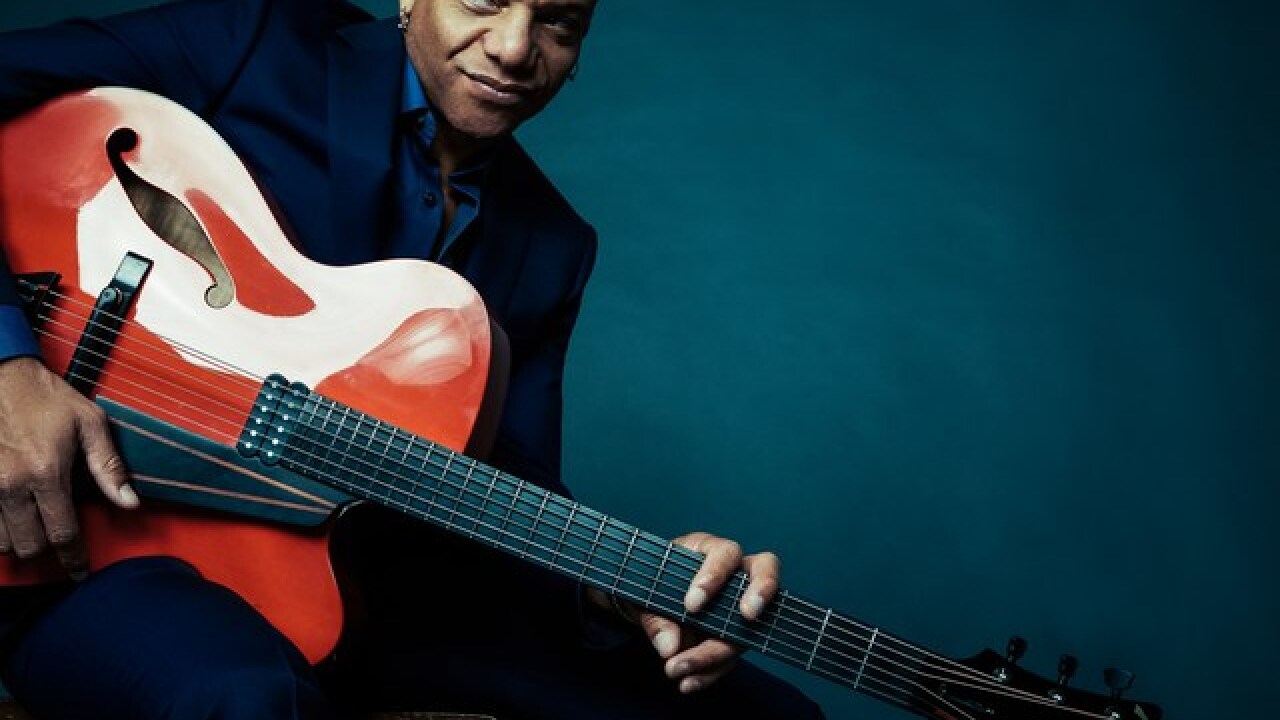 Copyright 2018 Scripps Media, Inc. All rights reserved. This material may not be published, broadcast, rewritten, or redistributed.
Deneka Peniston

A jazz guitarist and collaborator considered among the best in the business will teach, tour and share his professional insights with jazz students from the MSU College of Music from Dec. 1-9.

Mark Whitfield is the second of four jazz artist this academic year to mentor students through the MSUFCU Jazz Artist in Residence program coordinated by the MSU College of Music.

Launched in 2013, the pioneering residency program, supported by a $1 million endowment by the MSU Federal Credit Union, models the long-standing jazz tradition in which established musicians pass on their knowledge and experiences to aspiring jazz musicians.

While in residence, Whitfield will work with MSU jazz studies students on campus and then take to the road with MSU Jazz Orchestra I to teach and perform at Michigan schools, arts academics and community venues in Kalamazoo, Lansing, Warren and Northview, The week-long

tour includes holiday-themed performances, beginning Dec. 1 with “Noel Night” in Detroit, followed later in the week by a concert with MSU Jazz Orchestras on campus.

“Mark Whitfield is a highly modern and sophisticated player who is also deeply funky and soulful,” says

Randy Napoleon, MSU assistant professor of jazz guitar. “In addition to being a virtuoso and a first-rate musician, Mark is a true extrovert, and is very generous about sharing his wealth of musical and professional knowledge with others.”  Whitfield graduated from Boston’s Berklee College of Music in 1987.

Turrentine and George Benson, his greatest teacher and mentor. In 1990, the New York Times dubbed

In January 2017, Whitfield released Grace with the Whitfield Family Band. The group features Whitfield on guitar, his sons Dave Whitfield on piano and Mark Whitfield Jr. on drums, Yasushi Nakamura on bass, and Sy Smith singing the title song.“

We like to think that the holidays are coming early this year when Mark Whitfield comes to town,” says Director of Jazz Studies Rodney Whitaker. “Mark is extremely relatable and quick to share what he’s learned from legendary and contemporary artists. He’s also simply one of the best jazz guitarists on the scene.”

Now in its sixth year, the MSUFCU Jazz Artist in Residence program attracts high-level talent and serves as a model for jazz studies programs nationwide. Inspiring lineups provide students and

communities a rare opportunity to listen to and learn from high-energy, well-known musicians and virtuosos who are equally accomplished as educators, composers and arrangers shaping the world of

jazz. All combined, the residencies of 21artists to date have reached more than 29,000 students and adults across Michigan through workshops, performances and one-on-one instruction at non-profit organizations and at middle and high schools. Jazz Guitarist Mark Whitfield will be the second in the versatile line-up of Jazz Artists in Residence for 2018-19, which included saxophonist Melissa Aldana

in October. The program will welcome bassist Mimi Jones in February, and trombonist Steve Davis in March. Whitfield will perform with the MSU Jazz Orchestras I led by Rodney Whitaker in the MSU Fairchild Theatre on Friday, Dec. 7, at 8 p.m. The concert will also showcase performances of MSU Jazz Orchestra II. Tickets are reserved seating, $17 adults; $15 seniors; $7 for students and those under 18 with valid ID, and are available from the College of Music box office—in person at the Music Building, Room 102, 333 W. Circle Drive or over the phone at (517) 353-5340—online at music.msu.edu, or at the door one hour before the show. Schedule:

MSUFCU Jazz Artist in Residence Mark Whitfield A collaborator with a who’s-who list of jazz musicians, Mark Whitfield was bound for greatness ever since he left his Berklee College of Music roots in the late 1980s. He earned “The Best Young Guitarist in the Business” nod in 1990 by the New York Times and a stack of accolades ever since.

•Saturday, Dec. 8, Location and performance to be announced