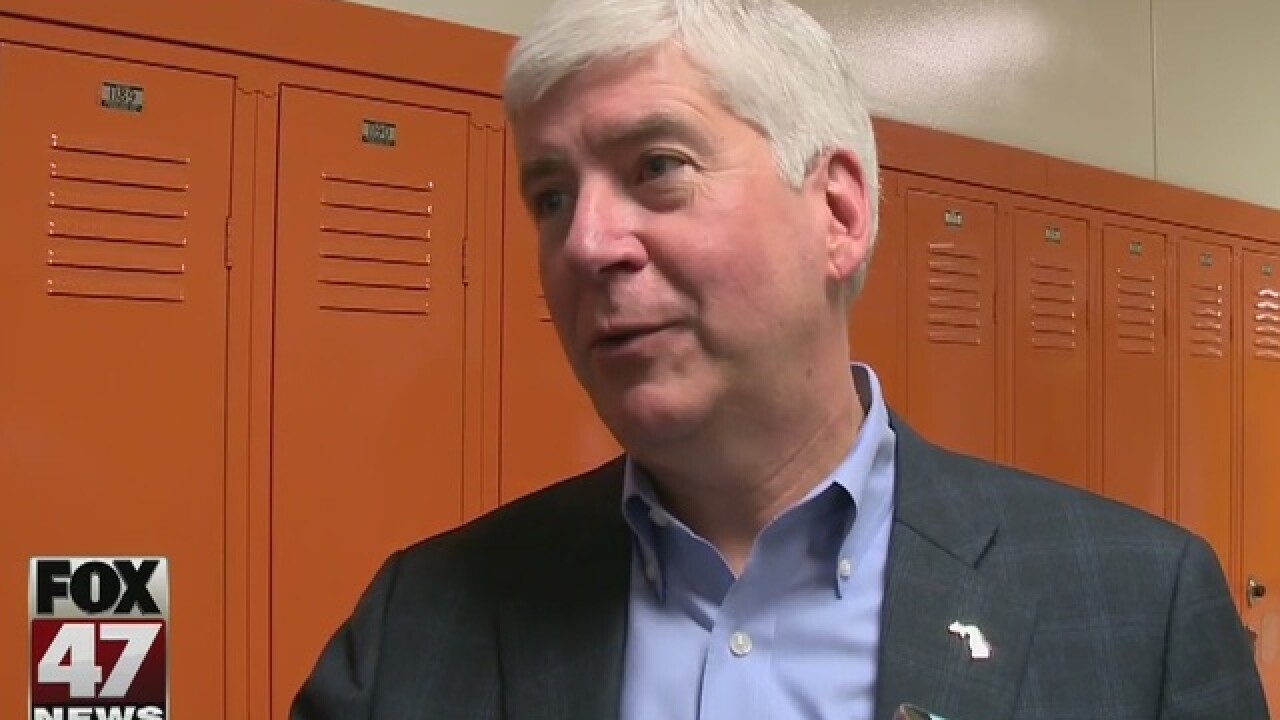 Gov. Rick Snyder today reiterated his call for civility, asking people to pledge to treat others with respect and courtesy by signing onto his civility letter.

Individuals who sign the civility letter agree to stand together to discuss and debate issues with politeness toward one another, regardless of political party or personal beliefs. Additionally, they vow to encourage others to join them in support of civility, with the belief that they can solve more problems by working together than apart.

“It’s important we work together and treat each other with courtesy and respect regardless of beliefs, backgrounds or political affiliation,” Snyder said. “Civility is a necessity across the entire country in order to make policy decisions that benefit the United States and its residents as a whole.”

Late last month, Gov. Snyder launched his civility letter, with 224 signatures from government, education, business, and labor leaders from across Michigan. Since then, 502 individuals have joined them in showing their support for civility, bringing the letter to 726 total signatures, including:

Residents and businesses from 11 states have joined Michigan to show their support for civility in public discourse in the United States, including Arizona, California, Georgia, Louisiana, Maryland, Massachusetts, Missouri, North Carolina, Virginia, and Wisconsin.

“I am proud to see Michigan be the driving force in bringing civility back to policy discussions,” Snyder said. “Over time, we have seen an increasing amount of hostility and threats across all political spectrums. This initiative can serve as the beginning of a much-needed and ongoing discussion about civility.”

For more information or to sign the letter, visit  www.civilityforus.com