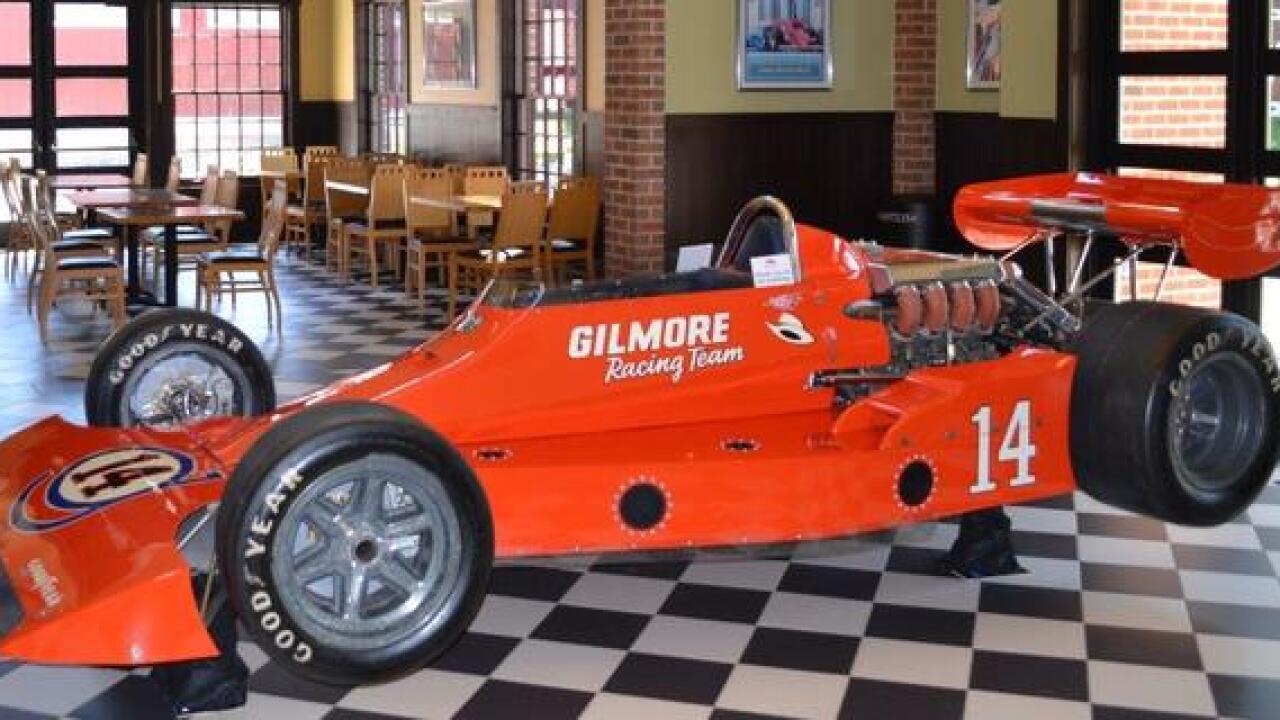 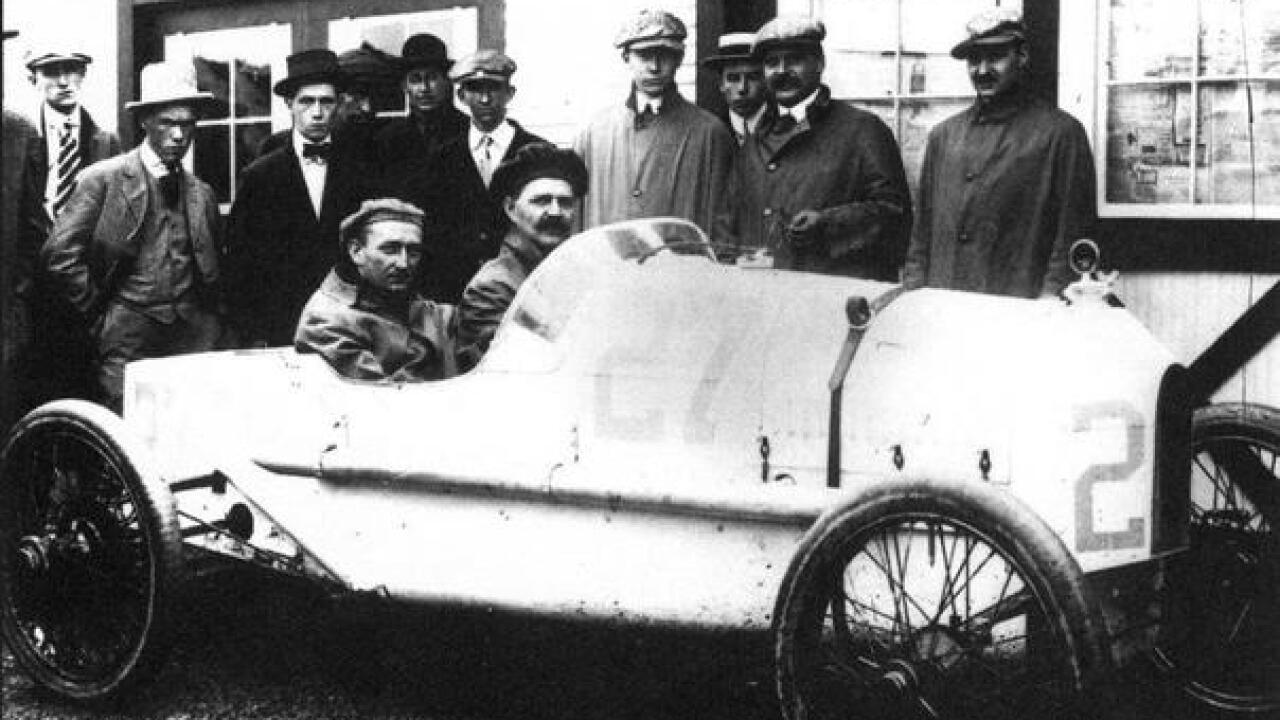 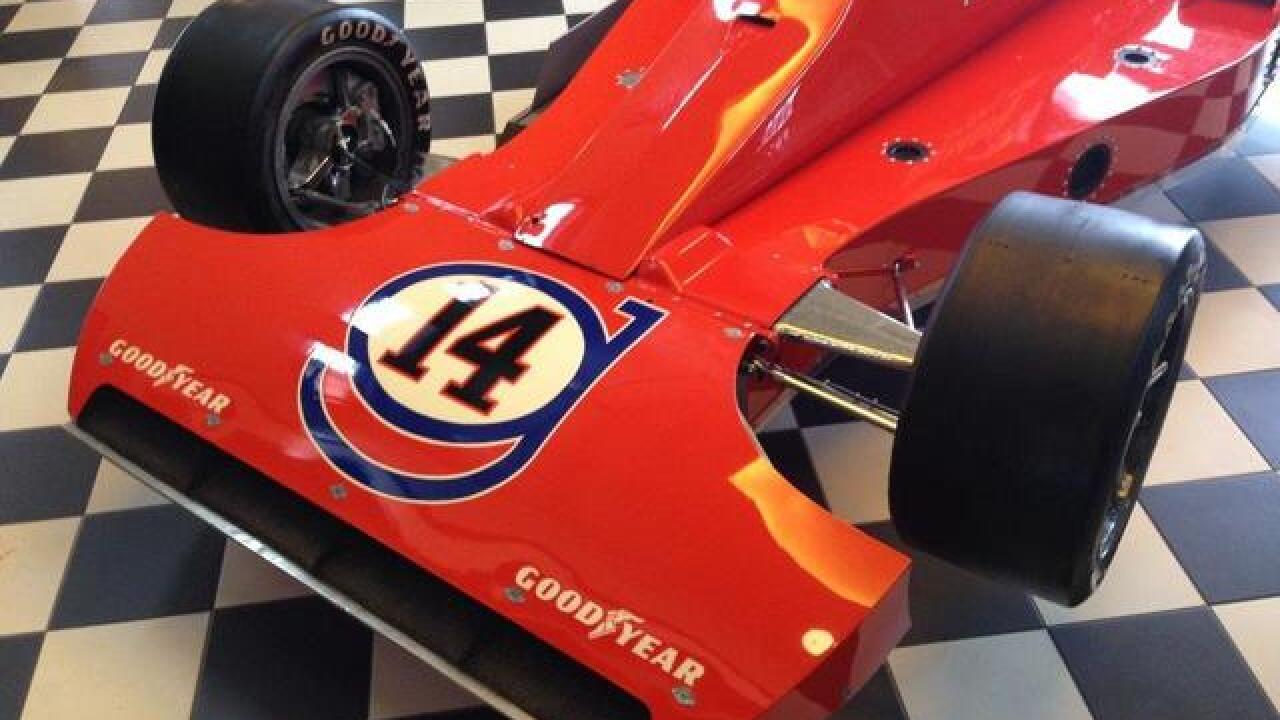 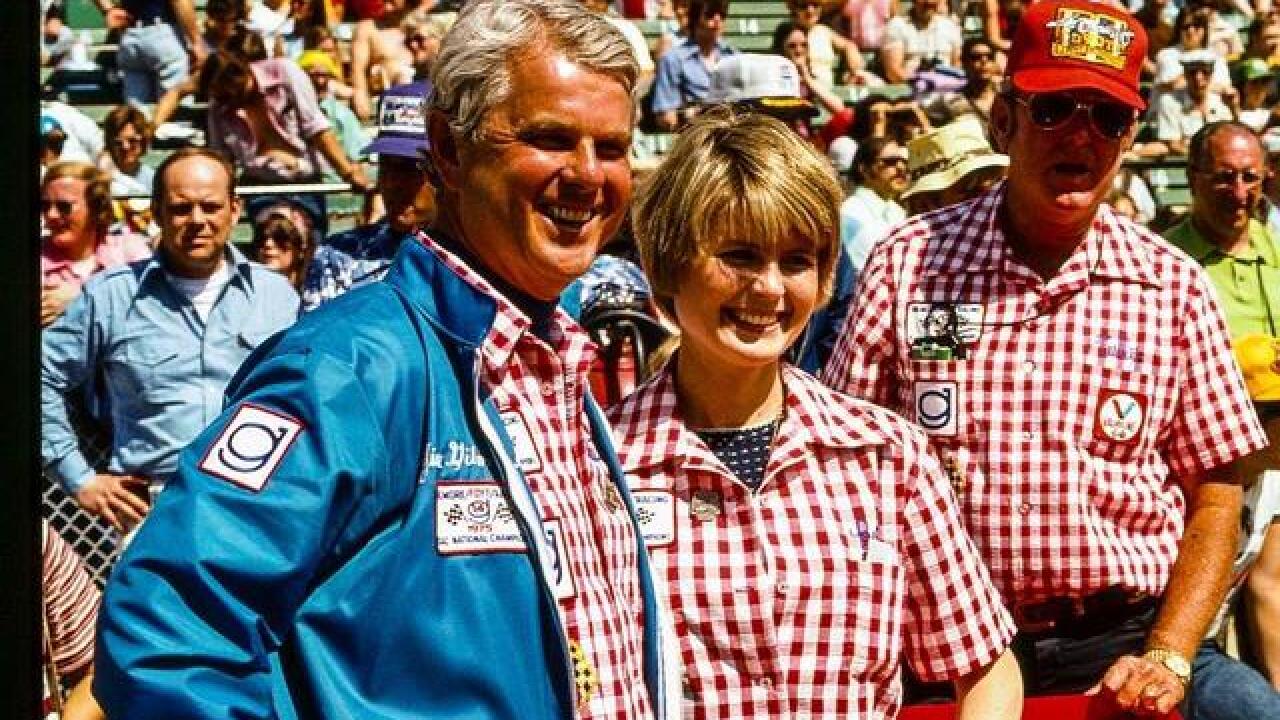 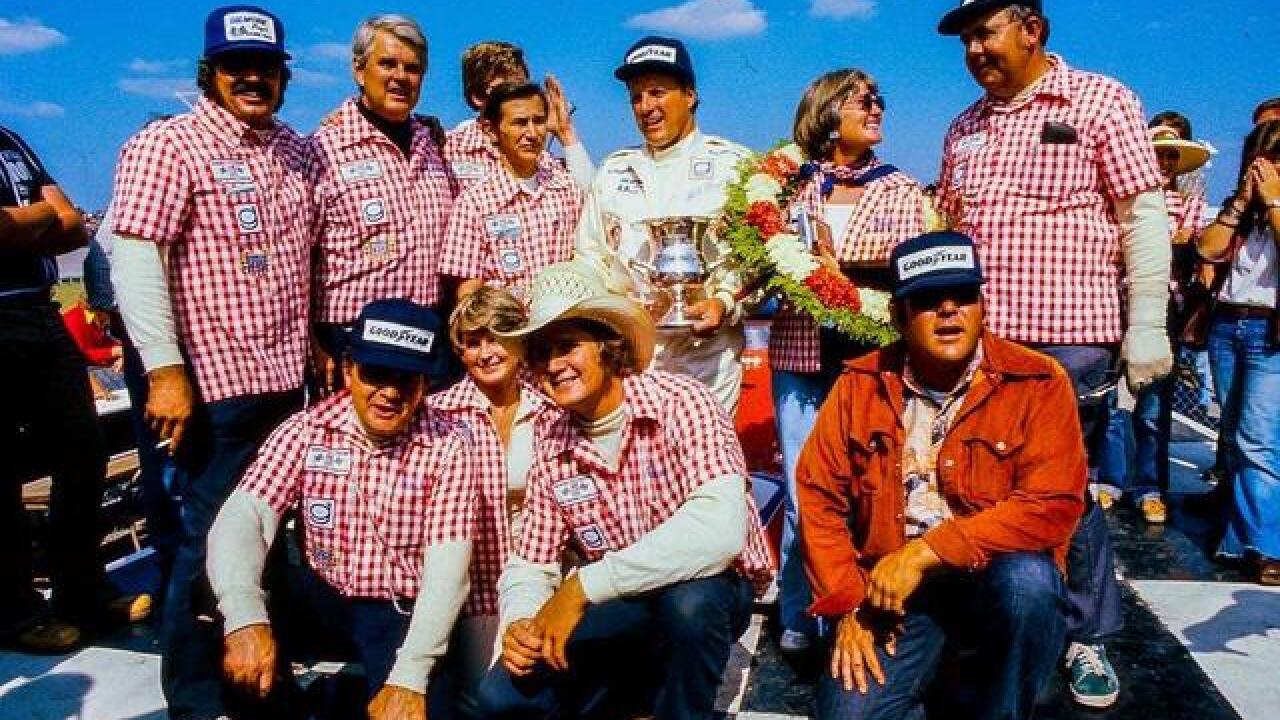 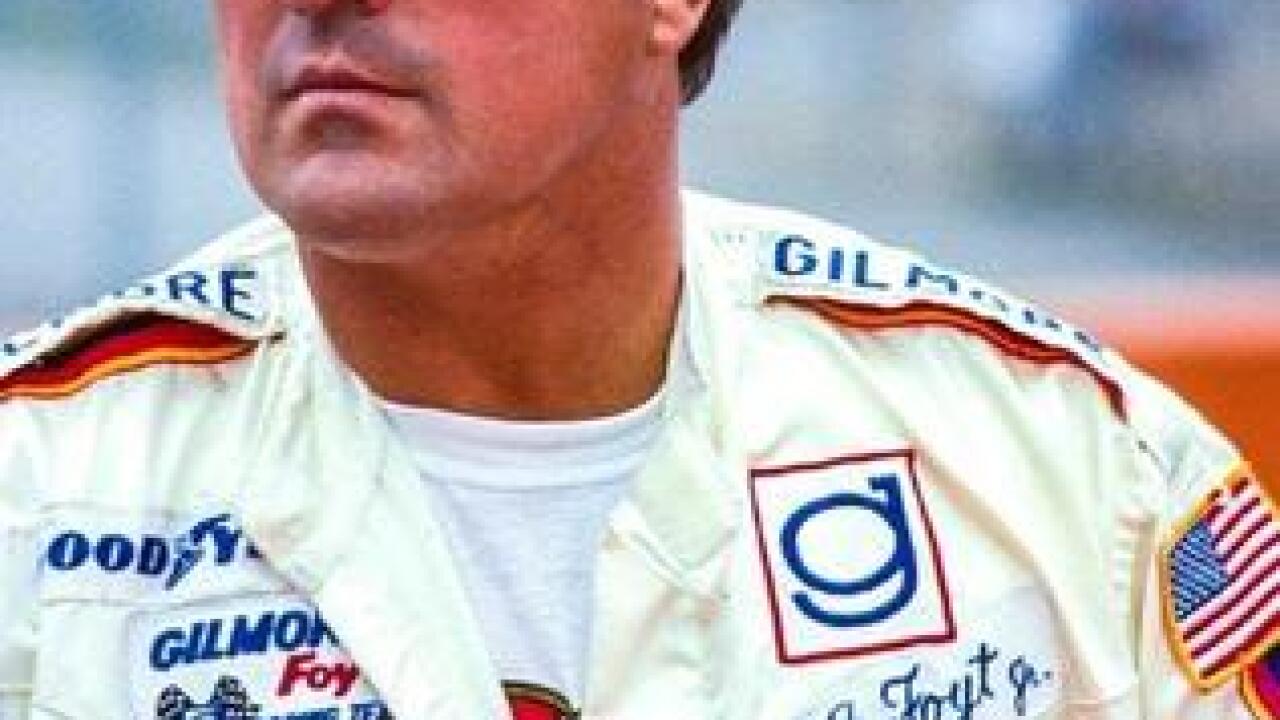 Posted at 2:30 PM, Apr 05, 2018
In celebration of the 102nd running of the famed Indy 500 the Gilmore Car Museum near Kalamazoo, Michigan has announced a special exhibit honoring auto racing icon A.J. Foyt, opening on April 14.
“A.J. Foyt: A Legendary Exhibition,” which originally debuted at the Indianapolis Motor Speedway Museum last year, will arrive at the Gilmore Car Museum with a twist­­­—it will feature West Michigan’s connections to the race and the iconic driver.
"We are proud to honor this incredible racing legend with ties to our local community,” stated Christopher Shires, Executive Director of the Gilmore Car Museum, “with an exhibit celebrating one of the most diverse and successful careers in auto racing history."
Kalamazoo-based Jim Gilmore Enterprises sponsored the team in 1977 when Foyt became the first driver to ever win the Indianapolis 500 four times.
Jim Gilmore, Jr., the nephew of Museum founders Donald and Genevieve Gilmore, was once Mayor of Kalamazoo and owner of several TV / radio stations and automotive dealerships throughout the country. Local residents will surely recall seeing the signature orange #14 Indy race car hanging from the ceiling of Gilmore’s downtown Cadillac dealership.
Gilmore sponsored his first Indy race team in 1967 with Gordon Johncock, from nearby Hastings, MI behind the wheel. A 1968 Gerhardt-Offy driven by Johncock for the Gilmore Broadcasting Team will be part of the exhibition.
A.J. Foyt joined the Gilmore team in 1973.  With a total of 67 career victories he became INDY CAR Racing’s most acclaimed driver. He is also the only person to have won the Indy 500, the Daytona 500 and the 24 Hours of Le Mans (with co-driver Dan Gurney) and of course, was the first driver to ever win the Indy 500 four times. That feat has been matched only two other times: Al Unser won his fourth Indy 500 in 1987, ten years after Foyt made history, and Rick Mears did so as well in 1991.
"A.J. Foyt is perhaps the most iconic and well-known driver in the 108-year history of the Brickyard," explained Gilmore Car Museum Executive Director Christopher Shires.
Several cars that Foyt drove in competition, from his early dirt tracks days to the pinnacle of auto racing, the Indy 500, will be on display. Foyt’s Indianapolis 500 winning cars; the Bowes Seal Fast Special of 1961, the Sheraton-Thompson Specials from 1964 & 1967, and the Gilmore-Foyt Coyote that ran in 1977 are part of the exhibit.
It may surprise many that the Indy 500 – known as the “Greatest Spectacle in Racing” – had strong West Michigan ties since the beginning. The inaugural Indy 500 in 1911 was won by Ray Harroun who still has family in the Kalamazoo area. In 1915, company namesake Louis Chevrolet ran the brick paved Indianapolis 500 race in the Blood Brother’s Cornelian racecar built in nearby Allegan. Today, that car is owned by the Speedway Motors Museum of American Speed of Lincoln, NE which has graciously loaned it to the Gilmore Car Museum.
Still, the most legendary West Michigan connection is certainly the iconic A.J. Foyt and the record breaking Gilmore / Foyt Race team.
“A.J. Foyt: A Legendary Exhibition,” will premier to the public at the Museum on Saturday, April 14 and will run through September 2018.
The Gilmore Car Museum—North America’s Largest Auto Museum—is located midway between Chicago and Detroit, just minutes from Kalamazoo, MI.  It displays nearly 400 vehicles year-round, presents several special events and cars shows, and offers ever-changing special exhibits throughout the season. Visit GilmoreCarMuseum.org to learn more and plan your visit.
Source: PRESS RELEASE
PRESS RELEASE