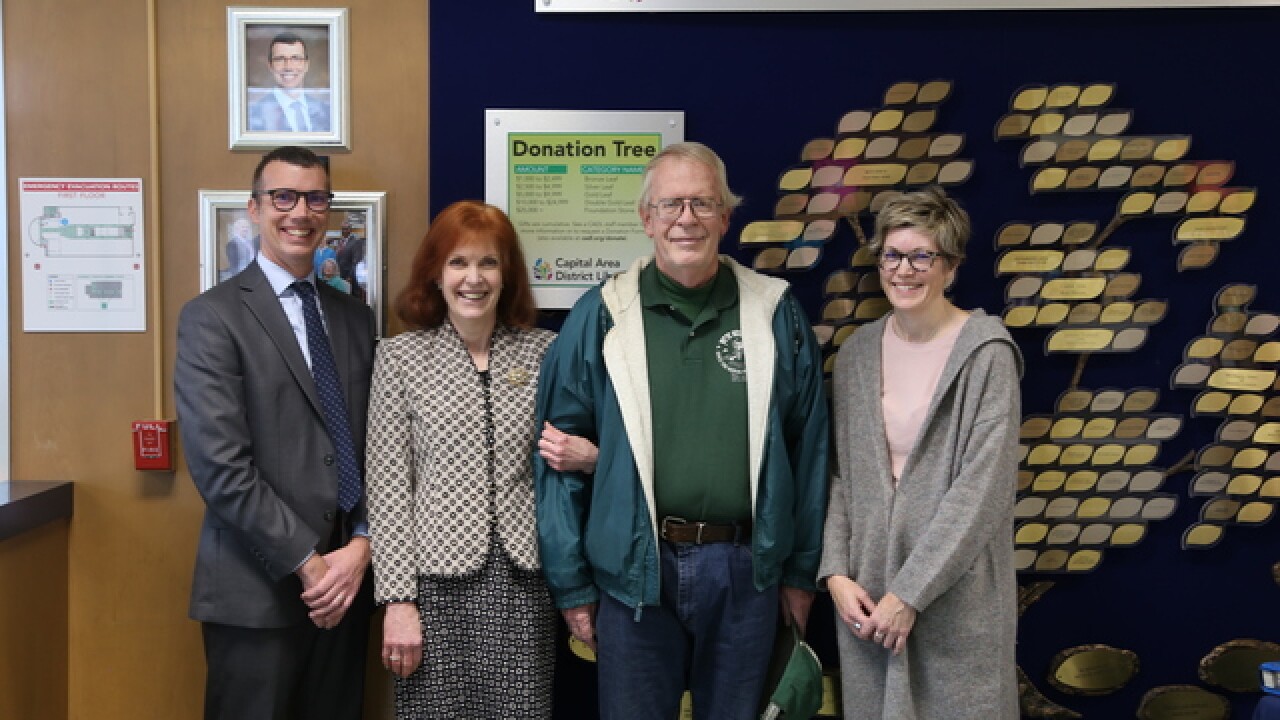 The Forest Parke Library & Archives Local History Collections at Capital Area District Libraries announces a generous gift that will honor Rudolf and Adelheid Stober and their contributions to the community of Lansing. Their donation falls within CADL’s Foundation Stone Giving Level of $25,000 and over. This gift is given with great love and respect from their three children.

After the annexing of East Prussia in 1945, Rudy and Heidi were designated Displaced Persons. Rudy immigrated to America with his wife Heidi, landing on Ellis Island in 1951. He had only pennies in his pocket but was a highly skilled brick mason.

Rudy’s body of work includes many massive commercial structures that are familiar to every citizen in Greater Lansing. They include the Michigan State University Administration Building, major additions to the Otto C. Eckert Municipal Power Plant and Dwight Rich Junior High School for which Rudy was the project foreman. The quality of his work is still marveled at today.

When he became a businessman, Rudy responded to his hard-won position by looking toward the Lansing community and working to give back. He wore a business suit with an American flag in his lapel every day, wishing to honor his adopted country.

In 1963, Rudy bought the Rustic Village Bar on East Michigan Avenue in Lansing. The bar was owned and operated by Rudy Stober and his family for nearly 50 years and is known as the “oldest bar in Lansing.” The bar held a place in local culture that traversed many sociocultural eras, from piano bar to disco, through difficult economic times, downtown neighborhood shifts, and back again. Rudy was a champion of an open, accepting environment no matter the circumstances.

Rudy Stober was also a sponsor of various sports teams and received three Hall of Fame awards. He earned a Certificate of Appreciation from Perry Public Schools for classroom lecture, and a commendation from the Special Olympics. Ever the builder, in 1991 Rudy transported and installed a hand-carved mahogany bar from Haiti into his own bar in Lansing. The mahogany is accompanied by stained glass made by a famous Santa Monica art glass company.

Rudy and Heidi Stober always worked to give America and Lansing their very best. The Forest Parke Library & Archives is currently working on an exhibit to honor them, including pictures, Rudy’s writings, medals, awards, vintage bar paraphernalia, and his collected art works.

With 13 branches and a mobile library, Capital Area District Libraries serve 23 municipalities in Ingham County. Its mission is to empower our diverse communities to learn, imagine and connect. For information about hours, services or events, call 517-367-6300, or visit cadl.org.