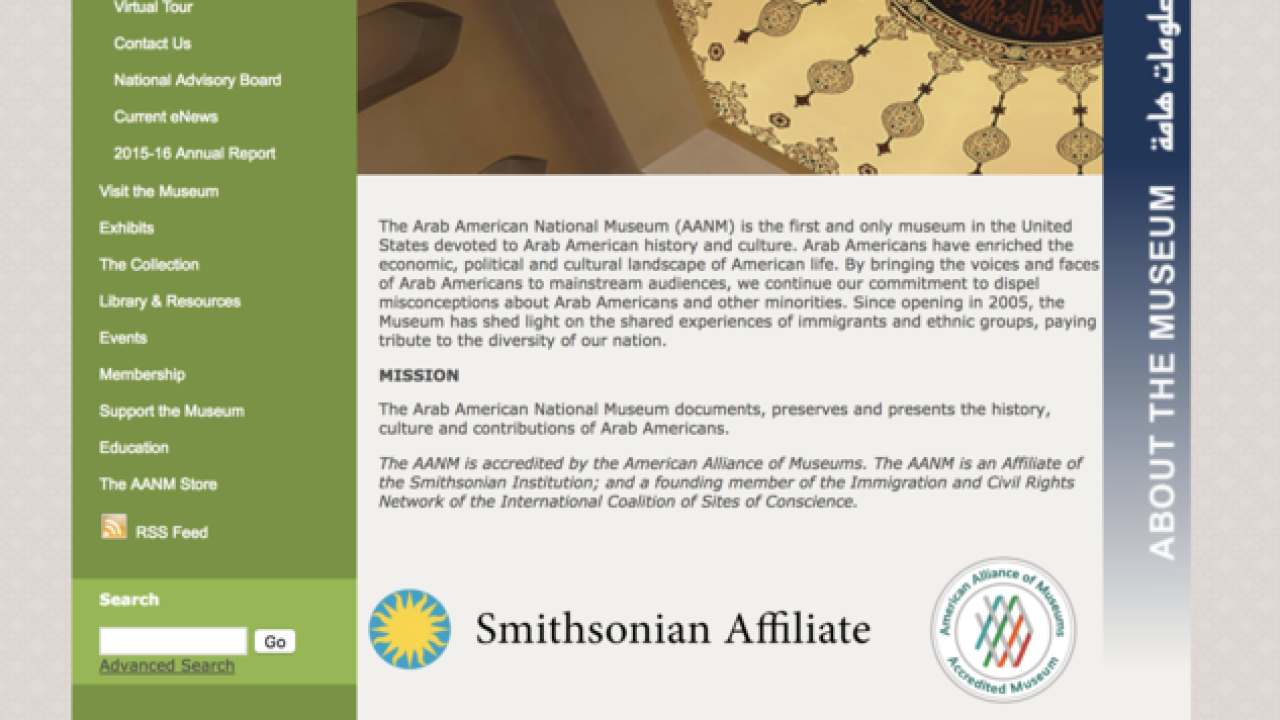 The Arab American National Museum has been honored by a Middle Eastern initiative that recognizes the accomplishments of Arab individuals and groups.

The Dearborn, Michigan, museum received the Cultural Excellence Award from Takreem at a weekend ceremony in Amman, Jordan.

Museum Director Devon Akmon, who accepted the award, tells The Associated Press in an email it's "inspiring" that the museum's "work is "recognized ... across the Arab diaspora." He tells The Jordan Times "it's essential to spread knowledge about the positive aspects of the Arab culture and traditions in this critical time."

The museum opened in 2005 in the Detroit suburb with one of the largest Arab communities in the U.S.