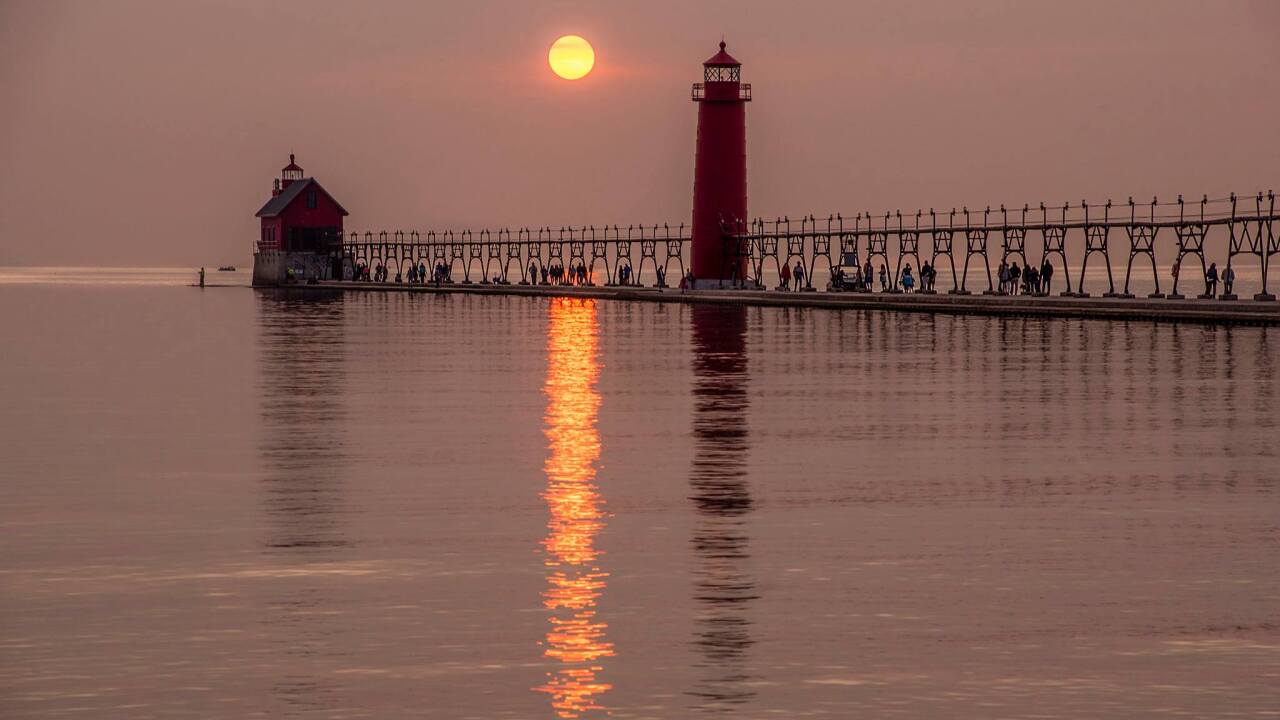 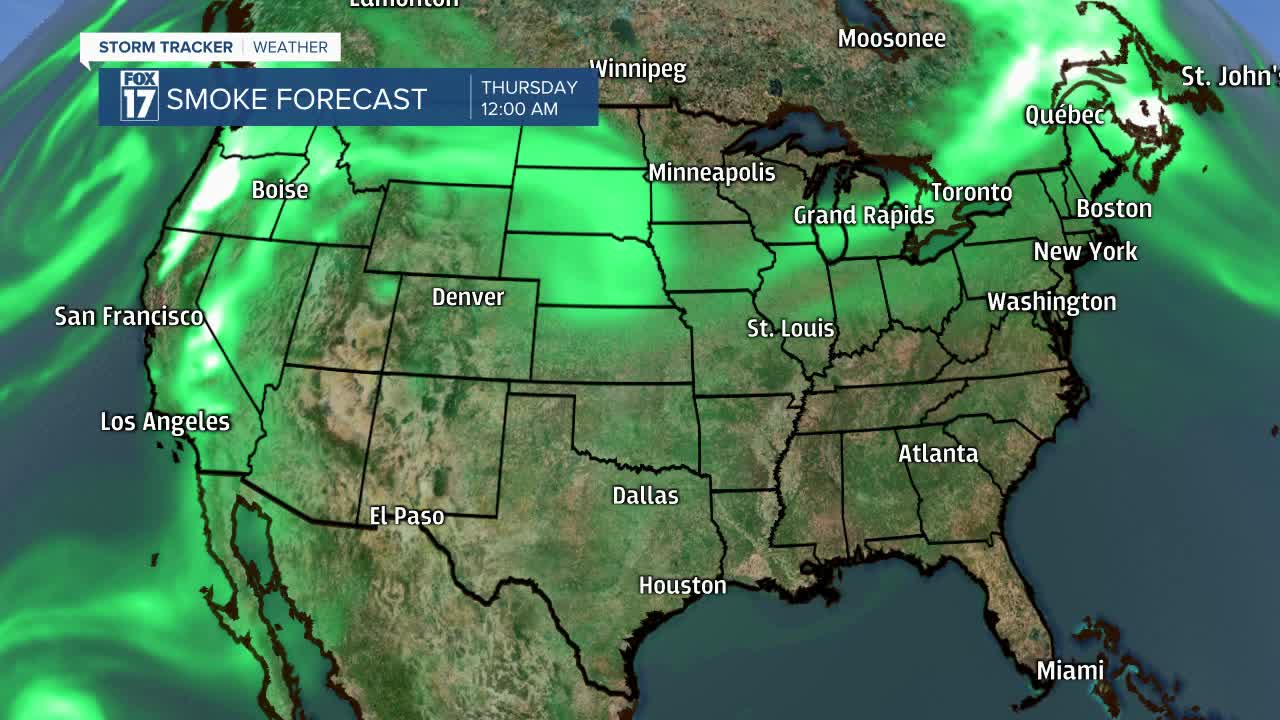 For what has seemed like weeks wildfires along the West Coast of the United States have been burning...literally out of control. At last check, more than five million acres have been torched. That's a staggering number! If that wasn't bad enough, some of the worst air quality in the entire world can be found in California, Washington, and Oregon.

As the smoke, soot, and ash rise, it doesn't magically disappear. It rises high into the atmosphere. Some not so high, will get shuffled by lower level winds and moved several hundred miles downwind (usually east) from the main area. But some of this can be lofted several thousand feet into the atmosphere, then get picked up by upper level winds around 30,000 feet or around 300 millibars. These jet stream level winds that move our weather systems across the country from west to east, can carry these contaminants and particles more than a thousand miles. Case in point, we're seeing the smoky haze from these wildfires here in Michigan.

On Monday, you would have been hard pressed to find a cloud in the sky here in Michigan, but the shining sun was not very prevalent or bright. It was obscured by the smoke and haze from the West Coast wildfires. You could almost look directly at it momentarily and witness the orange ball of fire hanging in the sky. The nice thing is, those contaminants make for some nice, brilliant, colorful sunrises and sunsets. Remember back to science class where the shorter wavelengths of blue are scattered out, leaving the longer ones of red and orange. So consequently, we see some beautiful colors. These microscopic particles also create cloud condensation nuclei, which allow water droplets to form.

The image below was taken on Monday at Pere Marquette by Sharon Puisis.

Here's another image, also taken on Monday, from Steve Damstra in Grand Haven.

We expect the smoky haze to continue this week. So while we are expecting mostly sunny skies, it may actually end up partly sunny, or at the very least hazy, with West Coast smoke hanging in our Michigan air. Take a look at the video above via one of our forecast models. It's a smoke forecast model. Everything in green is denoted as smoke. You can see it's traveling over a large portion of the country more than a thousand miles from the source.

Get the complete West Michigan forecast at www.fox17online.com/weather.