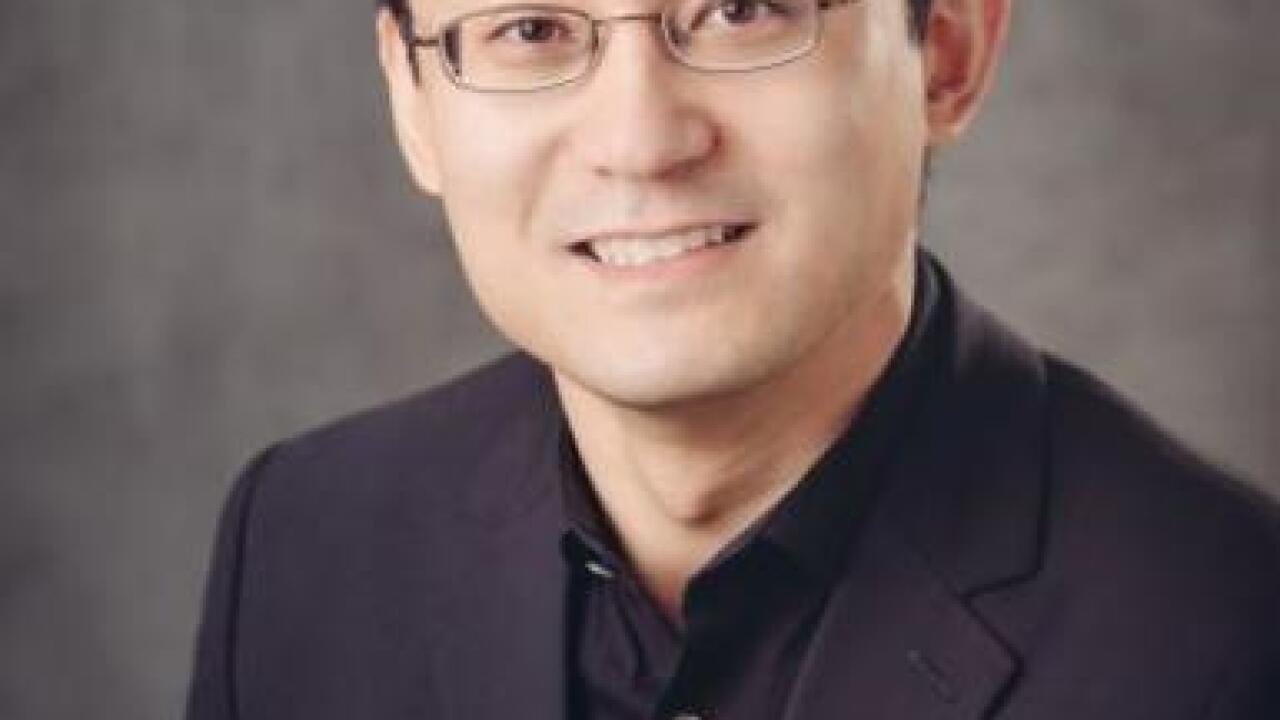 An associate professor of composition at the Michigan State University College of Music is in the running to receive a Grammy for a contemporary classical piece he wrote for the Cincinnati Symphony Orchestra.

Zhou Tian’s work, “Concerto for Orchestra,” was nominated for the industry award from the Recording Academy in the category of “Best Contemporary Classical Composition.” The winner will be announced Jan. 28 at the 60th Annual Grammy Awards in New York.

Zhou’s composition was one of three commissioned works on the 2016 CSO album, “Concertos for Orchestra,” under the direction of CSO conductor and music director Louis Langrée.

“I am humbled and extremely honored,” Zhou said. “There were no notifications beforehand, so many friends and colleagues learned about it before I did. I was driving to MSU that morning and my wife called and said many of her colleagues were sending congratulations. My first reaction was, ‘No way! Go to Grammy.com and check again.’”

Zhou joined the MSU composition area in fall 2016 shortly after the CSO premiered “Concerto for Orchestra” for its 2015-16 season finale. Zhou regards the 35-minute, four-movement concerto among his most important commissions. He was asked by the CSO to do the work after the orchestra commissioned him for the 15-minute concert opener “Trace” in 2013.

Christopher Pinelo, vice president of communications for the CSO, said Zhou’s first commission for the CSO came about when the orchestra was in between music directors. At that time, he said, the orchestra engaged creative directors to curate different series.

“Composer Jenifer Higdon was one of those creative directors and for her series, she introduced the CSO to her former student Zhou Tian with a commission,” Pinelo. “With the success of that piece, Louis Langrée thought it fitting to include him in the ‘Concertos for Orchestra’ project. Zhou’s masterfully constructed piece really showcases the artistry and virtuosity of the CSO.”

Ricardo Lorenz, professor of composition and chairperson of the composition area, said Zhou composed an extraordinary work that can stand shoulder-to-shoulder with great works of the standard symphonic literature. Lorenz said the work, which consists of a series of micro concertos, was put on the map thanks to an exemplary performance recording by a top tier orchestra.

“Zhou is a superb composer who bridges the artistic, the academic and immensely competitive and savvy world of the music business,” he said. “We are extremely proud to have Zhou as our colleague and to have his strengths and achievements complement those of our composition faculty. He is a fantastic role model for students who aspire to combine sophistication, technical demand and extreme musicality in their works, and to break into the professional music scene.”