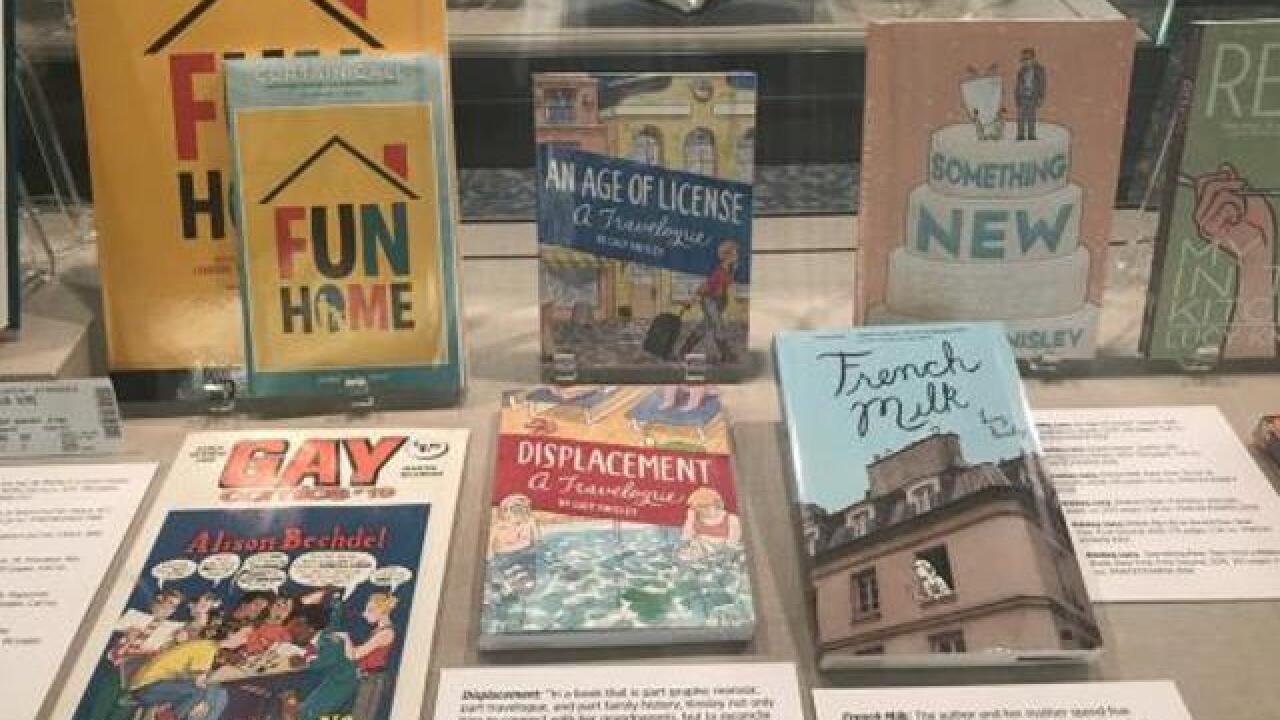 MSU Libraries’ newly installed exhibit cases and its debut exhibit, Women Comics Professionals, is now on display. This exhibit will be up through June 2018 in the Special Collections Gallery on the first floor of the Main Library.

Women Comics Professionals features selections from the Comic Art Collection in Special Collections — the largest collection of its kind in the nation with over 300,000 comics. The exhibit was curated by Randall Scott, comic art bibliographer at MSU Libraries, and sponsored in part by MSU Libraries’ generous supporters, Bruce and Lynn Edwards.

Scott’s second exhibit features Wimmen’s Comix (1972-1992,) which were among the first all-woman comic books, on 4-West of the main library. The exhibit showcases all 17 issues of Wimmen’s Comix, along with a list of each issue’s contributors and art samples.

The Wimmin’s Comix exhibit is on display now through April 2018. All library exhibits can be viewed anytime during the Main Library’s open hours.