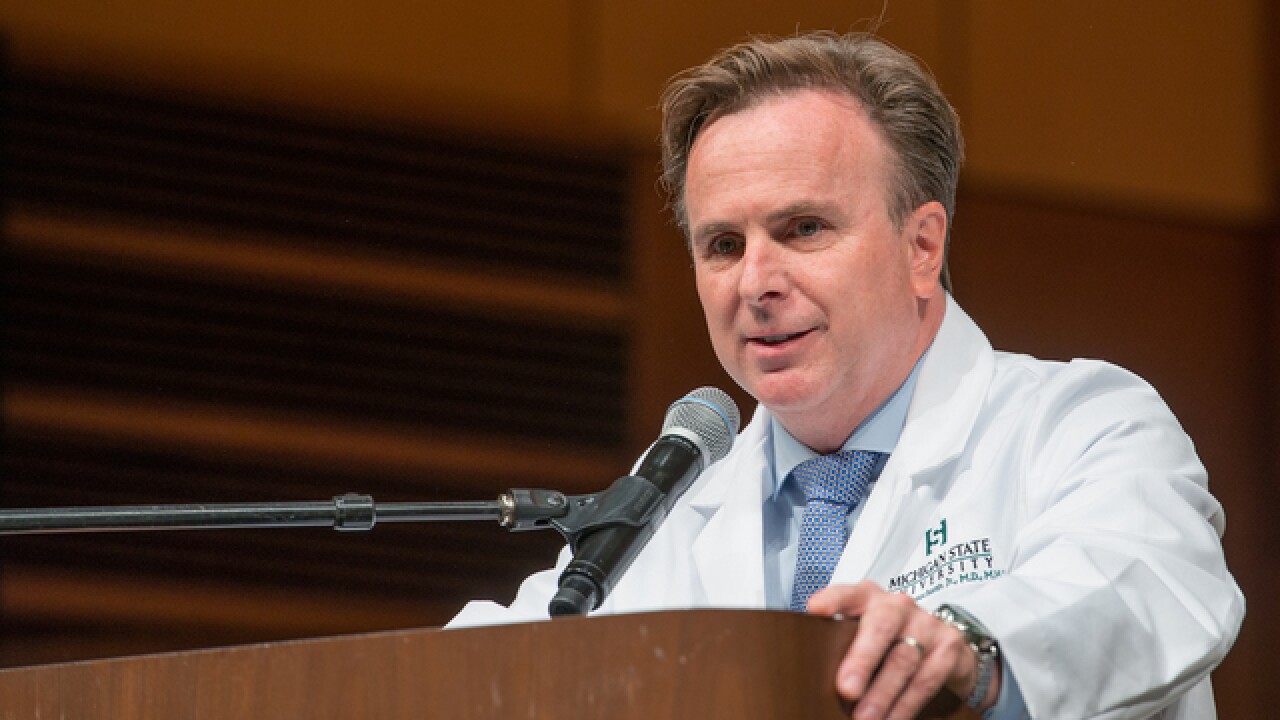 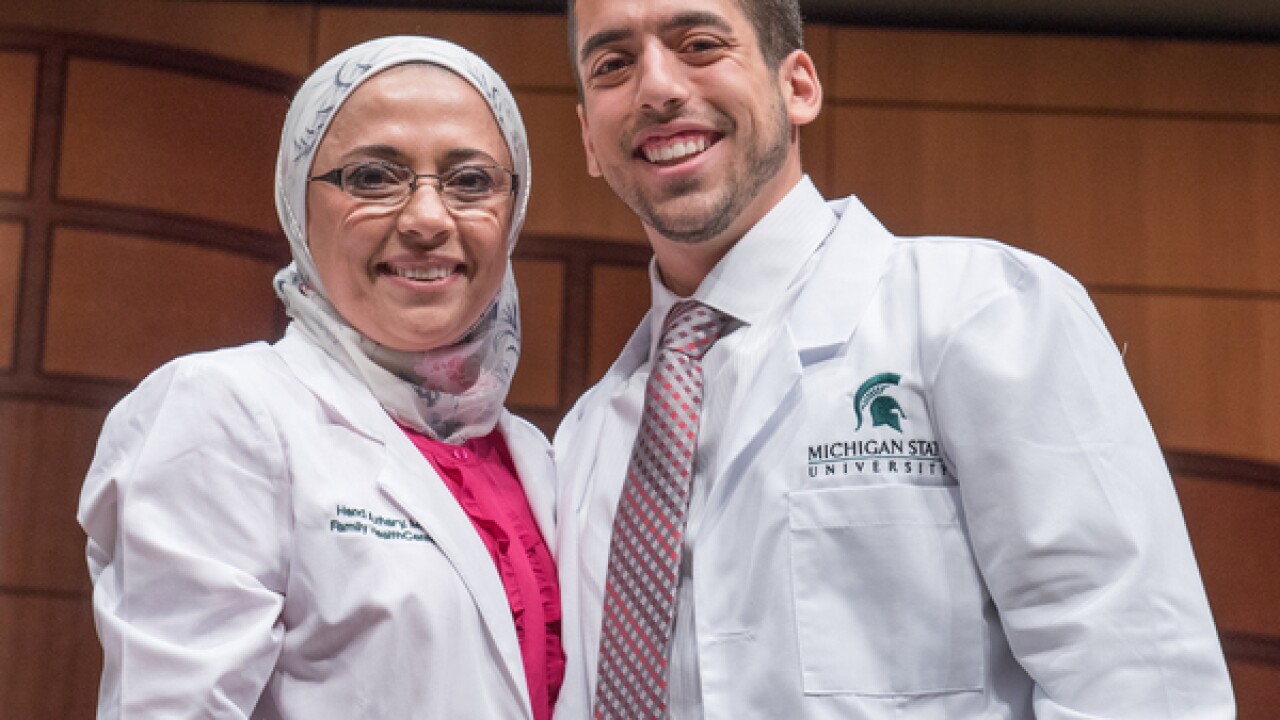 After witnessing the suffering of Syrian refugees and seeing firsthand how his parents, both physicians from Syria, had helped alleviate sickness and pain, Abdul Kassab chose medicine as a career.

“From when I was young, I’d see how they would help people back home,” Kassab said. “I always admired that. I felt kind of like I owe something to the people who don’t have the blessings that I have.”

Kassab was among 191 first-year College of Human Medicine students filing into DeVos Performance Hall in Grand Rapids for the annual Matriculation and White Coat Ceremony on Aug. 27.

Kassab’s mother, Hend Azhary, an assistant professor of medicine, waited on the stage to help him don his white coat, officially sending him on the journey to become a physician.

“Abdul grew up seeing what a primary care doctor can do,” said Azhary, a family physician and Lansing clerkship director in the college’s family medicine department. “He decided he wanted to join the medical profession on his own. He felt what it means to be helping people.”

That message of public service pervaded the annual ceremony.

In choosing which students to admit, the college places much emphasis on their commitment to public service, as well as their academic records. Of the 7,135 who applied for this year’s class, the college interviewed 490, and from there, admitted 191, including 87 men and 104 women.

One of them, Rebecca Nyinawabeza, lost many family members in the genocide in her native Rwanda. The white coat ceremony “marks the beginning of a really great journey,” Nyinawabeza said. “Back home in Rwanda, that’s where I want to see it end.”

For many of the students, that commitment to serve the underserved includes areas of Michigan. Colton Fernstrum, from Menominee, signed up for the college’s Rural Physician Program and will spend the last two years of his medical education at the Upper Peninsula Regional Campus in Marquette. After graduation, he plans on practicing medicine in the Upper Peninsula to give back to his community.

Dean Norman Beauchamp Jr. urged the students to celebrate their accomplishments and remember that they will work as members of teams. When they don their white coats, they become role models, he said.

He recalled working in a free clinic for disadvantaged, homeless and undocumented patients and, during a break, feeling someone massaging his shoulders. He turned to see it was one of the patients, a homeless woman.

“She said she didn’t have money to pay me, but she wanted to thank me. What my white coat meant to her was hope,” Beauchamp said.  “This white coat symbolizes that you will be bringing your patients health and hope.”