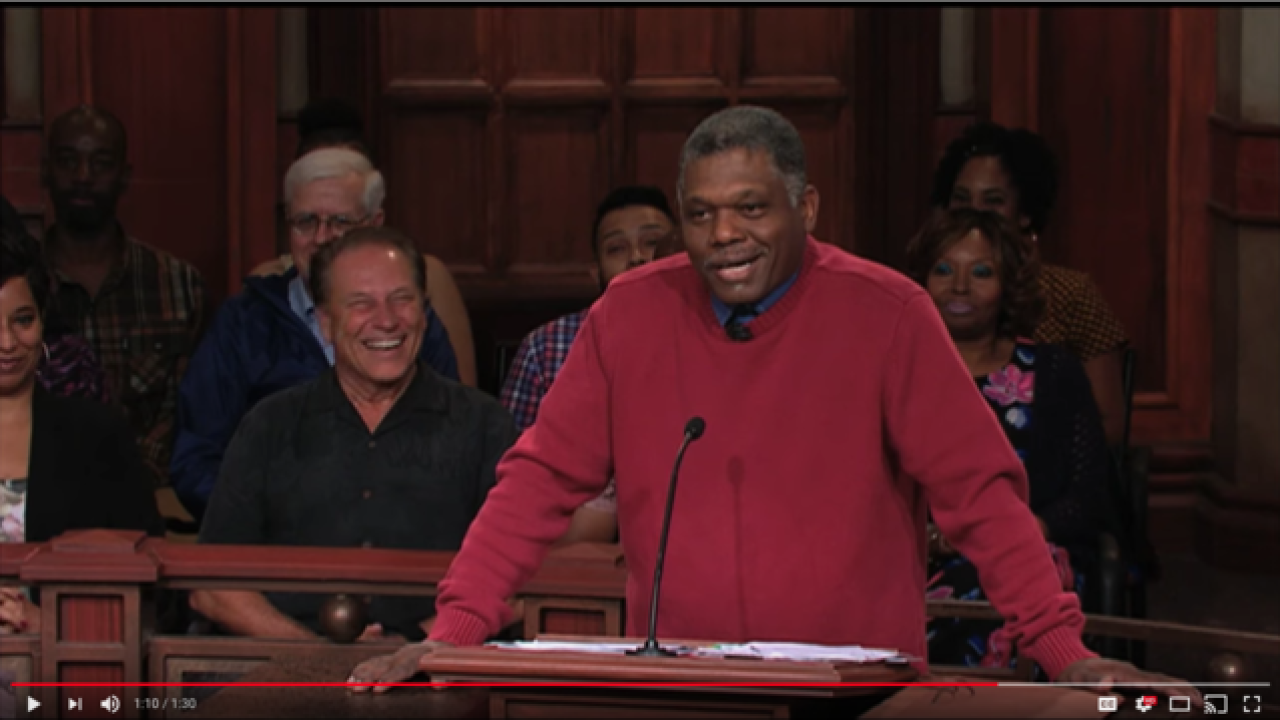 Michigan State Men's Basketball Coach Tom Izzo spent this summer at a taping of the court show "Judge Mathis" and appeared a lot happier than we've seen him on the sideline at the Breslin Center.

The show, which aired on Tuesday, was taped over the summer.

The case in the episode involved an Ohio State Buckeyes fan, who said he was from Michigan. Mathis made sure the man knew Tom Izzo is Mathis' favorite college coach, much to Izzo's liking.

"They routinely beat, I hope you know that, Ohio State," Mathis said before making the man say Izzo's name.

He also mentioned that his daughter was a student assistant for Izzo and finished at the top of her class at Michigan State.

Check out the video below.