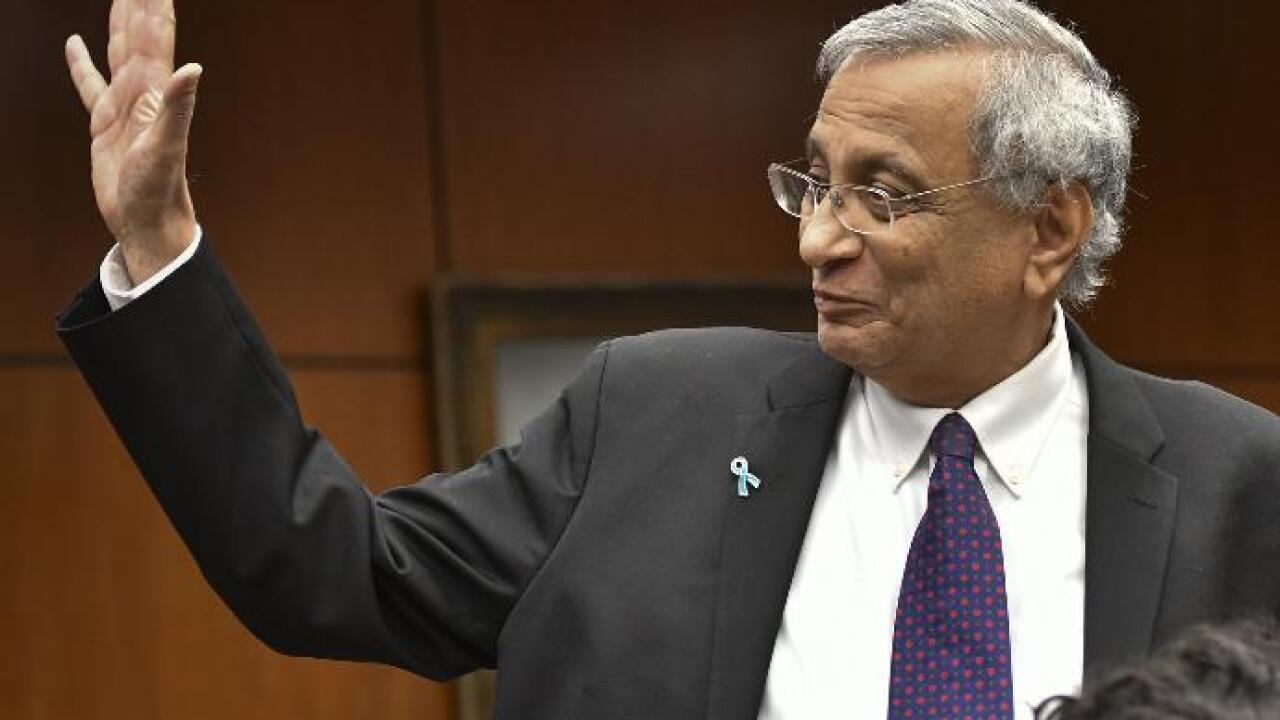 Satish Udpa waves after being named interim president of Michigan State University, Thursday morning, Jan. 17, 2019, during a Board of Trustees meeting at the Hannah Administration Building at MSU in Lansing, Mich. The board acted Thursday, a day after John Engler said he&#39;d step down next week . Engler&#39;s resignation comes amid fallout from remarks he made about some victims of former sports doctor and convicted sexual abuser Larry Nassar. (Matthew Dae Smith/Lansing State Journal via AP)

The release states that Udpa will be returning to lab and research work at the university.

“It is with a heavy heart that I accepted his resignation,” Stanley said. “Satish’s contribution, especially over the past year, has been vital to the university community. His stalwart and caring leadership is extremely authentic, something that so many pointed out to me when I started my role here at MSU. But I respect his wishes and desire to get back into the lab and the field that he enjoys.”

Udpa has served as the executive vice president for administration since 2013, according to the release. He was appointed as acting president following the resignation of Interim President John Engler back in January, while the search for a new president was happening.

“I’ve told so many people over the years that MSU is our home — to both Lalita and myself,” Udpa said. “That will always be true. We both came here as faculty members and deeply involved in research projects. While I greatly appreciate the opportunity over the past years to serve in an administrative role, my passion lies in the lab, and I’m eager to get back to it.”

Udpa will return to the College of Engineering where he will work on research and other academic responsibilities, according to the release.

President Stanley said he has already begun meeting with vice presidents who reported to Udpa in his executive vice president role, and that these positions will report to President Stanley on an interim basis in the coming months while he determines the optimal organizational structure for MSU. according to the release.