Too much sun is no good – for people or plants 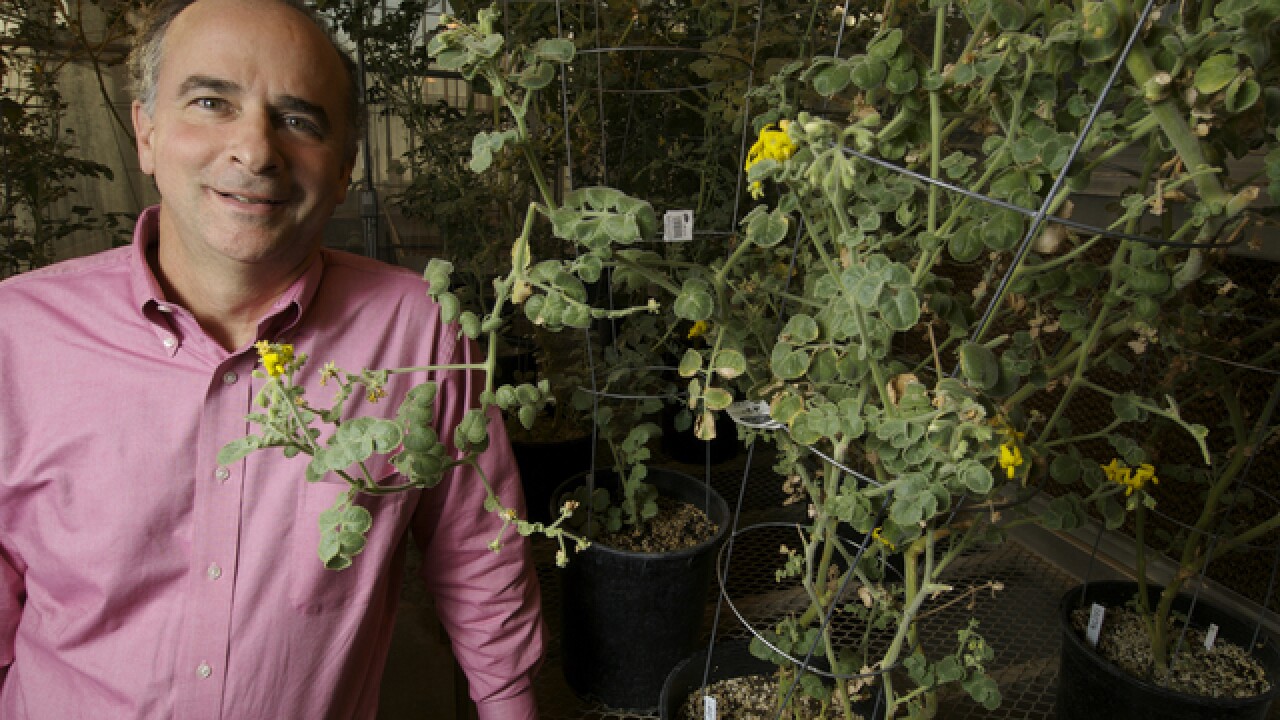 People avoid sunburn by applying sunscreen. But how do plants avoid getting burnt?

Scientists have an increasingly sophisticated understanding of mechanisms that ensure efficient photosynthesis under laboratory-controlled light conditions. But less is known about the regulation of photosynthesis when plants experience rapid and extreme changes in sunlight, which can potentially cause harmful effects on photosynthetic efficiency and productivity.

Rob Last, Michigan State University Barnett Rosenberg Professor, and postdoctoral researcher Jun Liu, are working to better understand these mechanisms. The results of their research were published this month in the Proceedings of the National Academy of Sciences.

The MSU researchers have discovered the critical role played by MPH2, a protein in the lumen of the chloroplast thylakoid membrane required for the repair of photosystem II, or PSII, when damaged by excess light energy. They found that the loss of MPH2 in the flowering plant Arabidopsis thaliana causes PSII repair deficiency under changing light.

“Photosynthesis has a balancing act. Energy from sunlight is essential for conversion of carbon dioxide and water into biomass and chemical energy. Too much energy from the sun destroys the ability of PSII to function, and these damaged reaction centers must be repaired to allow them to get back to the business of photosynthesis,” said Last, who’s part of the plant biology and biochemistry and molecular biology departments in the College of Natural Science.

They have also discovered that mutants in this protein – and many other previously described PSII repair mutants – suffer when grown under dynamically changing light conditions.

“This is in contrast to mutants that are defective in preventing damage, which do not seem to suffer under dynamic light conditions,” Last said. “This difference between repair and protection mechanisms has potential importance for designing 'resilient' crop plants that are productive under stressful and dynamic conditions.”

The amount of sun shining on plants fluctuates enormously on timescales from seconds to seasons, Liu said.

“I find it fascinating that this molecular mechanism allows photosynthetic organisms to thrive despite these huge changes,” he said.

These findings may offer insight into the evolution of photosynthesis, Liu added.

"Understanding the role of MPH2 and other PSII repair proteins could lead to breeding and genetic engineering of crops that can endure harsh climates and dynamic environments to sustainably meet the increasing demands for food, fuel and fiber in this time of changing climate and rapid population growth," he said.