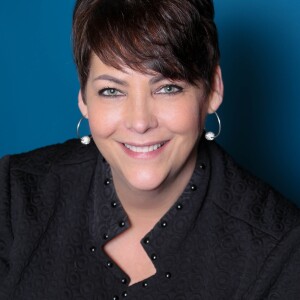 2015 marked the 50th anniversary of Rogers and Hammerstein’s “The Sound of Music”, and it continues to be the most beloved and successful movie musical in history.

This week, the brand new stage production has come to the Wharton Center of Performing Arts. With its unrivaled success as a film, I went in with very high expectations for the stage version and wasn’t disappointed.

Opening with the supremely talented Ashley Brown as the Mother Abbess, whose angelic vocals reigned supreme, The Sound of Music led us through a musical journey asking the age old questions “How do you solve a problem like Maria?” and “How do you catch a moonbeam in your hand?”

Kerstin Anderson delights us as the spirited and spiritually confused Maria, who takes a job as governess to a large family while she decides whether to become a nun. Quickly Maria begins to fall in love with both the children she’s been tasked to watch over, and their widowed father Captain Von Trapp, played by Ben Davis.

If you’ve only known the movie version of The Sound of Music, the stage version offers the same slow but steady pace. The storyline is mostly unchanged, as we witness Captain Von Trapp’s struggle with wanting to remain loyal to his country and opposing the Nazi regime

Central Michigan graduate Teri Hanson plays the role of Elsa Schrader and shares most of her scenes with both Davis and Merwin Foard- whose role as Max Detweiler saves the production from some of the “slower” moments with his witty banter.

You can’t help but fall in love with all of the Von Trapp children, who learn to sing with Maria’s help on songs including “Do-Re-Mi”, “My favorite things” and “So long, fair well”. Page Silvester plays 16 going on 17 Liesl, who has her own love story, and little Audrey Bennett was a heart stealer making her professional debut as Gretl.

The set was a masterpiece of digital design, and moved fluidly throughout the production. The orchestra was lush and beautiful, and I was glad to hear my favorite song from the film and stage musical, “Edelweiss”, sweetly sung by Ben Davis as the story begins its conclusion.

From using curtains to make play clothes, to the fun of "The Lonely Goatherd", to the romance and beauty of the set, The Sound of Music stage production delivers just what the audience has asked for. It only left me with one question. How DO you catch a moonbeam in your hand?