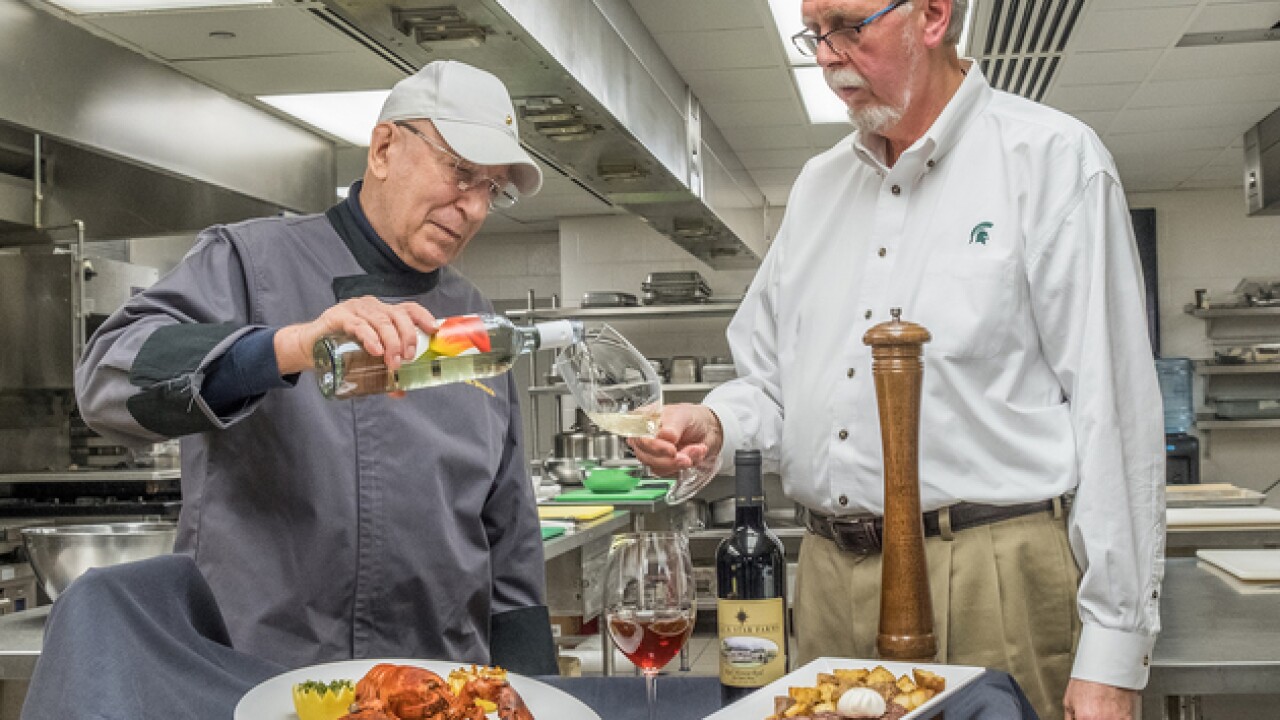 The traditional pairing of wine and food too often misses the mark – leaving people confused and intimated – and should be scrapped in favor of a more consumer-focused approach, a new study indicates.

The research by Michigan State University hospitality scholars suggests people generally fit into certain wine-drinking categories, or “vinotypes,” and that servers and sommeliers should consider these preferences when suggesting a wine.

Ordering beef roast for dinner? A traditional wine recommendation would be Cabernet Sauvignon. But why would a server suggest a bold red wine if the customer hates it? Let the patron drink his or her beloved Riesling with the meal, said Carl Borchgrevink, a former chef and restaurant manager and lead author on the study.

“The palate rules – not someone else’s idea of which wine we should drink with our food,” said Borchgrevink, associate professor and interim director of MSU’s School of Hospitality Business. “They shouldn’t try to intimidate you into buying a certain wine. Instead, they should be asking you what you like.”

Borchgrevink and culinary expert Allan Sherwin conducted the first scientific study examining the premise of Tim Hanni’s vinotype theory. Hanni, in a play on “phenotype,” proposed that vinotypes are determined by both genetics and environment and that such tastes change over time based on experiences.

Hanni, a chef and one of the first Americans to earn the designation “Master of Wine,” has proposed four primary vinotypes: “sweet,” “hypersensitive,” “sensitive” and “tolerant.” The categories range from those who like sweet, fruity whites (sweet vinotype) to those who enjoy bold, strong reds (tolerant), and everyone in between.

Hanni also created a series of criteria to determine vinotypes. If you like sweet beverages such as soda and salt your food liberally, for example, you trend toward the sweet vinotype. But if strong black coffee and intense flavors are your thing, you’re more apt to fall in the tolerant camp.

For the study, MSU researchers surveyed a group of adults on food and beverage preferences and consumption patterns. They also held a reception with 12 stations where the participants rated the food and wine presented at each station individually, and then together.

The results were conclusive: Hanni’s premise has merit. The researchers were able to predict wine preferences based on consumption patterns and preferences.

Next, MSU researchers will test the vintoype theory outright by working with scholars globally. Borchgrevink said separate studies are being planned with partners from around the United States, as well as from Hong Kong, France and other areas.

The work has implications for both restaurants and wine stores, which should train their staff members on the vinotype approach and find questions to ask consumers that can reveal their wine preferences, the study says.

But the main focus is the wine-drinker, who should learn to trust their own palate and not necessarily depend on the so-called experts, said Sherwin, the Dr. Lewis J. and Mrs. Ruth E. Minor Chef-Professor of Culinary Management at MSU.

The study is published in the International Journal of Wine Business Research.