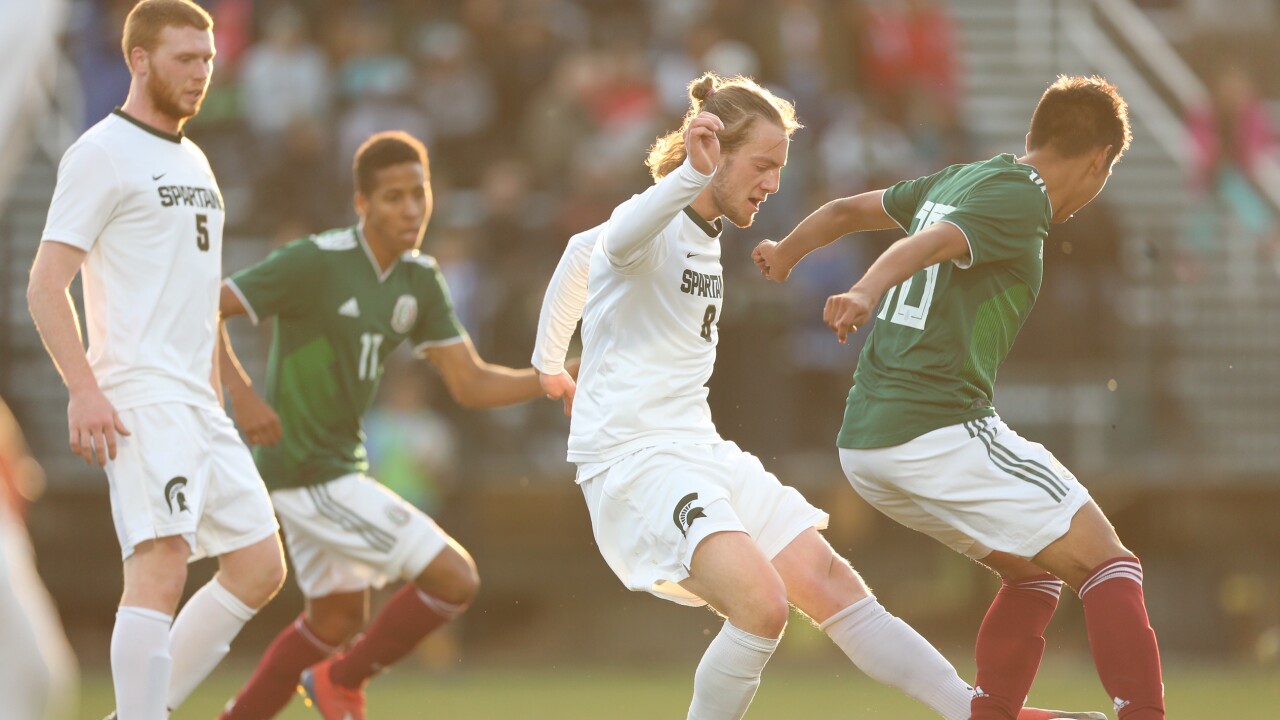 Indiana was picked first in the league after advancing to the NCAA College Cup championship last season. Defending NCAA champion Maryland was voted to finish second in the Big Ten with ranked Michigan picked to finish third The Spartans were picked fourth after being voted second last season. MSU was one of three teams in the Big Ten to reach the College Cup in 2018.

Three other Big Ten schools join the Spartans in the initial United Soccer Coaches poll, with two conference foes joining MSU in the top 10. Maryland tops the preseason poll at No. 1 with Indiana following in at No. 2. Michigan closes out the poll at No. 24. Wisconsin also earned 13 votes.

Last season, Barone was honored as the Big Ten Midfielder of the year, as well as earning first-team All-American honors. He also captured first-team All-Big Ten honors. The senior led the team with 10 assists and was second in points with 16.

In his first season with the Spartans, Nielsen captured first-team All-Region and All-Big Ten honors. He started all 22 points adding three goal sand two assists for eight points. Nielsen and Pimlott were a key part of the MSU defense that allowed only 22 goals in 23 matches. Fighting through injury, Pimlott saw action in 20 games in 2018.

The Spartans open the 2019 campaign hosting SIUE on Friday, Aug. 30 at 1 p.m. Michigan State will then take on Florida Gulf Coast in a Labor Day battle on Monday, Sept. 2 at 2 p.m.