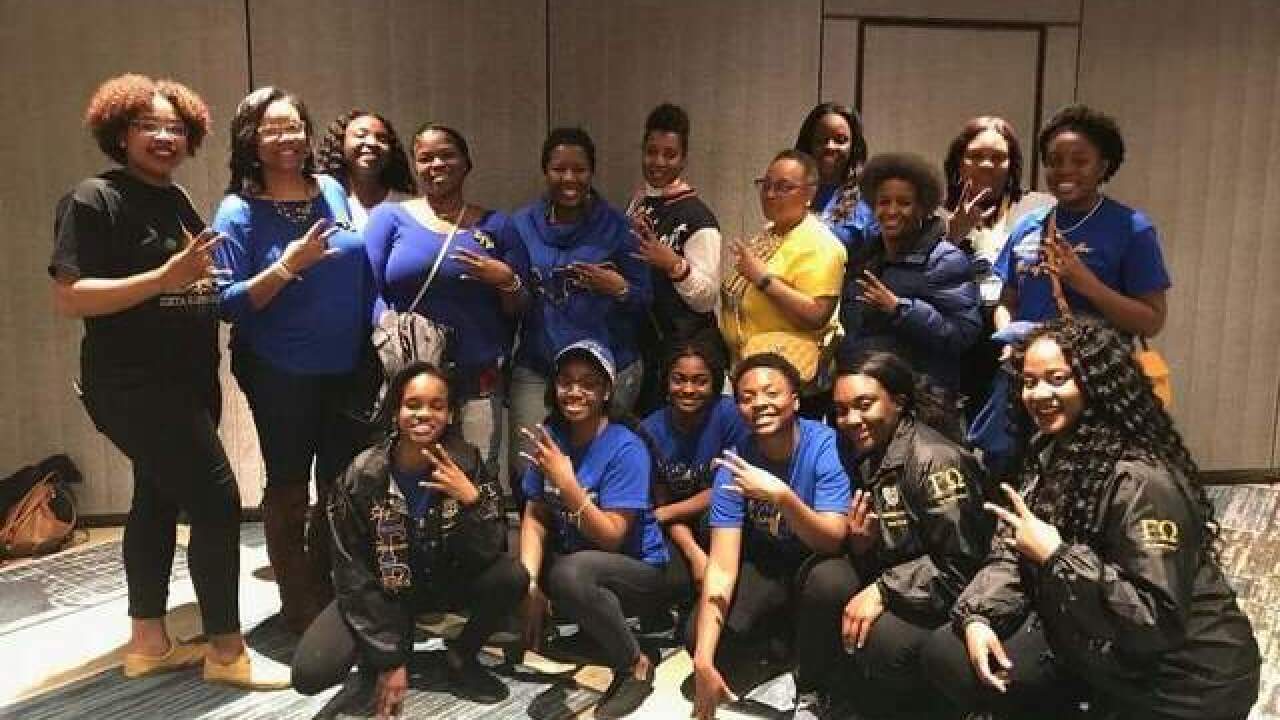 The illustrious ladies of Sigma Gamma Rho Sorority, Inc. will converge during Homecoming Weekend to celebrate 50 years of scholarship, sisterhood and service on the campus of Michigan State University.

The sorority was founded by seven educators, so scholarship is a priority for members. The chapter maintains the highest grade point average of all National Pan-Hellenic Council sororities. To share their love of learning with the community, the chapter hosts a monthly group study session called, "Study with the Poodles."

The chapter also holds the record for the highest number of cumulative community service hours in the National Pan-Hellenic Council this school year. Their recent community service projects include purchasing school supplies for local children and adopting two families last year for the holidays.

They will be accepting monetary donations and toiletries for the EVE domestic violence shelter as part of the chapter's monthly community service activity. Contact the 50th Anniversary Committee Chair, Angela Crawford, for more information about the anniversary celebration.

Contact Yamani Vinson at vinsonya@msu.edu for more information about community service activities and upcoming programs for the chapter.