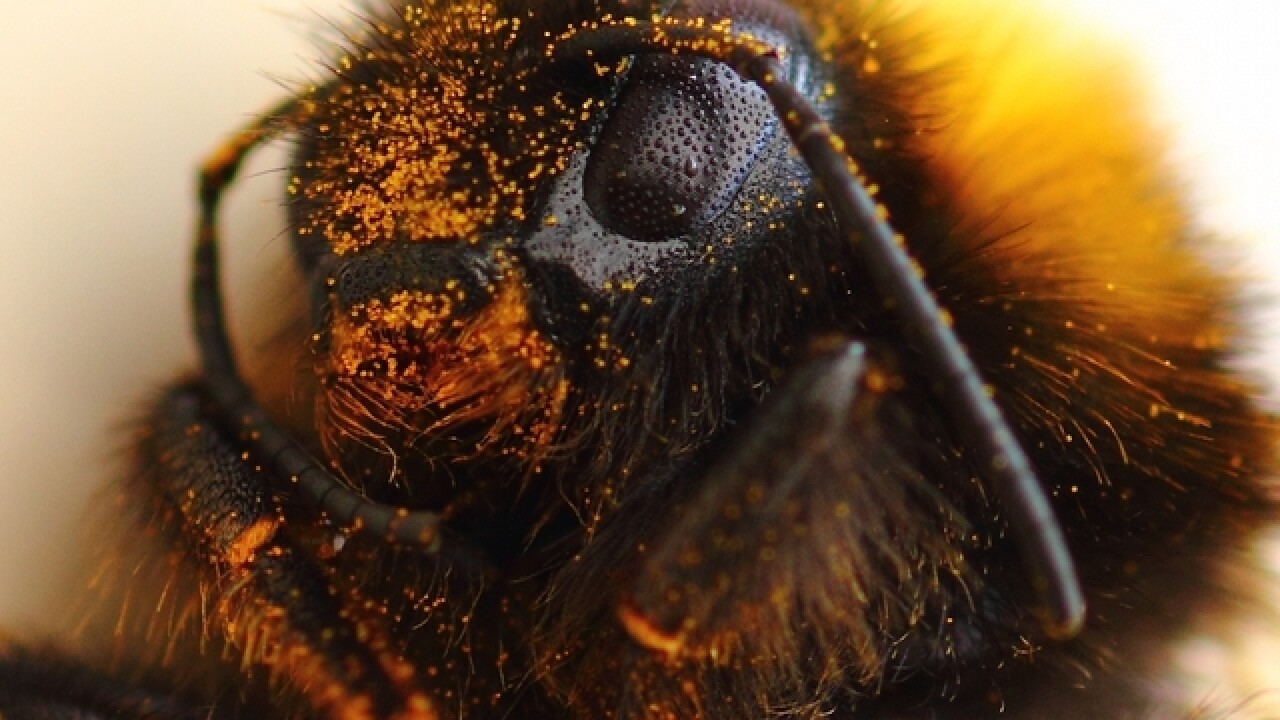 Researchers at Michigan State University’s entomology department have unlocked a key to maintain the insecticide’s effectiveness in eliminating pests without killing beneficial bugs, such as bees. The study, featured in the current issue of Proceedings of the National Academy of Sciences, shows that molecular tweaks can make the difference.

Pyrethroids target the voltage-gated sodium channel, a protein found in nerve and muscle cells used for rapid electrical signaling. Pyrethroids basically work by binding to the voltage gate of the sodium channel and prevent it from closing. The nervous system becomes over-stimulated and the insect is killed. These pesticides, however, don’t have the same effect on humans, or other mammals for that matter.

Ke Dong, MSU insect toxicologist and neurobiologist and co-author of the paper, honed in on a single protein that could afford bumble bees the same resistance as humans – tau-fluvalinate, a pyrethroid insecticide. Dong worked with Shaoying Wu, lead author from Henan Agricultural University (China), who conducted the research in Dong’s lab as a visiting scholar.

Sodium channels are large transmembrane proteins of more than 2,000 amino acid residues. Dong’s lab spent many years unraveling this groundbreaking advance. The scientists initially started with sodium channels from other bugs, such as mosquitoes, fruit flies, cockroaches, mites and ticks, to find where pyrethroids bind on insect sodium channels to effectively kill them. They got some help from nature.

“By examining wild mosquitoes that have become resistant to pyrethroids, we were able to help narrow down the potential sites on which to focus,” Dong said.

Specifically, in a previous study, Dong and the team identified mutations that made the channels more resistant to pyrethroids. Working with Boris Zhorov, a computer modeling expert from McMaster University in Canada, they identified two distinct pyrethroid binding sites on insect sodium channels. They also uncovered the molecular differences between mammals’ and insects’ differing reactions to pyrethroids.

For the current study, the team focused on a longstanding enigma that bumble bees and honey bees are highly sensitive to most pyrethroids, but they were resistant to tau-fluvalinate. Currently, tau-fluvalinate is widely used to control agricultural pests and also varroa mites, which are one of the biggest threats to bees worldwide.

Eventually, the team discovered that the channel is resistant to tau-fluvalinate but sensitive to other pyrethroids. Further mutational analysis and computer modeling revealed that specific amino acid residues in bumble bee sodium channels are responsible for the selective toxicity.

Future research will examine sodium channels from various pest and beneficial insects to explore the features of pyrethroid binding sites, which could lay the groundwork for designing new and selective pesticides. It also will shed light on how pests develop resistance to insecticides over time and how beneficial insects respond to them in the field.

This research was funded in part by the National Institutes of Health and MSU AgBioResearch.