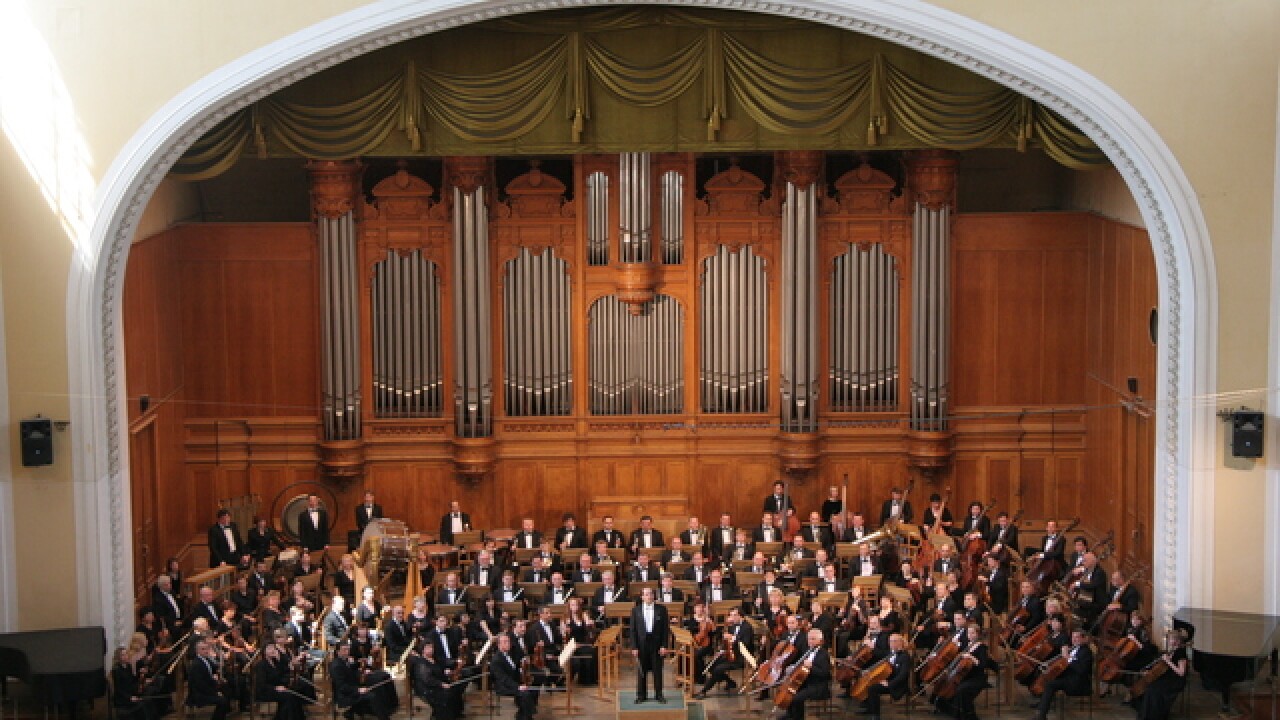 Music Director and Chief Conductor PAVEL KOGAN has lead the orchestra since 1989. Kogan, an innovative leader in the musical world, has directed ensembles for over 40 years and is one of the world’s top conductors. On November 7th the orchestra will dazzle concertgoers with Wagner’s soaring Tristan und Isolde Overture, Robert Schumann’s entrancing Cello Concerto in A minor, and Jean Sibelius’ beautifully captivating Symphony No. 2.

Joining MOSCOW STATE SYMPHONY ORCHESTRA is NAREK HAKHNAZARYAN, for Robert Schumann’s Cello Concerto in A Minor. This young Armenian cellist took the audience’s breath away during his solo performance with the Estonian National Symphony Orchestra in 2013. Since then he has earned critical acclaim with major orchestras around the globe, including the London Symphony Orchestra and the Chicago Symphony Orchestra and was recently granted the title of Honored Artist of Armenia.  The Strad magazine describes him as “dazzlingly brilliant.”

The TRISTAN UND ISOLDE OVERTURE takes listeners on a musical exploration of love and death. The opera, written by Richard Wagner, is one of the pinnacles of operatic repertoire, providing inspiration for numerous composers and setting the pace for classical music in the 20th century. Tristan und Isolde is a captivating tragedy that tells the story of an adulterous love between its title characters, and this opera’s alluring overture is frequently performed as a stand alone masterpiece.

Robert Schumann’s CELLO CONCERTO IN A MINOR includes three movements which flow seamlessly into each other without pausing. Schumann, a prominent German composer, originally had ambitions of becoming a virtuoso pianist until an unfortunate injury to his right hand caused him to pursue composition instead. This solo work, featuring cello phenomenon Narek Hakhnazaryan, highlights varied themes and strong emotions throughout the entire piece.

The MOSCOW STATE SYMPHONY ORCHESTRA will close the program with Jean Sibelius’ SYMPHONY NO. 2. While Sibelius claims he never intended patriotic messaging to be found in his composition, many audience members at the time of its premiere identified it as a “Symphony of Independence.” The piece is performed in four riveting movements that take listeners on a journey ending in a victorious conclusion, perhaps painting a positive picture of the future in dark times.