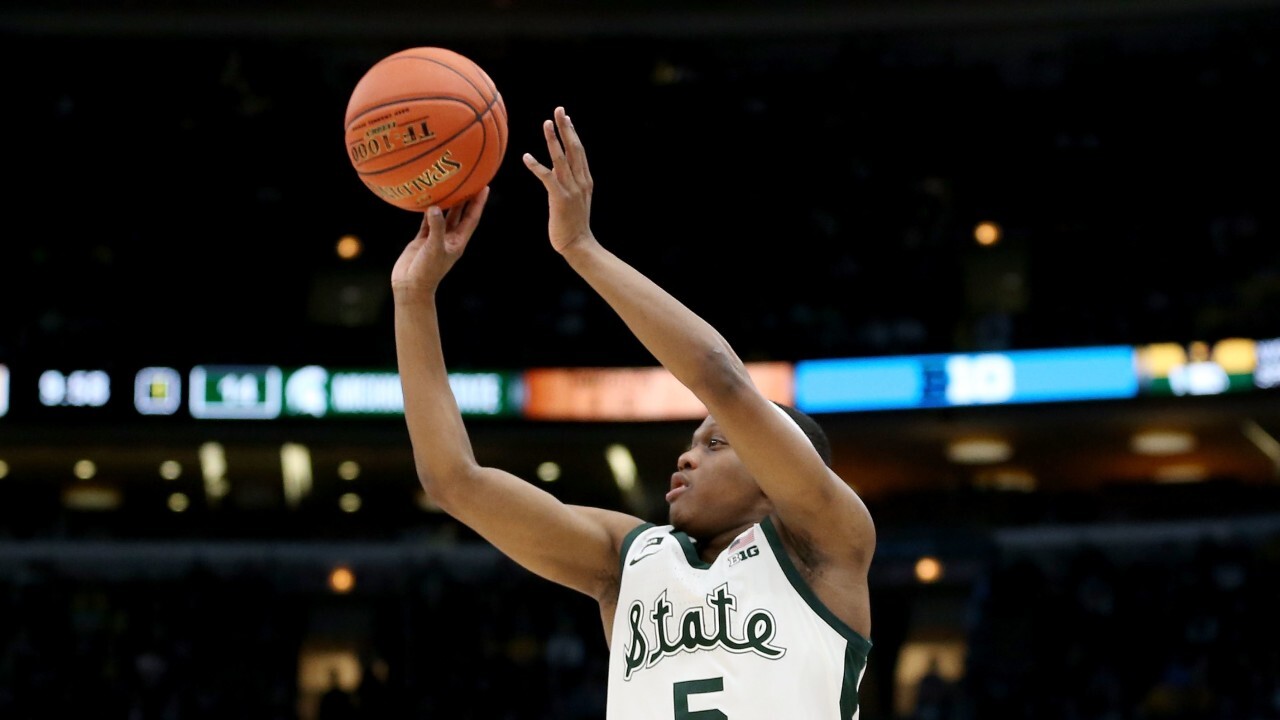 EAST LANSING, Mich. — Cassius Winston sat in the Lahaina Civic Center locker room, the tears forming a puddle by his feet as his teammates warmed up on the court below.

It’s been less than three weeks since his brother’s death and Winston’s pain is still searing, his heart still heavy.

Once the ball was in his hands, Winston felt a sense of normalcy, found a rhythm that had been missing since tragedy struck.

Even then, Georgia’s Anthony Edwards nearly spoiled it.

Winston had 28 points and eight assists, and No. 3 Michigan State withstood Edwards’ second-half outburst to beat Georgia 93-85 at the Maui Invitational on Tuesday.

“Once I got out there, I was able to find my rhythm, find my peace out there on the court and that was really good for me, getting up and down, just having that rhythm that I usually play with,” Winston said. “I feel like this is the first time I kind of had it in a while.”

Michigan State (4-2) was sharp early after losing to Virginia Tech in its opener, building a 28-point lead early in the second half behind Winston’s steady play.

Once Edwards got rolling, the Spartans had no answer.

Projected as a lottery pick, the 6-foot-5 freshman brought the Bulldogs (3-2) back almost entirely by himself, scoring 33 of his 37 points in the second half.

Edwards hit 7 of 13 3s — many of those contested — in the second half and threw a two-handed, overhead bounce pass to Rayshaun Hammonds for a layup to pull Georgia within 75-73.

“He’s got an infectious energy with him with his teammates that is rare,” Georgia coach Tom Crean said. “Obviously, he scored a lot of points today, but if we build on what he did with pushing the ball up the court like that today, that’s going to pay major, major dividends for us.”

But Michigan State had Winston.

Spartans coach Tom Izzo called Winston a “shell of himself” after a quiet game against Virginia Tech.

Brother Zachary Winston was hit by a train and killed Nov. 9, a death that has taken an emotional and physical toll on the senior guard. A preseason All-American and favorite for national player of the year, Winston was held to seven points on 2-of-8 shooting in Michigan State’s 71-66 loss to the Hokies.

Winston needed some coaxing from Izzo to leave the locker room before the Georgia game, but was back to being himself once on the court.

Confidently stroking in jumpers and working his way into the lane, Winston had 13 points in the first half while orchestrating the Spartans’ efficient offense. Michigan State made 20 of 36 shots and led 57-33 at halftime.

After Edwards made his one-man run, Winston kept the Spartans calm, making the key plays down the stretch. Winston finished 10 for 16 from the floor and made all six of his free throws, including two with 34 seconds left.

“Somewhere, if one guy says I’m making an excuse, there’s going to be a fistfight, because the facts do matter. They matter,” Izzo said. “And the fact is the best friend in his life lost his life and we’re struggling, as a team. But he is struggling as a human being.”

Georgia carried its poor perimeter shooting from the Maui opener into the second game. The Bulldogs went 3 for 13 from 3 in the first half after going 4 for 16 from the arc in their opening loss to Dayton.

Everything changed in the second half.

Edwards got hot, Michigan State fell flat and what looked like a blowout suddenly became a game.

Edwards, who had six points in the Maui opener, scored 13 points during a 20-3 second-half run and kept pouring in baskets, mostly on pull-up and step-back 3-pointers.

“When I step on the floor I don’t really care about what people think I should do,” said Edwards, who finished 11 for 26 from the floor. “I just play for my team. I always been a team player. My team’s always behind me.”

Edwards showed why he’s a projected NBA lottery pick with an offensive show in the second half. Georgia just didn’t have enough to complete the comeback.

Michigan State blew a big lead and couldn’t stop Edwards but showed some grit in pulling out the victory behind its grieving star player.

Georgia will face the Chaminade in Wednesday’s seventh-place game.