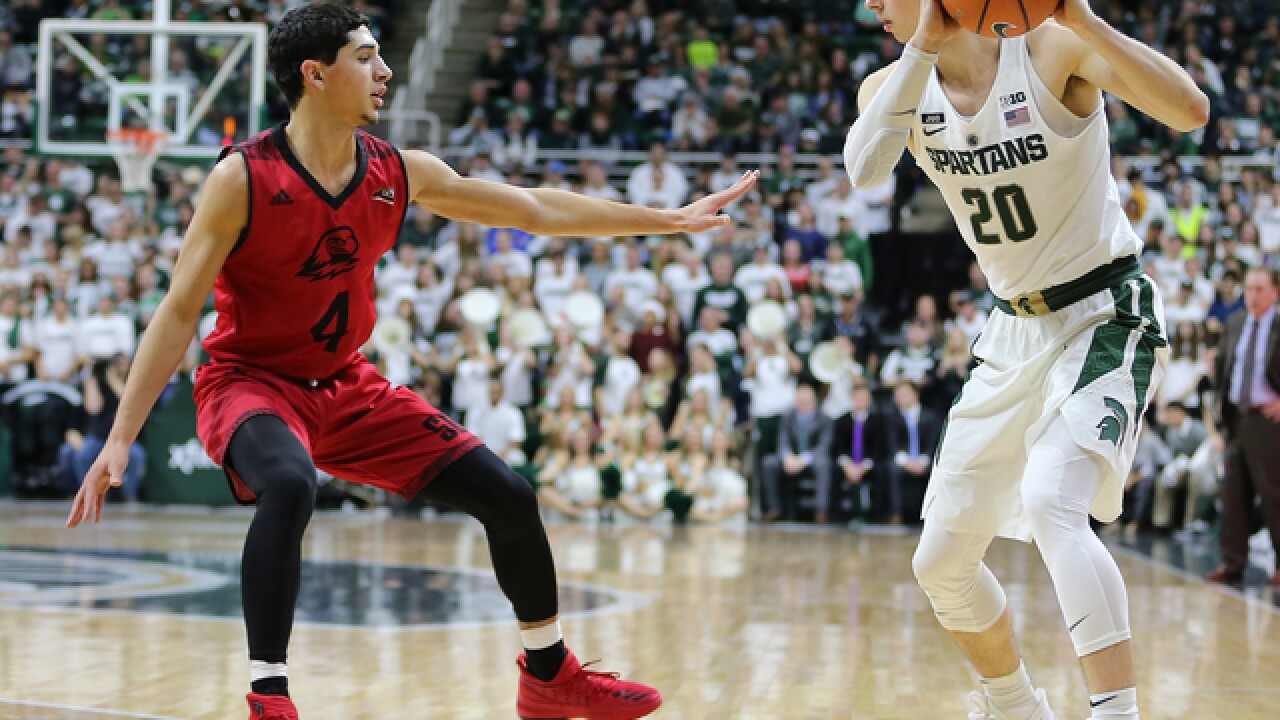 The Spartans (9-1) have won eight straight by double digits since losing to top-ranked Duke, which lost earlier in the day to Boston College.

The Thunderbirds (5-4) had won three straight. They kept it relatively close at the Breslin Center for a while, trailing by just five points midway through the second half.

The Spartans' entire starting lineup is averaging in double figures and only one player didn't reach his average on Saturday with Josh Langford being limited to seven points.

Southern Utah. The Thunderbirds can upset a lot of teams if they make 3-pointers like they did at Michigan State, connecting on 11 beyond the arc.

Michigan State: Cassius Winston has become the team's best outside shooter. He made 5 of 6 3-pointers, giving him 15 points to go along with his five assists.