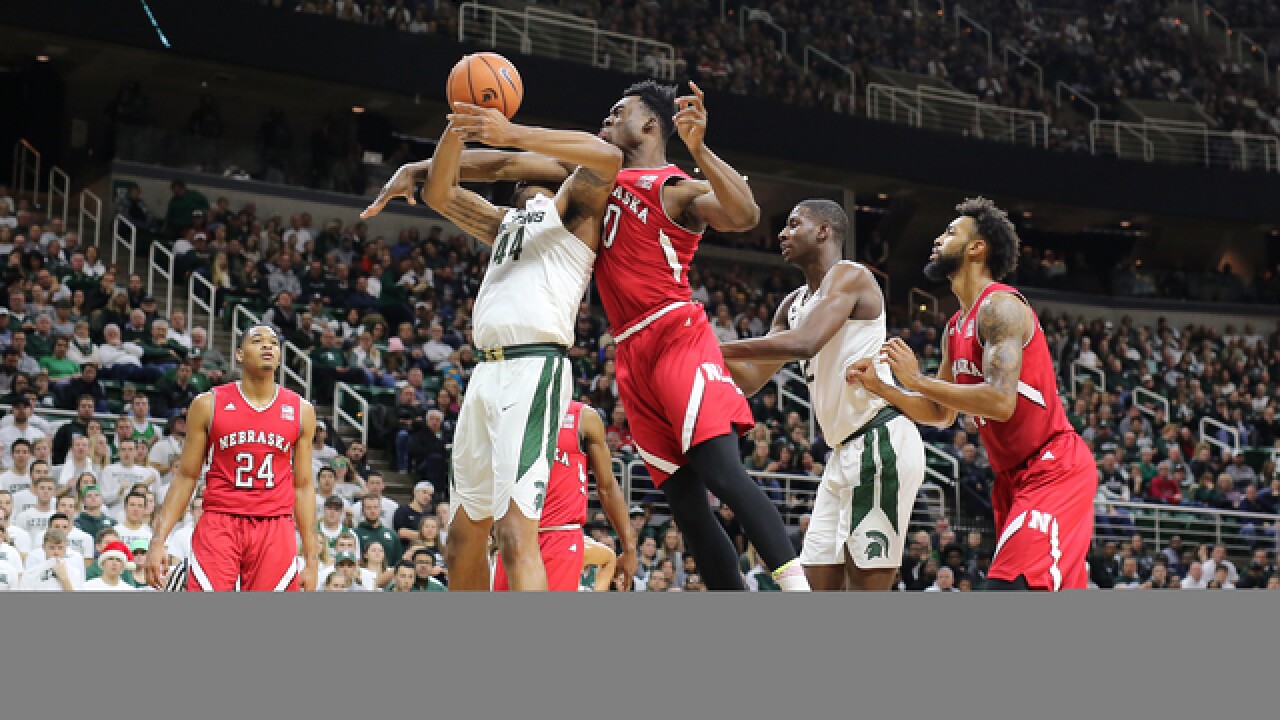 Nick Ward matched his season high with 22 points as part of a balanced offense that helped No. 3 Michigan State beat Nebraska 86-57 Sunday.

The Spartans (7-1) have won six straight since losing to top-ranked Duke, beating each team by at least 18 points.

Michigan State took control with a 16-4 run that gave it a 34-16 lead with 5 minutes left in the first half and coasted to another lopsided victory.

Nebraska's only double-digit scorer was James Palmer, who had 15 points.

Nebraska: The Cornhuskers need to find more players who can score against quality opponents.

Michigan State: Ward has to find a way to stay out of foul trouble so he can remain on the court. He played just 16 minutes in the Big Ten opener against Nebraska.