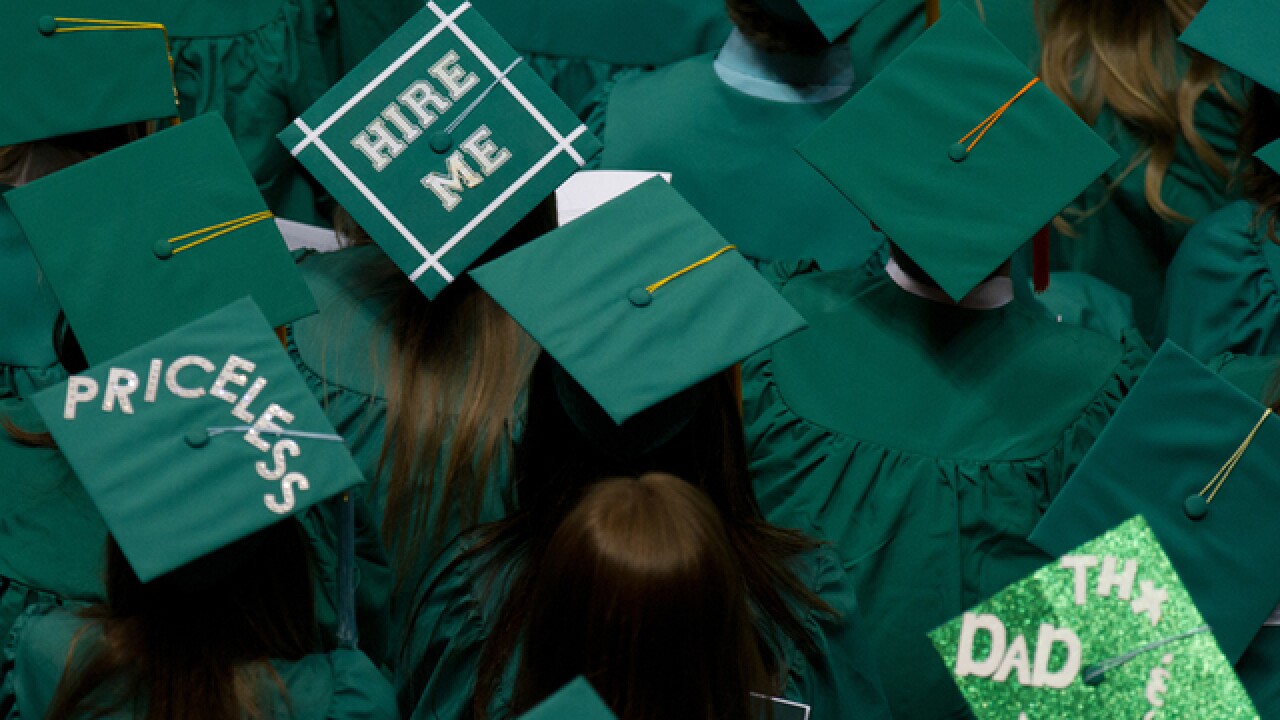 Michigan State University alumna Susan Goldberg, the first woman to serve as editor in chief of National Geographic magazine, will be one of three speakers at MSU’s fall commencement ceremonies.

Ceremonies will be held Dec. 18-19 at the Jack Breslin Student Events Center, 534 Birch Road. Twitter users are invited to use #MSUgrad15 to follow ceremonies.

Goldberg will speak at the 2 p.m. Dec. 19 ceremony and will receive an honorary doctorate of humanities. She will address undergraduates from the colleges of Agriculture and Natural Resources, Communication Arts and Sciences, Engineering, Natural Science and Nursing, as well as Lyman Briggs College.

Also at that ceremony, Wayne Wood, former president of the Michigan Farm Bureau, will earn an honorary doctorate of agriculture.

Earlier in the day, Darlene Clark Hine, Board of Trustees Professor of African American Studies at Northwestern University, will speak at 10 a.m., and will receive an honorary doctorate of humanities. Graduates from the Residential College in the Arts and Humanities and James Madison College will join those from the colleges of Arts and Letters, Broad Business, Education, Music and Social Science for the morning ceremony.

The advanced degree ceremony will be held at 3:30 p.m. Dec. 18, and MSU College of Osteopathic Medicine alumna Patricia LoRusso, professor of medicine and associate director of innovative medicine at Yale Cancer Center, will address graduates. She will receive an honorary doctorate of science.

Also at that ceremony, College of Engineering alumnus Charlie Bachman, a world-renowned computer scientist, will receive an honorary doctorate of engineering.

“Whether raising the bar for women, discovering groundbreaking cancer drugs or helping to define the African-American experience, our speakers exemplify the perseverance and determination that define Spartans,” said MSU President Lou Anna K. Simon. “Their stories will surely inspire our graduates as they enter this new chapter in their lives.”

Consistent with Breslin Center policy, all bags will be subject to search. No food or beverages – including bottled water – will be allowed into Breslin Center, and this applies to graduates, guests and faculty participating in the ceremonies. As such, Breslin will offer a limited menu of concessions for sale during the ceremonies. Additional prohibited items include large cameras, recording devices, noisemakers, selfie sticks, pets, signs or weapons of any form. Smoking also is prohibited at the Breslin Center.

Biographies of the speakers and honorary degree recipients follow.

For more than 26 years, she has pioneered significant advances in medical oncology, drug development and early phase clinical trials. Prior to LoRusso’s Yale appointment, she was known for her work at Wayne State University’s Barbara Karmanos Cancer Institute, most recently as director of both the Phase I Clinical Trials Program and the Eisenberg Center for Experimental Therapeutics.

LoRusso recently joined the Board of Scientific Counselors for the National Cancer Institute. In addition, she has served as the co-chair of the National Cancer Institute Cancer Therapy Evaluation Program Investigational Drug Steering Committee, the scientific committee of the American Association for Cancer Research, the education and scientific committees of the American Society of Clinical Oncology and many peer-reviewed study sections and NCI committees.

In addition to authoring more than 200 articles on cancer research in peer-reviewed journals, LoRusso has served as editor of the journals Investigational New Drugs and Clinical Cancer Research and as a reviewer for many others.

LoRusso has earned many awards for her contributions to the field, including the 1999 Heroes of Breast Cancer Award; 2004 Bennett J. Cohen Educational Leadership Award for Medical Research; 2008 NCI Michaele C. Christian Oncology Development Lectureship and Award; and the 2014 Targeted Anticancer Therapies Honorary Award.

An alumna of the MSU College of Osteopathic Medicine, LoRusso earned the MSU Distinguished Alumni Award in 2014.

As the John A. Hannah Professor of History at MSU, Hine spent nearly 20 years building the reputation of her department, establishing the comparative black history doctoral program, one of the first of its kind.

While at MSU, Hine published such seminal works as “Black Women in White: Racial Conflict and Cooperation in the Nursing Profession” and “Hine Sight: Black Women and the Re-Construction of American History.”

Hine has been inducted into the American Academy of Arts and Sciences and has co-edited such influential books as “Black Europe and the African Diaspora” and co-authored “The African-American Odyssey,” now in the sixth edition.

She has served as president of the Southern Historical Association and the Organization of American Historians. Hine was also named a fellow at the Advanced Institute for Study in the Behavioral Sciences at Stanford University and the Emeline Bigelow Conland Fellow at Radcliffe Institute for Advanced Study at Harvard University.

In 2014, President Barack Obama presented Hine with a 2013 National Humanities Medal for her success in advancing understanding of the African-American experience.

Under her leadership, in 2015 National Geographic magazine won two National Magazine Awards and the George Polk Award for Magazine Reporting.

When serving as executive editor of Bloomberg News in Washington, Goldberg was voted one of Washington’s 11 most influential women in the media by Washingtonian magazine. Previously, Goldberg was editor of The Cleveland Plain Dealer and the San Jose Mercury News - and held a variety of other roles for newspapers, including USA Today, the Detroit Free Press and the Seattle Post-Intelligencer.

As president of the American Society of News Editors and as a member of the board of The Reporters Committee for Freedom of the Press, Goldberg is a leader in the field of journalism.

Charlie Bachman was at the forefront of computer science and information systems development for 65 years. He developed the first generic database management system and rode the introduction of large disk storage technology into modern business systems.

The last five years at Honeywell were heavily loaded with work as the chairperson of the International Standards Organization’s X97/Open Systems Interconnection. That committee created the seven-layer networking model, which standardized communication functions among systems.

Bachman’s work has resulted in many awards including the 1973 A.M. Turing Award from the Association for Computing Machinery and the 2012 National Medal for Technology and Innovation from President Barack Obama. He was also named a fellow of the Computer History Museum in 2015.

Wood retired from the Michigan Farm Bureau in December 2014 as the 15th president of the organization. Along with his wife, brother, son and nephew, he operates a 1,600-acre family farm that milks 300 cows and grows corn and alfalfa.

In addition to his state leadership, Wood was involved in MFB nationally as a director representing the Midwest Region on the American Farm Bureau Federation Board of Directors. Wood was one of eight directors representing a dozen Midwest states.

Wood served on and formerly chaired the Michigan Agriculture Preservation Fund Board, a nine-member board, appointed by the governor, which oversees the state Purchase of Development Rights program and grant funding. He also spent four years presiding over the Michigan Farmland and Community Alliance, an MFB affiliate organization dedicated to farmland preservation.

Wood has been a loyal supporter of MSU’s College of Agriculture and Natural Resources, MSU Extension and MSU AgBioResearch. Through the Farm Bureau, he was instrumental in creating the MSU Product Center, which has helped start or expand more than 400 businesses since 2003. And under his leadership, the Farm Bureau created and sustained Project GREEEN (Generating Research and Education to meet Economic and Environmental Needs), which has awarded more than $40 million in funding since its inception.