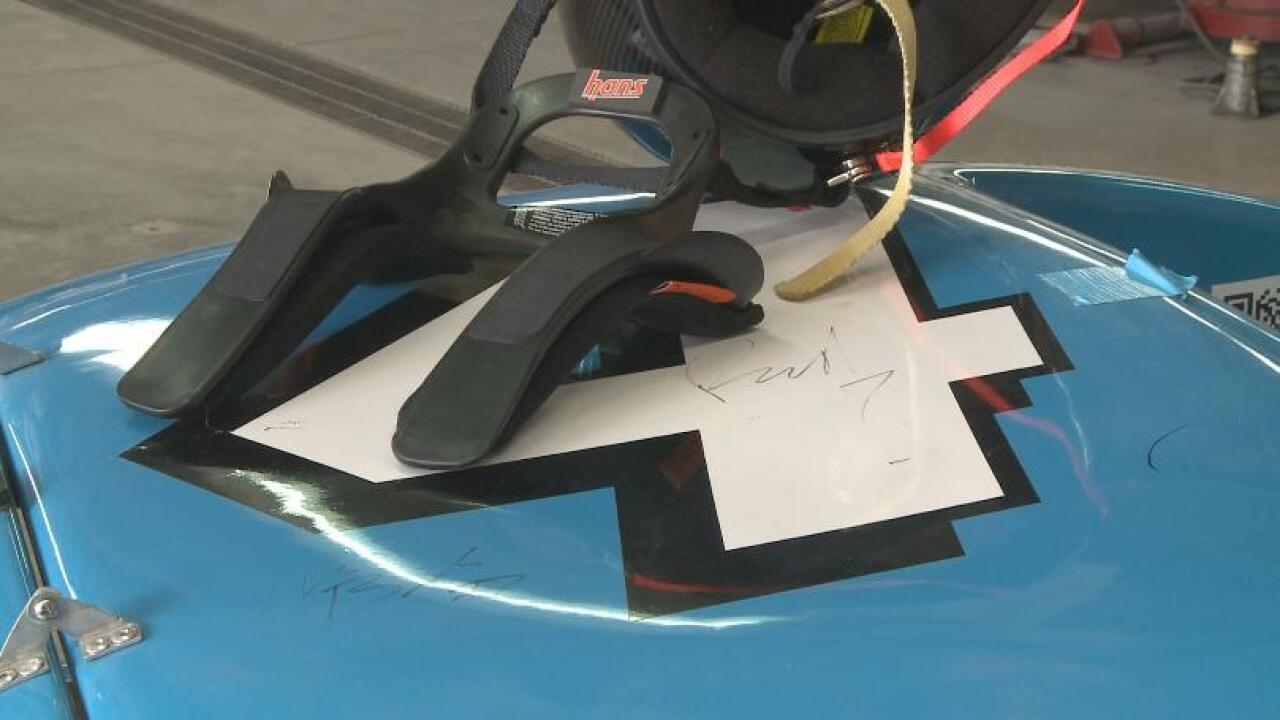 EAST LANSING, Mich. — NASCAR driver Ryan Newman is home from the hospital after a horrific crash at the Daytona 500 on Monday.

The device credited with saving his life was invented at Michigan State University.

"20, 25 years ago, they probably would have been planning his funeral," said Andrew Blank, a Pit Steward at Corrigan Oil Speedway in Mason.

But thanks to the HANS device, Ryan Newman, Like many other drivers, was able to survive a bad wreck.

"I think the HANS device was developed before its time," said Tamara Reid Bush, an engineering professor at MSU and a former student of the late Dr. Robert Hubbard.

Hubbard, a former engineering professor at MSU, Developed the HANS in the 1980s.

"Even though he's passed away, he's still saving lives," said Bush. "He was a trailblazer in this area."

When the device was introduced, racing was much more dangerous.

"Every time they got into a race car, they knew there was a possibility they would not walk out of that car," said James Klausner, Chair of Mechanical Engineering at MSU.

And now more than ever, safety is a major priority no matter the track.

"It's not how fast you go, It's how quickly you come to a stop," said Blank. "Whether you're going 70 miles an hour on Corrigan Oil Speedway or 195 at Daytona International Speedway, if you hit hard enough to where you come to a sudden stop...you'd better be protected."

That's why, just like at the NASCAR level, a head and neck support system like the HANS is required for racers at Corrigan Oil Speedway in Mason and many other tracks in racing around the world.

The HANS device is a big point of pride among Spartan engineers.

"It's great the MSU can have such a big impact on safety of drivers in a very popular sport," said Klausner.

The HANS was recommended for use by NASCAR in 2001 after Dale Earnhardt died at the Daytona 500 19 years ago, and was made mandatory in 2005.

Since then, no driver has died on the track.