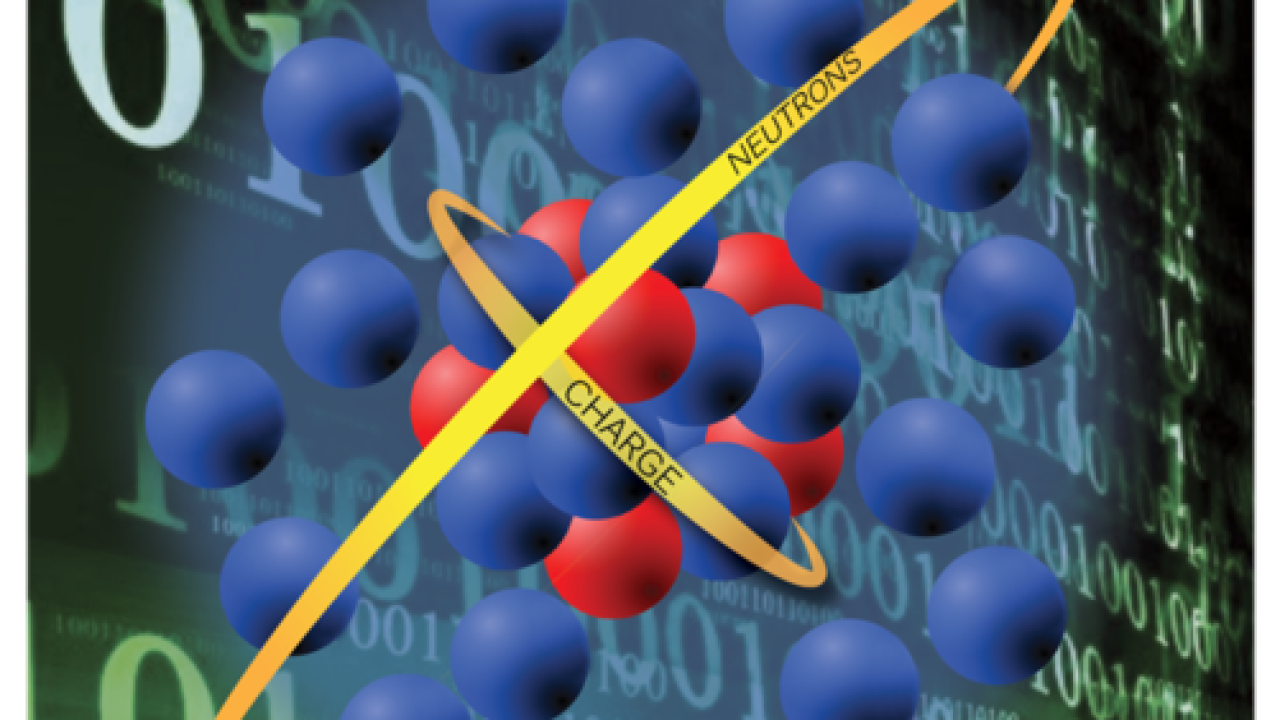 The five-year awards are part of the Scientific Discovery through Advanced Computing (SciDAC4) program supported by the DOE-SC Offices of Nuclear Physics and Advanced Scientific Computing Research. Each of these SciDAC projects is a collaboration between scientists and computational experts at multiple national laboratories and universities, who combine their talents in science and computing to address a selected set of high-priority problems at the leading edge of research in nuclear physics, using the very powerful Leadership Class High Performance Computing (HPC) facilities available now and anticipated in the near future.

Two of the grants will support forefront research in nuclear science at the Facility for Rare Isotope Beams (FRIB), under construction now at MSU.

“High-performance computing is a third leg of nuclear science, after experimentation and analytical theory,” said Witek Nazarewicz, FRIB chief scientist, and an investigator on the one of the awarded projects, NUCLEI. “We are extremely grateful for the awards, and eager to put them to use to develop better models of atomic nuclei.”

The goal of the NUCLEI (NUclear Computational Low-Energy Initiative) project is to use advanced applied mathematics, computer science, and physics to accurately describe the atomic nucleus in its entirety, one of FRIB’s key research areas. The principal investigator on the NUCLEI project is Joseph Carlson from Los Alamos National Laboratory.

“The NUCLEI project builds on recent successes in large-scale computations of atomic nuclei to provide results critical to nuclear science and astrophysics, and to nuclear applications in energy and national security,” said Nazarewicz.

Other MSU researchers involved in the NUCLEI project are Scott Bogner and Heiko Hergert of the FRIB Laboratory; and H. Metin Aktulga, of the Department of Computer Science and Engineering.

A second grant will fund the Towards Exascale Astrophysics of Mergers and Supernovae (TEAMS) research project. Improved simulations of supernovae and neutron star mergers carried out by TEAMS researchers will advance our understanding of the creation of the heaviest elements, like gold, silver, and many others, a second key research area of FRIB. How the heavy elements formed following the Big Bang is a longstanding mystery in astrophysics and cosmology. The principal investigator on the TEAMS project is William Raphael Hix from Oak Ridge National Laboratory.

“Simulations of heavy-element production has long been a grand challenge problem in astrophysics, always pushing the extremes of what was computationally feasible,” said TEAMS investigator Sean Couch, of the Departments of Physics and Astronomy and Computational Mathematics, Science and Engineering (CMSE), who also has a joint appointment in FRIB. “Now, with next-generation supercomputers combined with the experimental research that will be enabled by FRIB, we are likely to see a revolution in our understanding of these processes.”

Other MSU researchers involved in the TEAMS project are Luke Roberts from the FRIB Laboratory, and Andrew Christlieb, of CMSE.

The third grant was awarded to the Computing the Properties of Matter with Leadership Computing Resources project. Alexei Bazavov, of CMSE and the Department of Physics and Astronomy, is an investigator on the project from MSU. The principal investigator is Robert Edwards from the Thomas Jefferson National Accelerator Facility.

MSU is establishing FRIB as a new scientific user facility for the Office of Nuclear Physics in the U.S. Department of Energy Office of Science. Under construction on campus and operated by MSU, FRIB will enable scientists to make discoveries about the properties of rare isotopes in order to better understand the physics of nuclei, nuclear astrophysics, fundamental interactions, and applications for society, including in medicine, homeland security and industry.