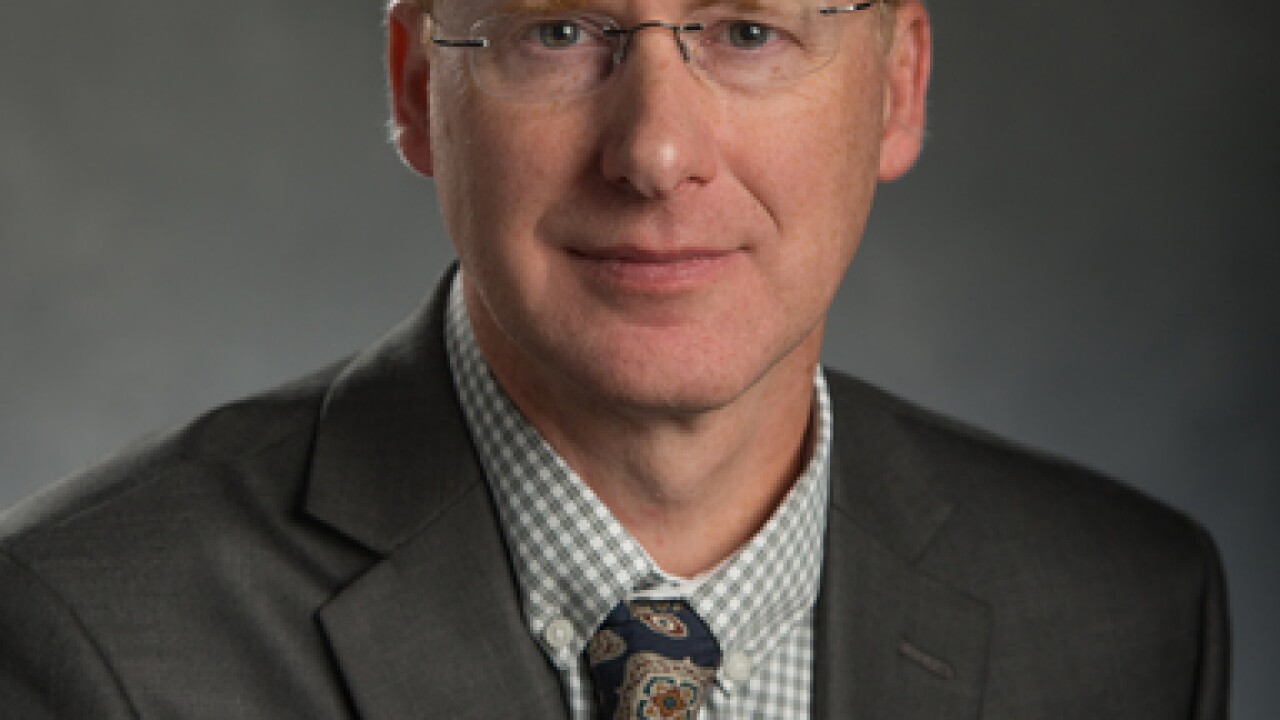 © 2017 MSU Board of Trustees
Derrick L. Turner
Professor Steven Lund of MSU has been named the new director of the U.S. Particle Accelerator School. Courtesy of MSU

Professor Steven Lund of Michigan State University has been named the new director of the U.S. Particle Accelerator School. His four-year renewable term begins on Dec. 1. He will succeed Professor William Barletta of the Massachusetts Institute of Technology, who has been director since 2006.

The USPAS is recognized as the nation’s premier training program in accelerator science and engineering. USPAS started in 1981 and convenes twice a year to offer a broad range of graduate-level accelerator science and engineering courses in an intensive-school format. Training and documentation produced by the sessions has been recognized for excellence and has had a profound positive impact on the field. All business and activities of the school are coordinated by the director and the USPAS office at the U.S. Department of Energy’s Fermi National Accelerator Laboratory.

“I am delighted about this appointment and eager to continue the outstanding work of the USPAS in educating current and future accelerator scientists and engineers,” Lund said. “It is a great honor to be selected, and I look forward to guiding the school to continued success.”

Lund has been a professor at MSU since 2014, and currently serves on both the Director’s Advisory Council and the Curriculum Committee for the USPAS, working with Director Barletta to coordinate school programs in the community interest. Lund’s position at MSU is at the Facility for Rare Isotope Beams (FRIB), and his focus is theoretical accelerator physics, emphasizing analytic theory and numerical modeling. He also teaches graduate courses in accelerator physics and advises students.

“Over the past 35 years the USPAS has developed a program filling a critically important role in the training and education for the national laboratories that use accelerators as research tools,” said Rod Gerig of Argonne National Laboratory, chair of the USPAS Director’s Advisory Council. “Those of us who represent the national laboratory and university community want to thank the outgoing director, Dr. William Barletta, for his service to USPAS over the past 11 years. We have enjoyed and benefitted from working with Dr. Lund on the USPAS Director's Advisory Council, and now look forward to working with him as the USPAS director as we move forward in carrying out this important mission.”

“Over its 35-year history, the USPAS has welcomed students of all levels of expertise, and in many cases introduced them to the science of particle accelerators,” said Jim Siegrist, associate director of the U.S. DOE Office of Science for the Office of High Energy Physics. “I look forward to Steven Lund continuing this great tradition.

The USPAS offers a continually updated curriculum of courses ranging from fundamentals of accelerator science to advanced physics and engineering concepts. The school is intended not only to meet the needs of national laboratories, but to educate people on the many uses of particle accelerators in other fields, including industrial and medical applications.

“Fermilab is proud of its work with USPAS, and eager to continue that work with Steven Lund at the helm,” said Fermilab Director Nigel Lockyer. “With thousands of particle accelerators in use around the world for dozens of different applications, teaching students the basics of accelerator technology is more important now than ever.”

MSU is developing its own world-class particle accelerator. FRIB will be a new scientific user facility for the Office of Nuclear Physics in DOE’s Office of Science. Under construction on campus and operated by MSU, the heart of FRIB is a high-power superconducting linear accelerator that will accelerate heavy ions to half the speed of light. FRIB will enable scientists to make discoveries about the properties of rare isotopes, supporting a community of currently 1,400 scientists.

FRIB is presently under construction—slated for completion by 2022—with first portions presently undergoing commissioning. Lund’s research aims to identify, understand, and control processes that can degrade the quality of the particle beam.

“Steve is an outstanding researcher and a passionate educator, both of which will serve him well in his new position,” said Thomas Glasmacher, FRIB Laboratory director. “I am pleased he was selected and know he will excel in this new role.”

Before arriving at MSU in 2014 to work on FRIB, Lund held a joint appointment at Lawrence Livermore National Laboratory and Lawrence Berkeley National Laboratory working on physics issues associated with the transport of beams with high charge intensity, design of accelerator and trap systems, large- and small-scale numerical simulations of accelerators, support of laboratory experiments, and design of electric and magnetic elements to focus and bend beams. Lund received his PhD in physics from MIT in 1992.

“The U.S. Particle Accelerator School has educated next-generation accelerator physicists and engineers for decades and through that, made sure that we can build ever better accelerators and develop new important technologies,” said Norbert Holtkamp of SLAC National Accelerator Laboratory, a member of the USPAS Institutional Board. “SLAC wants to thank Bill Barletta for his strong leadership during his tenure and we look forward to seeing Steven Lund implement his compelling vision. We also thank MSU and FRIB for their strong continued support.”

Michigan State University has been advancing the common good with uncommon will for more than 160 years. One of the top research universities in the world, MSU pushes the boundaries of discovery and forges enduring partnerships to solve the most pressing global challenges while providing life-changing opportunities to a diverse and inclusive academic community through more than 200 programs of study in 17 degree-granting colleges.

Fermilab is America’s premier national laboratory for particle physics and accelerator research. A U.S. Department of Energy Office of Science laboratory, Fermilab is located near Chicago, Illinois, and operated under contract by the Fermi Research Alliance LLC, a joint partnership between the University of Chicago and the Universities Research Association, Inc. Visit Fermilab’s website at www.fnal.gov and follow us on Twitter at @Fermilab.

The DOE Office of Science is the single largest supporter of basic research in the physical sciences in the United States and is working to address some of the most pressing challenges of our time. For more information, please visit science.energy.gov.