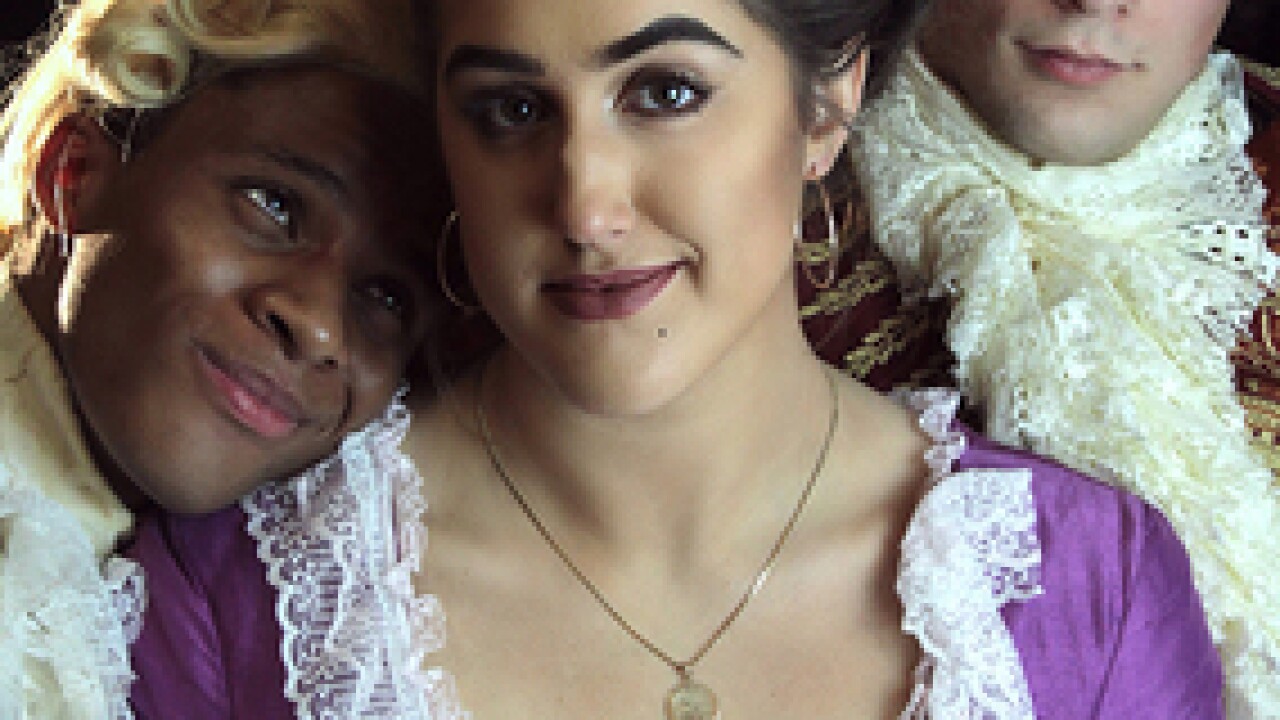 The MSU Department of Theatre is proud to present Molière’s "The Misanthrope" in a lively verse adaptation by Constance Congdon, based on a translation by Virginia Scott. Directed by Dan Smith, this biting comedy of manners brings rococo elegance and philosophical flair to the Arena Theatre November 10-19.

According to Smith, “'The Misanthrope' is a play about friendship and love in a world of absolute power enforced through surveillance. The play sets itself up as a romantic comedy. It feels like it should end with multiple weddings, but it doesn’t. Alceste has unrealistic expectations of the world in general, and of his beloved Célimène in particular. Célimène’s expectations are also imbalanced and unrealistic.”

The role of Alceste is played by Matt Greenbaum, a third-year MFA candidate in acting. He is joined by fellow graduate student Greg Hunter in the role of Philinte, Alceste’s best friend. BFA senior Janette Angelini plays Célimène.

Angelini describes her character as follows: “Célimène is an energetic, confident flirt and recent widow who has a deep struggle with commitment. Her life is centered on the balancing act she performs to keep Alceste and her other suitors in her back pocket. But how long can this act last? You’ll have to see the show to find out!”

Supporting roles offer scope for broad comedy: rakes, fops, pompous aristocrats and false prudes abound. BFA senior Evan Phillips plays the role of Clitandre. “I’ve played a lot of comedic characters during my time at MSU,” says Phillips. “Compared to my past roles, however, Clitandre is the most flamboyant of them all, and I’ve had a lot of fun playing a character who radiates such a high level of confidence and vibrancy.”

Constance Congdon’s rhyming verse adaptation, based on a translation by Virginia Scott, offers an exciting challenge to the actors. Smith was Virginia Scott’s assistant director on the original production of this version in 2000, when Congdon was workshopping the adaptation.

Directors often choose the late Richard Wilbur’s translations of Molière, but Smith prefers Congdon’s version. “Richard Wilbur was a poet, and Connie Congdon is a playwright. She understands actors better.”